Friends are chocolate chips in the cookie of life!

Believe it or not … Suanne’s chocolate chip cookies were so good that her recipe has landed into the Richmond School Board’s Grade 5/6 curriculum. He he he … not exactly … but this is how things happened: Just before Christmas, Suanne baked some chocolate chip cookies and gave some to Arkensen and Nanzaro’s teachers. Ms T, Arkensen’s class teacher, liked it so much that she told Arkensen she rationed herself to just one a day. She also asked Suanne for the recipe and decided to organize a class baking project using Suanne’s recipe. Well, the project was carried out today by Arkensen’s class in the staff room and the gym’s kitchen. The class was divided into two groups: the boys vs the girls. Here is a picture of the boys’ cookies:

The two teams were given the written recipe and were expected to make the cookies all by themselves. They are to learn how to read instructions very carefully. Suanne supervised the boys team while Ms T. supervised the girls.

Suanne can’t be at two places at a time and so she just took pictures of the boys in action. They had a great time and everyone took active part. Everyone wanted a hand in every step of the process that they did the math and divided the tasks equally between themselves. For example, when the recipe called for 4 teaspoons of vanilla extract, the boys divided the task into 8 half-teaspoon so that each of them had a chance to pour it into the mix. That is teamwork!!

Here are the pictures of them in action, starting with creaming the butter and sugar in the picture above. They then added in vanilla extract, flour, baking soda, oats, chocolate chips and shredded coconut. They had great fun … 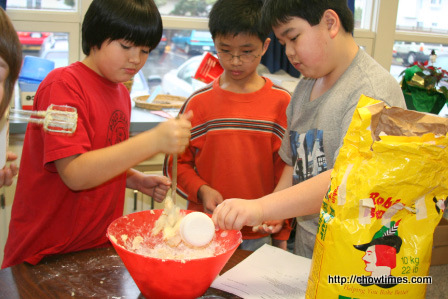 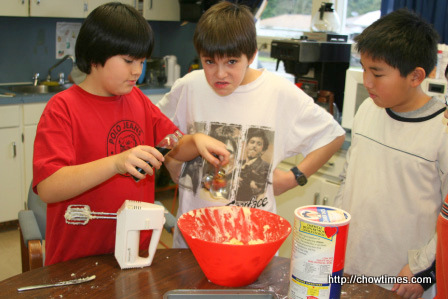 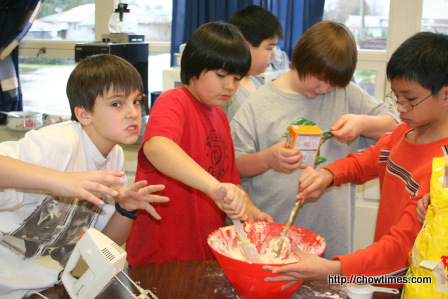 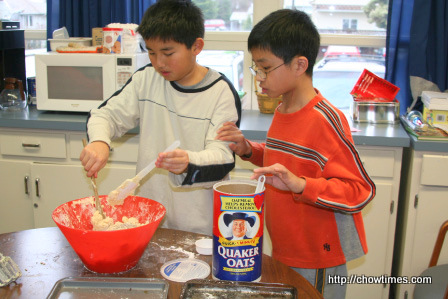 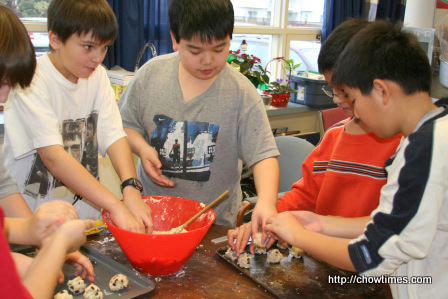 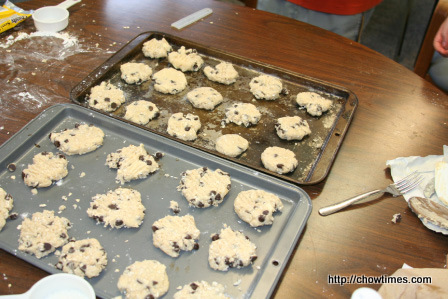 They are then ready to go into the oven — even though they are not round. The baking takes 10 minutes. Strangely, the boys did not fool around the kitchen but just waited patiently. I think this project has domesticated the boys!! That’s Steven and Steven with Arkensen below — domesticated and all. What bliss! 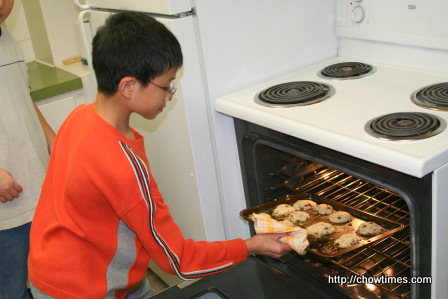 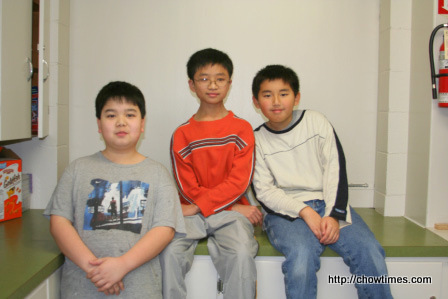 So, here it is. All done by the 5th/6th Graders. It was a great job by both the boys and girls team.

And finally the hardest part of the chocolate chip cookie baking project … the cleaning up. Trust me, savor this picture of Steven and Steven because it’s a rare sight. The other boys all disappeared from the kitchen to the class just in the nick of time. Arkensen coyly volunteered to bring the cookies back to the class for his group. He he he … that’s my boy!

Arkensen said that the cookies tastes just as good as mum’s. So, cookie baking duties in the family has successfully been transitioned to Arkensen!!

Email Arkensen if you want the recipe! 🙂 Don’t email Suanne.

Updated: 7th Dec 2011; Decided to put the recipe here so that I dont have to hunt high and low for it when I need it. Suanne