Govern a family as you would cook a small fish — very gently.
~ Chinese Proverb

We went to the Food Court in Crystal Mall for lunch on Saturday because the boys wanted Char Koay Teow. The Crystall Mall is a Chinese Mall located along Kingsway with Willingdon in Burnaby. It was always crowded when we go there during the weekend — it was just as crowded today. In Canadian standards, the parking was hard to get. 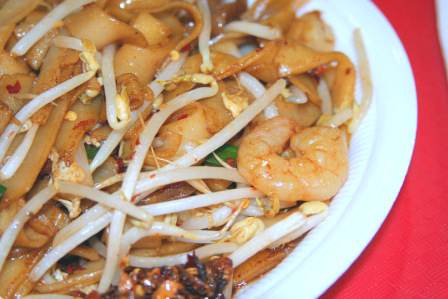 Nanzaro wanted Shashimi and opted for the tuna shashimi from the Ebi King stall. The dish consists of 5 pieces of average slices and costs $4.95. It did not look particularly fresh but Marc did gobble them all down in quick time. I guess he must have liked them. 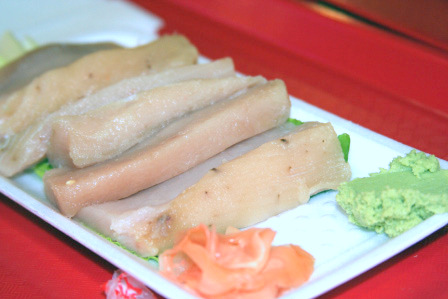 Arkensen has been gaining a big appetite lately. Apparently the char koay teow was not enough and he ordered another serving of sushi. He ordered the 18 piece combo ($5.95) which consists of California rolls, salmon maki and cucumber maki. The pieces are quite large — Arkensen did not manage to eat them all and we brought some home. 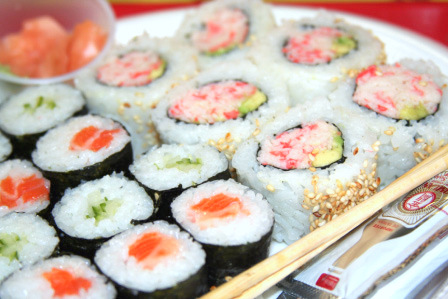 Suanne ordered Grilled Pork combo from the Korean Taste of Yongs stall. It was a rice dish served in two styrofoam boxes — it was a lot of food for $5.50. In one box was steam rice with kimchee, bean sprout and topped with a fried egg. The other box contained grilled pork served on glass noodles with some broccoli. This stall seems very popular because we see a lot of people eating it. It sure was great deal for the money.

For me, I knew I could just pick from the other’s dishes. Suanne bought about one pound of roast pork from the Chinese market downstairs from the food court. That costs about $8. It was pretty good but not really perfect. There were a fair bit bones and the skin was not was crispy/crunchy as I like it to be. The good part is that it does not taste salty at all. 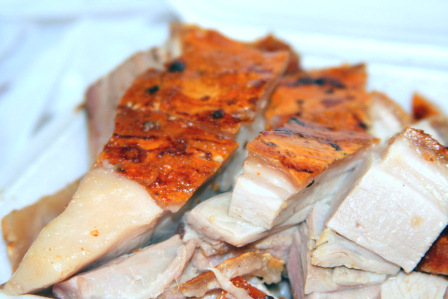 Gosh, we were so full … I think I will skip dinner again.