I don’t think you could get a better breakfast deal in Vancouver than the Breakfast for a Dollar from IKEA. We have always wanted to try this out for the past few years and despite the fact that we have an IKEA just 10 minutes from home, we have never been to one.

We decided to check that out and since we were somewhere near Coquitlam, we went to that IKEA instead. This IKEA is much larger than the one in Richmond and is located along the Lougheed Highway. They have a large restaurant on the second floor.

When we were there at just after 10am, there were already a long line of people queuing up for the dollar breakfast. The breakfast is served from opening time until 11am everyday. 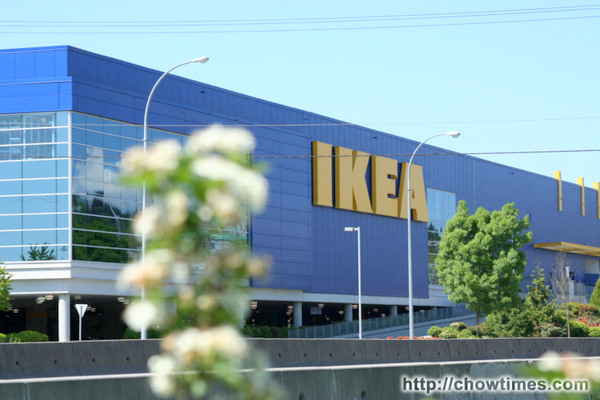 Service was very fast. The dollar breakfast consists of scrambled eggs, hash browns, two sausages, and a croissant. The croissant looks flattened and somewhat crispy and flaky. Is this how Swedish croissant is supposed to be? The serving was large and the food filling.

The coffee is 99 cents and you get unlimited refills. There are decaf’d and regular coffee. I am pretty fussy about my coffee but this coffee is really the kind I like.

There are also Penne Pasta in Marinara Sauce for 99 cents too. If I am not mistaken, it is served from 3pm to 5pm. We’ll definite try this one of these days.