No visitor to Kuala Lumpur will be able to miss the imposing Petronas Twin Towers and inevitably the Kuala Lumpur City Centre on which the Twin Towers are located. When Malaysia wanted to build the tallest building in the world, there were only one parcel of land in the city centre huge enough to hold the infrastructure required for the project. That piece of land was the old Selangor Turf Club which was relocated to the outskirt of KL in the 1990s.

The masterplan calls for a masterpiece of landscaped park surrounded by various high-rise buildings, the highest of which is the Twin Towers.

Suanne used to work about 3 minutes drive from the Twin Towers and I used to pick her up from her office after work. Because of the rush-hour jam, we used to spend time at the KLCC while waiting for the traffic to ease off before heading home. You see, the KLCC is also located smack in the middle of the Golden Triangle which is basically the downtown business core. Although there were many high-rise buildings, the roads were not built to cater for the volume of traffic.

The KLCC has this tranquility that is so odd when you think that you’re right in the middle of the busiest section of KL. At the centre of the KLCC is the Symphony Lake where the musical fountain plays at regular interval. I wanted to take shots of the musical fountain but apparently the fountain was under maintenance on the day.

ch as possible where they once stood. So, as one walked in the park, you will see quite a lot of such trees below. This is a rarity in Malaysia where in many other parts of the country there are wanton destruction of nature.

Suanne and I used to run along the 1.3 km track around the park. This is the best track we had ever ran on. The track were made of the same materials as those tracks in stadiums (what do you call that?) where it is bouncy. We enjoyed those runs. 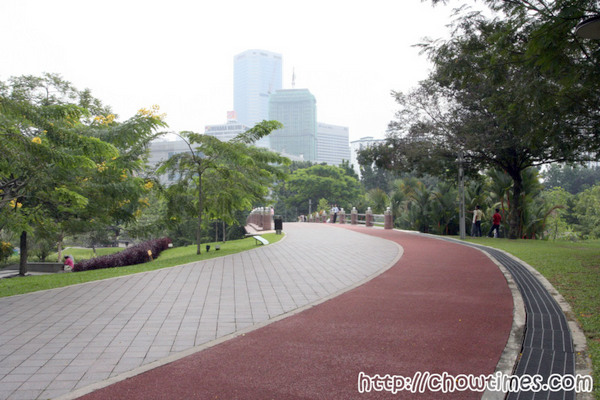 The lake is beautifully sculpted along the landscape. From every angle, you get to see a very different perspective. A lot of thoughts were put into the design. If you do happen to be in KL, you should take along a camera and just take a leisurely stroll around the park. There are so much to take pictures of.

Arkensen and Nanzaro used to play in the playground here on weekends. This was the first park where the ground were rubberized. Being fussy new parents then, we were always worried about our kids falling and getting scrapes. We like this playground because it is much safer and moreover, it was a very big playground. 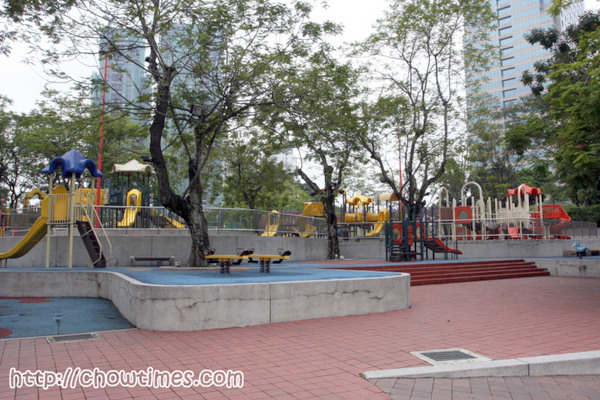 There is also a Childrens Pool complete with waterfalls and cascades. It is perhaps then the only free swimming pool in the city. On weekends, there are a lot of children enjoying themselves. 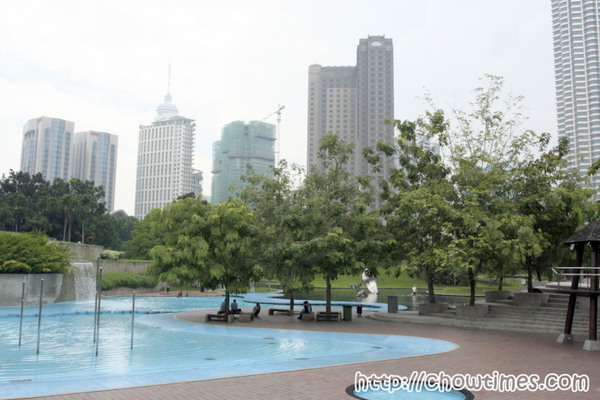 Of course, wherever you are in the park, there is always the imposing 88-storey Twin Towers. As much as I have seen the towers, I could not help but glancing at it every now and then. You just cannot simply ignore that building.

It was really hot and humid the day I walked around the KLCC. I can see that the air quality is getting worse. Over the next few days, the haze got worse which made good photography almost impossible.

Tomorrow, I will continue and blog about the Petronas Twin Towers.