This year is what is known as a dominant-year of the salmon spawning run in the Adams River. During the dominant-year, there are substantial returns of Salmon to their spawning grounds which runs into millions. The dominant-year happens every four years (2002, 2006, 2010 …) occurring in October. Every year, the Salute to the Salmon Festival runs for about 3 weeks. 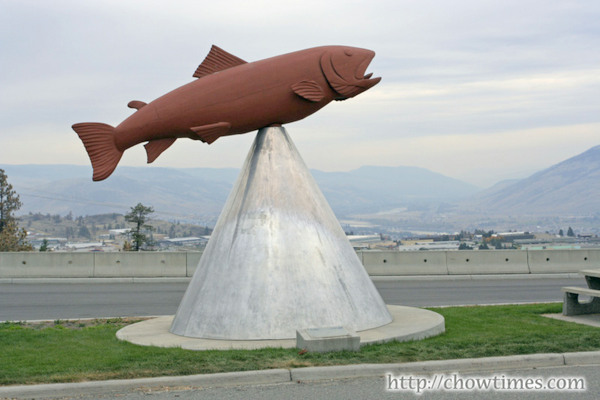 The Adams River salmon consists primarily of the Sockeye species. When we got there, we see a lot of birds feasting on the dead salmon. You see, Salmon are born in fresh water, migrates to the sea and after four years, they return to the very same stream to spawn and die.

The Adams River Salmon Run is best viewed from the Roderick Haig-Brown Provincial Park. This park is created to preserve this world famous salmon run. There were a lot of trails running along the streams, ideal for viewing the salmon from a near distance. 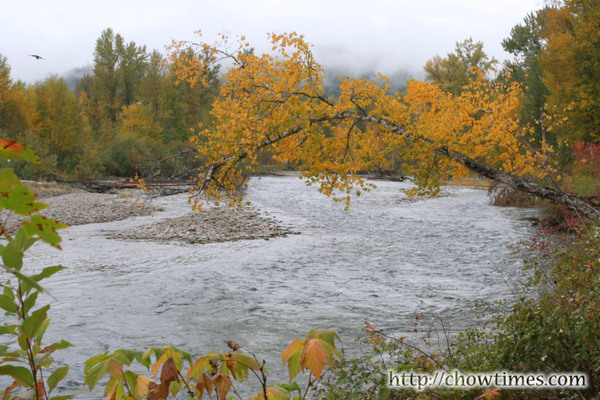 We went early to the park and already the crowd was beginning to build. Almost everyone is armed with a camera. 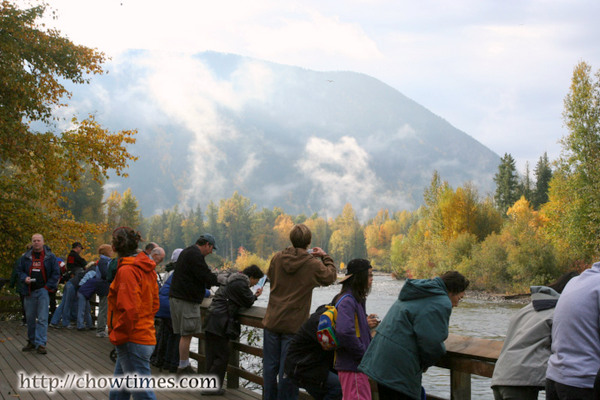 Although this is a dominant run year, the number of salmon returning was quite disappointing. The numbers were great but they were no near the anticipated numbers. Researchers cited the reasons being the river water temperature this year were higher and water level lower resulting in fewer salmon surviving the journey. We are concerned about the changing climate around us … this could be a sign that over years, the salmon will never return to the abundant levels it used to have.

We have seen photos of dominant run years where people are virtually walking on a sea of salmon. 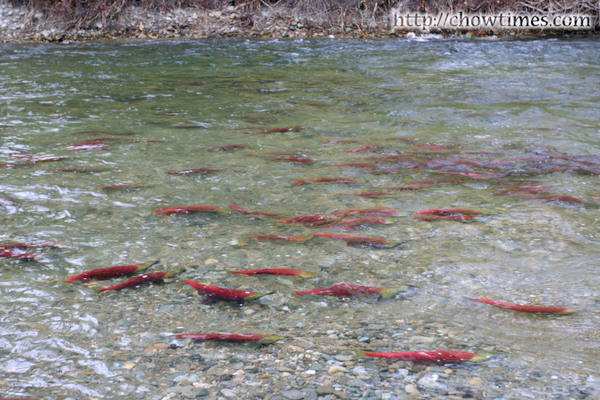 By the time the salmon returns to the spawning grounds, their body have changed to a red body with a green hooked head. They are at the last moments of their life. They will pair up female and male. The female will lay up to 4000 eggs and the male will shower the eggs with milt and then cover up the eggs with gravel.

The salmon at this stage cannot be eaten.

They then will just die. Needless to say, the whole place smells of rotting fish. No one seems to mind.

The life cycle starts all over again. In spring the following year, the salmon will hatch and begin their migration to the sea.

There Salmon Festival was well organized. There were a lot of information and demonstration. Below is the roe from the female salmon.

It is a pretty amazing event to witness and great to bring kids to.