Sujre made roti to go with the Indian Chicken Curry she made. The word Roti is a generic word for “bread” in India and South East Asia. The roti “bread” is not like what we are used to know … this roti is flat and shaped rounded.

Sujre prepared the dough on the morning before she came to the cooking class. So we did not get to see how she made the dough. However, she told us that she used the Golden Temple Whole Wheat Flour (known as Duram Atta). Duram Atta is a finely stone-ground, whole-wheat flour that uses the entire brown wheat kernel. This low gluten flour kneads easier and cooks quickly. Besides this roti, Atta is also used to make other roti variants such as paratha, chapati and puri breads.

The dough is made up by adding only water, a pinch of salt and a teaspoon of oil to the flour. The dough is set aside for 30 minutes to rest before it is used to make the roti. After resting, break the dough and roll them into golf ball sized portions. 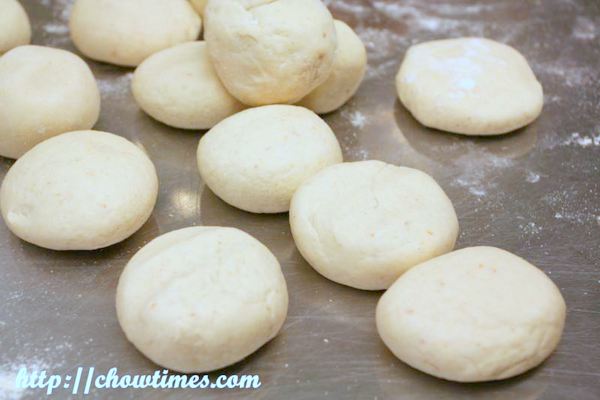 On a floured surface, Sujre rolled the dough out very thinly, like 1-2 mm thick. She used an Indian rolling pin which is smaller and has narrower ends. She moved the rolling pin in circular motion while rolling which creates a perfect rounded shape. She made it look so simple. 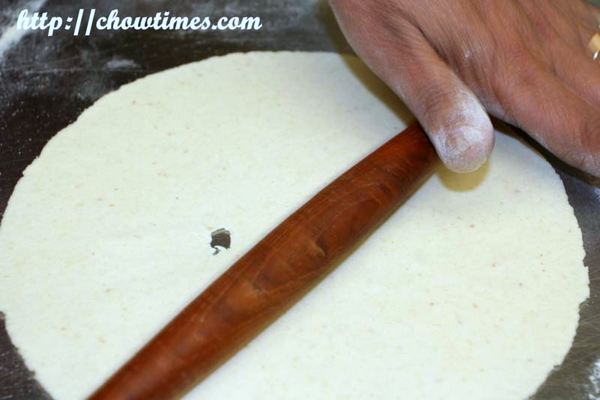 Well, we did try our hands rolling it, but many of us ended up with really odd shapes. We did have fun trying to do it nevertheless. It is not easy. 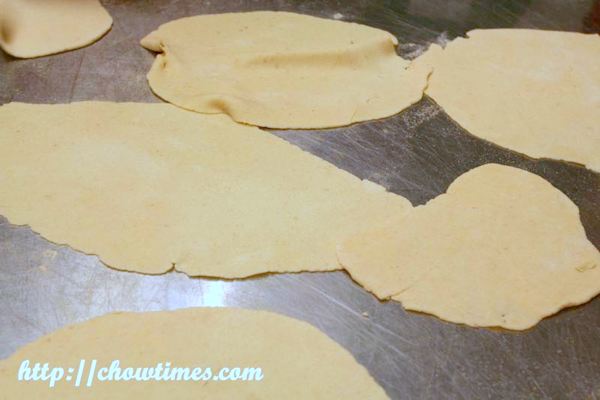