This is a very old entry that I had kept. It’s not really about food but about one of our favourite singing duo — the Air Supply. The pictures I took came out so surprisingly well that I could not resist blogging about the concert. He he he … it does show our age, eh?

Russell Hitchcock and Graham Russell came for a couple of days of performance in Vancouver sometime late last year. They performed in the Red Robinson Theatre in Coquitlam. 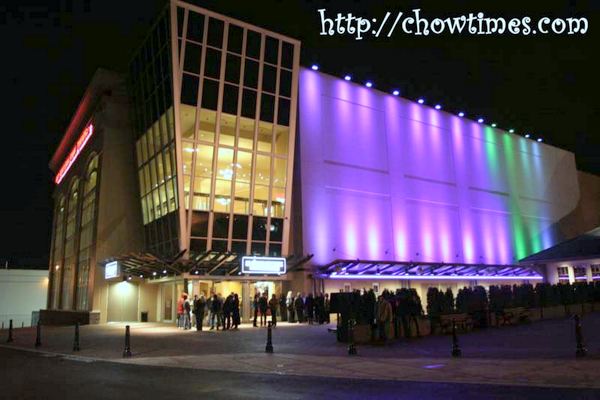 Russell Hitchcock, the lead vocalist, does seem very much heavier and older than I had always pictured him to be. Still, he had not lost his high pitch voice. Some of our favourites were “Making Love Out of Nothing At All”, “Every Woman in The World”, “All Out of Love”, “Now and Forever”, “Just When I Thought I was Over You”, “Two Less Lonely People in The World” and “One More Chance”.

It was disappointing that Graham Russell lost his voice, especially towards the end of the concert. He did apologize and explained that he caught something on the plane to Vancouver and it got progressively worse. What a bummer but everyone seems to understand. It’s a good thing that it was Russell Hitchcock did most of the singing.

It was one of the rare concerts that we were allowed to get up close and personal. Why, they even allow cameras! Suanne and I managed to get right up to the front. Everyone was swooning to the songs but I just took shots after shots … so much that Russell gave me a wicked stare!! 🙂

Suanne and I simply love their songs. We had a great time!

Well, we just can’t resist not blogging about food, can we? Before the concert, we had a quick bite at the Metro Bistro in the Boulevard Casino located next to the Red Robinson. Suanne had … again … cheesecake.

For me, I ordered the Fried Rice Noodles. It was not bad. You know how casino food always are — cheap and delicious.

Hope you enjoy this blog for a change.

Atlanta: Courtyard by Marriott in Cumberland