Update 27-Feb-2008: This restaurant could have been closed based on the status as seen on various restaurant review websites. Suanne and I had not personally verify this.

Last weekend, we did not know where to go for lunch. We wanted to go somewhere we had never blogged on before. So I drove to No 3 Rd in Richmond — can’t think of any place. Then I continued over the Oak St Bridge to Vancouver’s South East Marine Drive — nothing fancy. Then I drove up Main St — also nothing we liked. Then we drove through Broadway — sigh, also nothing we fancied. By that time, Nanzaro and Arkensen was complaining that they were hungry and asked why do I have to always go to someplace to blog … and why I can’t go just to eat!

After driving around for 15 miles, I decided to just go to the Orchid Delight. The Orchid Delight is a Singaporean-slash-Malaysian restaurant located on Burrard and Broadway. They were located some years back at Willingdon and Moscorp in Burnaby.

The owner is the same but it is much smaller now. However, because of their new location right smack in downtown, they now cater a lot to more non-Asians. They are much cleaner. I like the new look. Parking is limited to only two spots behind the restaurant. Otherwise, there are plenty of street paid parking. 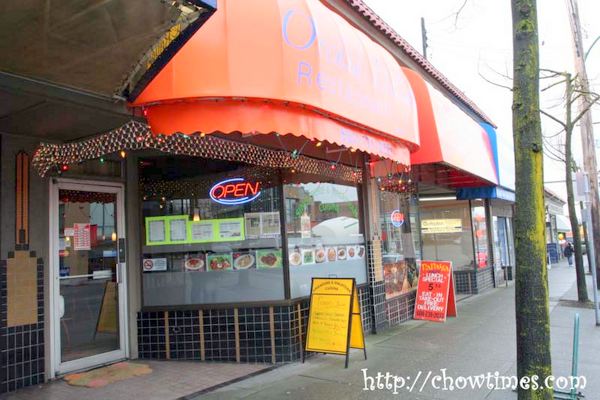 Suanne ordered their special of the day, Fried Oyster Omelette. This is better known as oh-jian and is a popular Penang dish. It is rather expensive … 13 bucks. That is the special price of the day. The normal menu price is $16.

Parts of it is crispy and others are moist — it is a very good balance of texture. Suanne ordered this spicy. One thing though, there were hardly any oyster on this — or at least we can’t see it. 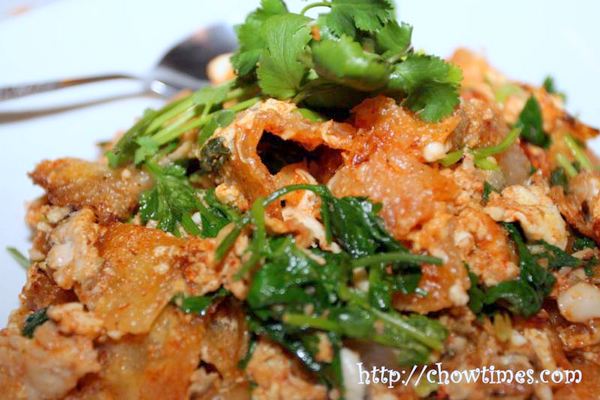 Nanzaro ordered the Salted Salmon Chicken Fried Rice — same old stuff! Good to know from our readers that there is redemption for our boys when it comes to food. Whew!

This one costs $9. It is not as salty as those we find else where. The chicken, we noticed, were not fresh. It seems like it’s from some leftover fried chicken. This is strange — they had bean sprouts fried together.

Arkensen ordered the Hainanese Chicken rice. The chicken had been de-boned. The dipping sauce were the normal garlic chilli plus a serving of oiled green onions. The traditional dips should include minced ginger. Seven bucks … not bad. 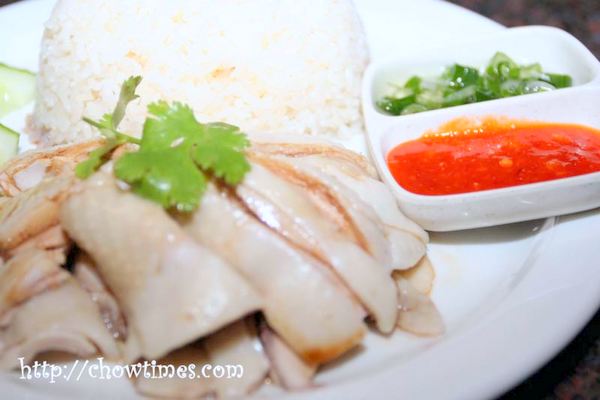 Me, I ordered the other Special of the Day, which is the Sweet Chilli Prawns served with steamed rice and tofu soup. This is the cheapest at six bucks. Lots of nice, large, juicy prawns fried with sweet chilli sauce. 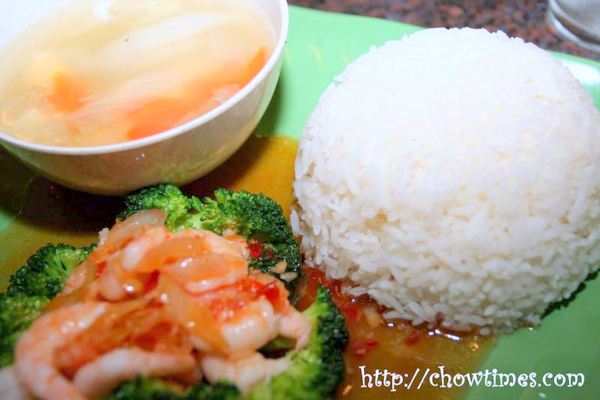 So, the total damage is $42 including tips. Pretty expensive, eh? The food is nice but I don’t think I’ll drive all the way from Richmond for this in the near future.