After a couple of mornings of breakfasts at the Hotel’s Al Dente Cafe, I decided to take a 5 minutes walk down the street to the McDonalds for a change. I could not see any other food outlet or restaurants serving breakfasts than this Golden Arches outlet.

I had the very familiar Bacon & Egg McMuffin meal. Like the McMuffin at home, this included the sandwich, a coffee and a hash brown. It’s 2.40 GBP … definitely much cheaper than the 19.00 GBP for the breakfasts at the hotel.

I had the Latte. For a moment, I had to figure out how to break the opening — it’s different from the ones in Canada. The instructions said to “pinch and push” … huh? And how do I push it aside so that it does get in the way of my nose when I drink it. I didn’t figure this one out. 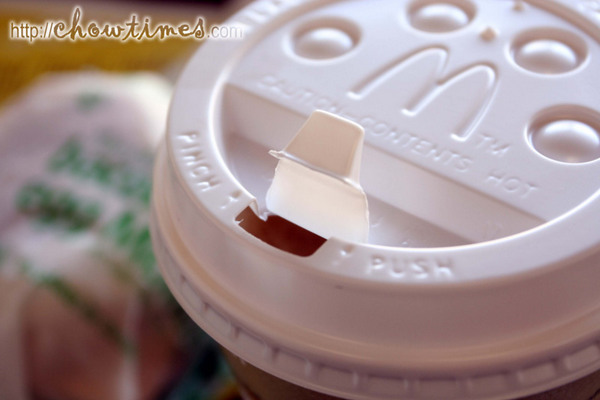 The McDonalds hash brown, well, is similar anywhere in the world. I know Arkensen and Nanzaro likes this a lot.

What is different with this Bacon and Egg McMuffin is the bacon. North American bacon is sliced thinner and in strips while the English version is thicker. I prefer the crispier North American version. The bun is the traditional English Muffin.

This is kind of confusing … The McMuffin originated from the US is made with English traditional muffin. The American Muffin is a cupcake and bears no resemblance to the English Muffin. Moreover, the English Muffin is more popularly eaten in North America than in England … go figure. 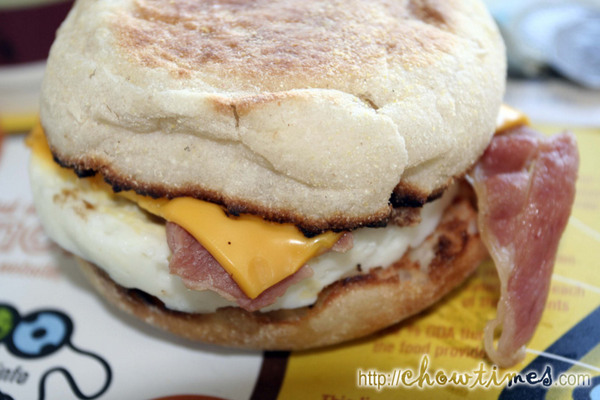 London Series: A Night Out at the Theatres