Before I left for this trip to London, I asked for recommendation from the readers of chowtimes. One of the comments left was from Eileen who recommended that I should try the roast duck from Four Seasons Restaurant in Bayswater. I replied that I didn’t think I would want to travel all the way to London to taste chinese food … well, I went anyway, no regrets whatsoever.

I had read a lot of reviews of Four Seasons — almost all of them commented about the long queues everyday and that they serves the best roast duck in London.

Finding Fours Seasons was much more easier than I thought. I took the tube to the Bayswater station, got out of the station and there it was … literally right in front of the station entrance. 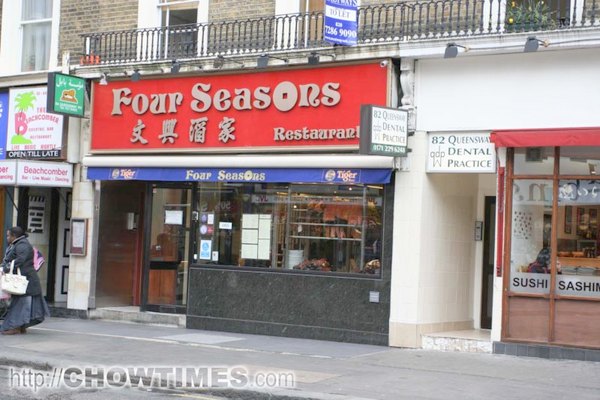 I would have expected that there are a lot more Roast Ducks and other BBQ Meat on display. Perhaps it was because I was there at about 4pm way before the dinner crowd starts coming in. I read so much about the long queues that I played it safe to come this early. 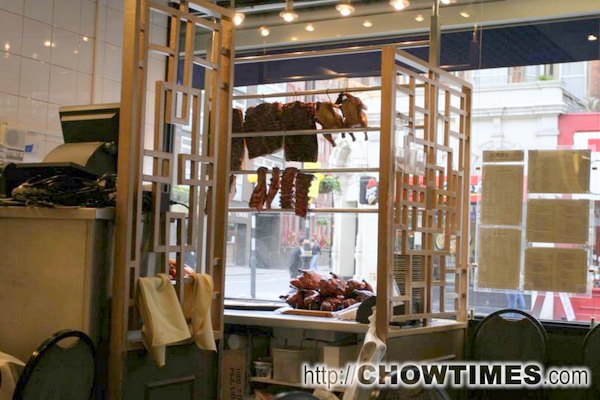 This is the best condiments that I have seen in any BBQ Meat restaurant. It’s such a simple idea that I am surprised not many restaurant had thought of doing it. The moment I sat down, they came by with a pot of Chinese tea and the plate of three types of chillis.

I cannot recall this completely. I think this is not free soup and that I ordered this. It was great. Actually, I was pretty dehydrated because I had only a small bottle of drinking water the whole day. This was a really welcome bowl of soup.

I ordered a “portion” of the Cantonese Roast Duck. I must agree … this is simply one of the best roast ducks I had ever tasted. It has a a right amount of fat and the skin is perfectly crisped. Duck meat are generally tougher meat but this one is so tender and flavourful. To me, what sets this apart is the light sweet sauce. Tasty! 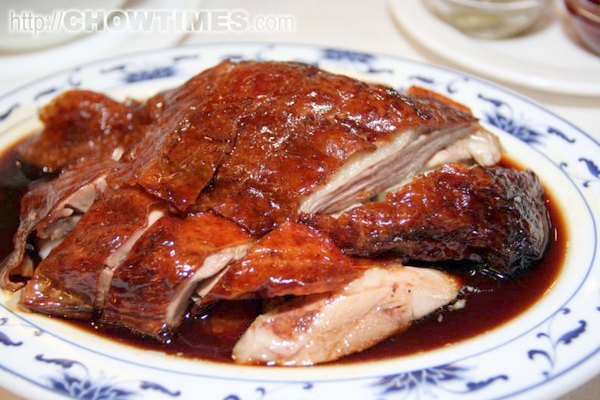 The total bill came up to just over 11 GBP. It is expensive for Vancouver’s standard. I think I can easily get this meal easily for half the price in Vancouver. They gave me two slices of oranges for dessert.

I see some tables ordering roast duck served on a plate of rice. I think it’s cheaper if one order it that way. 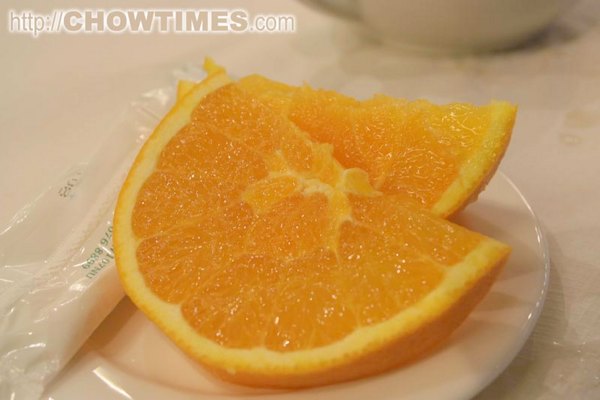 After the meal, I walked along the shopping street along Bayswater. It was a short busy street with a quite a few interesting shops.

It appears that there are a number of Chinese restaurants that looked exactly like Four Seasons. I found four other restaurants … all of the with large red and gold signboards and all of them displaying roast ducks in the front window. 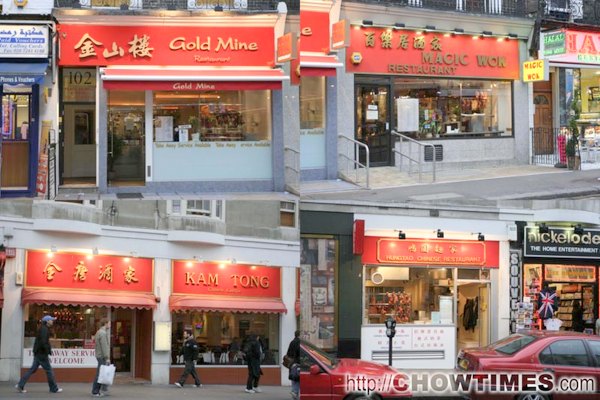