I did not know exactly where I was this morning. I was on a tram trying to get to the city centre when I spotted a bustling flower market. I thought I just spend a few minutes here to check out this place. It’s still early spring and so one could hardly see any tulips around. However, there were quite a lot of bulbs on sale — some of which are bigger than a fist. 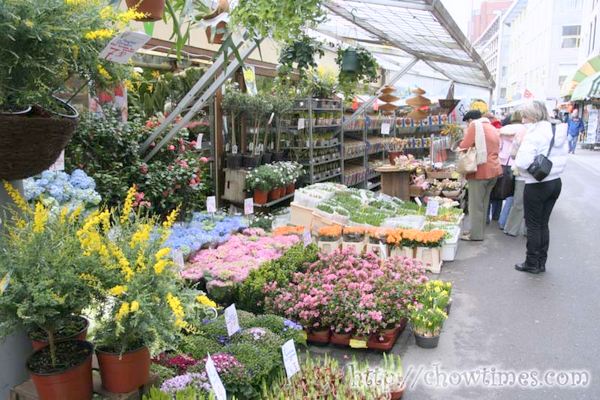 There were quite a few restaurants along the street where the flower market is. My only impression of a Dutch breakfast is the pannekoeken (or known as pannekoek in Canada). We had once tried these dutch pancakes in De Dutch here in BC.

So I guess this is where I could get the real dutch breakfast. 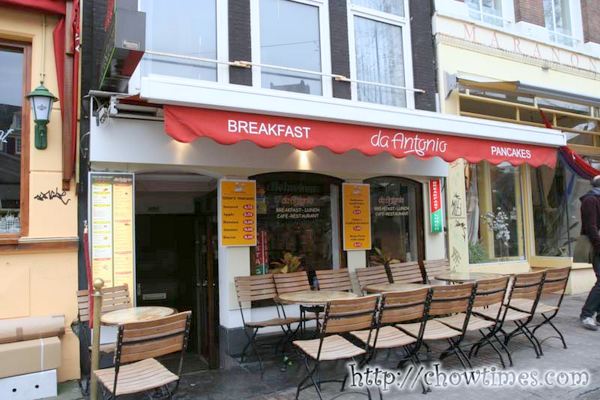 The interior is dim and cozy. It was early and I was their only customer. 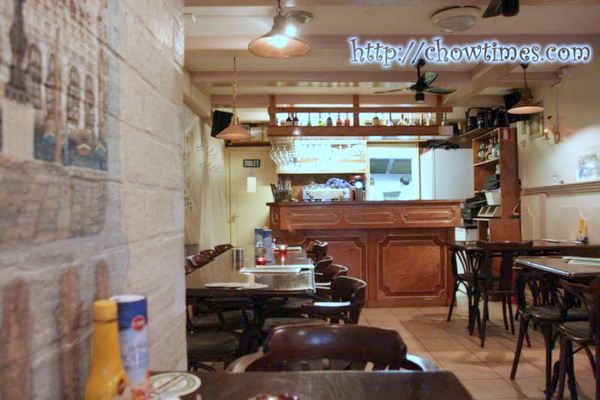 I ordered coffee as usual … always coffee with milk. And there’s the piece of cookie like they always give you with coffee in Europe.

I ordered the Pannekoeken but can’t remember which one I ordered. I thought it was banana but looking at this picture now, it does not look like it. Unlike Canadian pancakes, these are quite large but thinner.

I think the Dutch likes sweet food. On the table was three types of sweeteners. It’s easy guessing what they are even though you can’t read Dutch right?

My first stop of the day was at the Anne Frank’s House. The Anne Frank House is a museum dedicated to the Jewish girl who wrote a diary during World War II. She and her family hid from the German soldiers as they rounded up all Jews. There was a long line of people.

The museum is the actual house that Anne Frank hid in for a few years. We get to see the secret doorways that her father built and a glimpse of how life was during those few hard years leading to her eventual death in a concentration camp. It was a very moving exhibition. When we got to the final display, everyone was so silent …

I enjoyed the Rijksmuseum immensely even though a large part of it is closed for renovations. Of all the exhibits, I enjoyed those that showcased the Dutch golden age and how for a short span of 100 years, the little Dutch country dominated the world trade and culture. I also enjoyed the paintings, especially Rembrandt’s complex Night Watch and the simple Milkmaid painting by Vermeers.

The Dutch Wooden Shoe Cafe on Cambie and W17th, Vancouver