This is so, so amazing. Just an hour outside of Death Valley, we are confronted with scenery like these. I wanted so much to make stop every 30 minutes or so to take pictures but we are running quite late already. I had planned to get to Yosemite before 5PM but by 6PM I was still miles from Yosemite.

Most people would get into the Yosemite National Park through the western and southern entrances. There is only one way to get into Yosemite from the east. That is the Tioga Pass.

Because of the high elevation, the Tioga Pass is closed during winter months. Some years, it could be closed for up to 9 months. If you plan on taking this entrance into Yosemite, especially in spring or early summer, you better check if it is open to traffic.

At the entrance to Yosemite, I was somewhat shocked to find out that it will take another 1.5 hours to get to the Yosemite Village. I had no idea how big Yosemite was and frankly, I was ill-planned for Yosemite.

The Tioga Pass is a mountain pass that winds through the Sierra Nevada mountains. The elevation is almost 10,000 feet from the sea level. To think of it, we were just hours ago in the Death Valley of which some parts were below sea level.

I lost track of the distance along the Tioga Pass but I think it is about 10km or so of winding roads. Although the road is generally clear, there were quite a bit of rocky debris on the sides of the road. 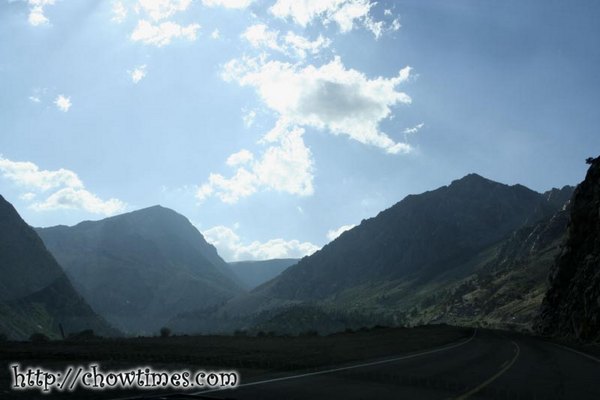 The view along the Tioga Pass Road is simply breathtaking. We pulled over where we can to have a closer look but we know we’re running out of sunlight. If we had more time, we would have at least planned a stop for picnic. This was simply spectacular.

Equally amazing is the meadows along the way. We gave ourselves 15 minutes for a stop at the beautiful Toulumne Meadows. Gosh, I was beginning to think that spending two nights in Yosemite is not going to be enough … I mean, I had not even gotten anywhere near the Yosemite Village. 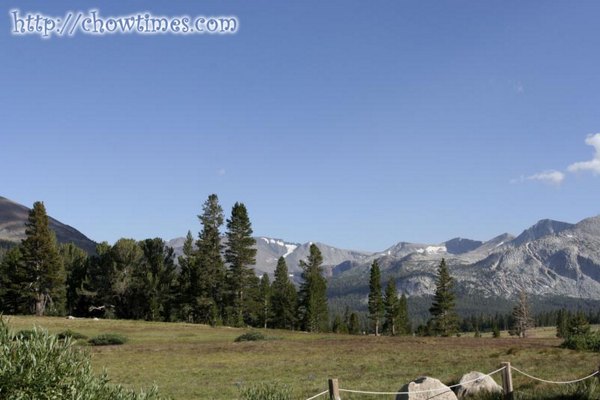 I read that you’re very near Yosemite when you get to the tunnels. That’s where you’ll get a glimpse of the grand Yosemite Valley for the first time.

It was a jaw-dropping view. Even though I had never been there, I could make out the El Capitan and the Half-Dome from where we were. I had goose-pimples! I am on a race against the clock … I need to get to the Village before it gets too dark. Moreover, we are getting quite hungry. 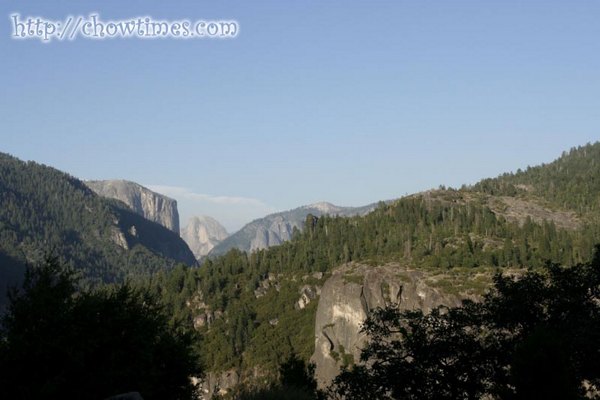 For the next week, we will be blogging about Yosemite. The boys were jealous … that we don’t have as many places like these in Canada. 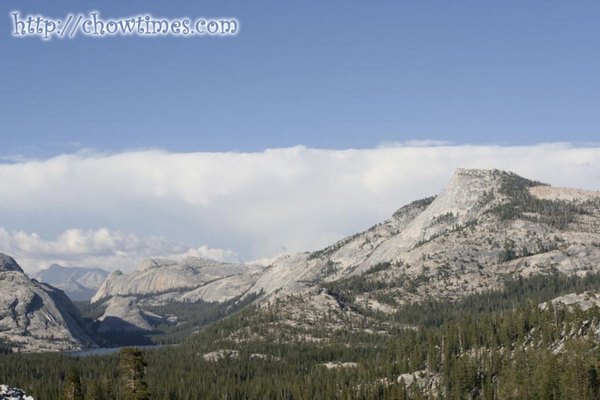 Yosemite Vacation: Sequoias in Mariposa Grove and Dinner at the Yosemite Lodge