It had been a long day at Great America where we only had hot dogs, M&Ms and chips to sustain us since breakfast. We were quite hungry by the time we got out of the theme park. We already knew where we’re gonna go for dinner that day. Where we were staying in, there seems to have a lot of Asian restaurants, in particular Korean. It had been quite a number of days since we had a full Asian meal and we really wanted rice and noodles.

Just a walk across the street from our hotel was Pho Hoa. We have already spotted that familiar name the day before. It was an unanimous choice for dinner. Besides fried rice, our boys are quite addicted to pho too.

We had been to a Pho Hoa in Richmond before. We don’t rate the pho in Richmond’s Pho Hoa as some of the best we tasted but since we’re on the road and have been missing real Asian food, this is just perfect. 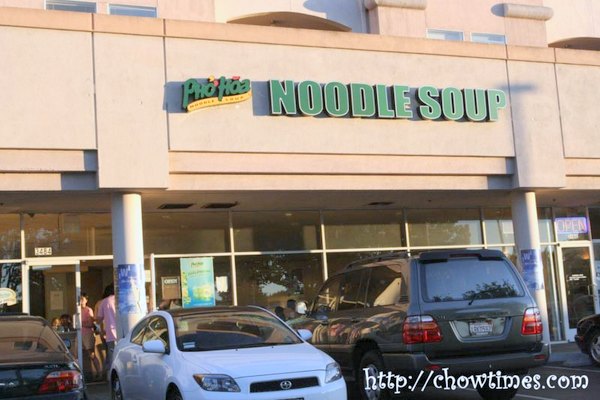 Pho Hoa is a franchise and have dozens of outlets throughout the US, Canada and Asia. They proudly pasted a big sign on their entrance about them being in the Top 400 Restaurants in America. I don’t know what the significance it is of this Top 400 rank … I guess it is a big deal here in the US.

We also found out that Pho Hoa first started in the neighboring city of San Jose. Wow … we are close to the epicenter of the Pho Hoa movement. This had gotta be good. 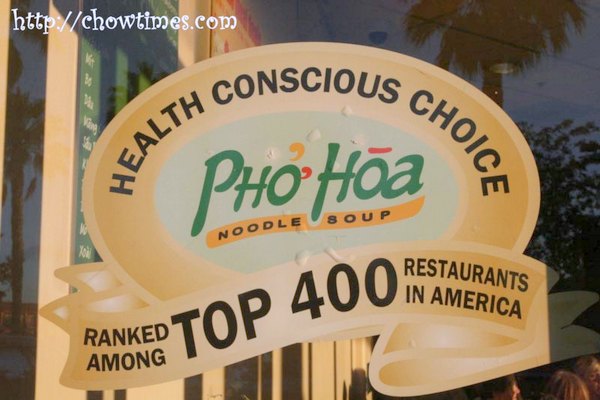 Here they gave all of us iced water. The ice is different … not in cubes or tubes but in pebble size. Nanzaro calls these ice-cutes, not cubes.

The bean sprouts were fresh and crunchy. You can see they are not fresh if the roots are brownish. We see some people putting these bean sprouts in their pho … yucks, we hate to do that. Instead, we just munch on them while waiting for the pho to be brought to the table. Oh, we don’t use the leafy vegetable and lime too.

Pho Hoa claimed that their food is a “healthy choice” on their menu. Well, I don’t know about that. I have always thought that it’s a “hearty” for sure. Without finding out, I always assumed that such food contains a fair bit of MSG. Also, I think red meat is not exactly healthy food, especially the cuts they serve in phos. 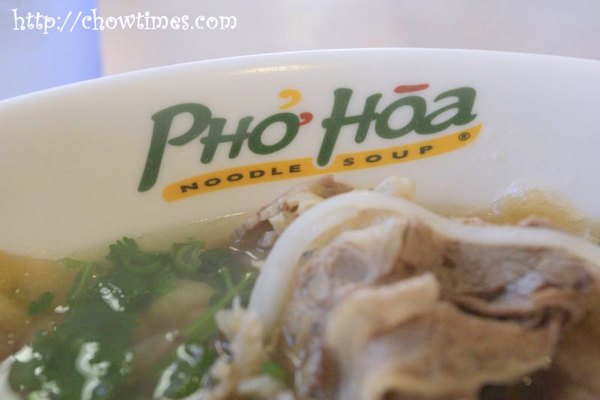 All of us had pho. BTW, what’s your favourite cut? For me, I love tendons and tripe. I don’t care much for the thinly slice beef flanks. My boys love meat balls. Suanne, well, she takes whatever we had. 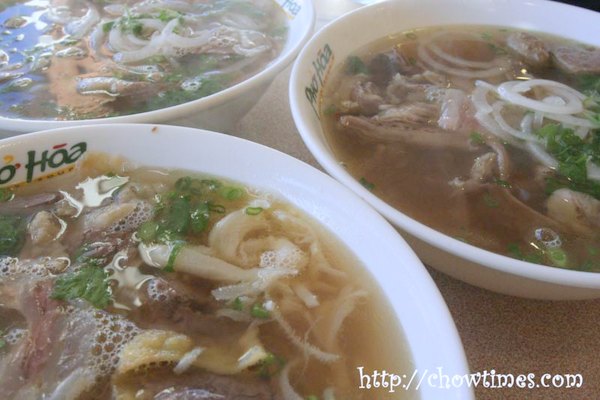 I can see that our boys are bigger eaters now. Already, Arkensen have an entire large bowl of his own and his younger brother is gobbling down more out from Suanne and my bowl. By next year, we gotta adjust our dine out budget by another 33%.

Seven bucks for each bowl of large pho. Nice meal.

My Chau on Kingsway, Vancouver

Pho An Nam Moved To New Location on No. 3 Road