It’s a long story and I won’t get into why we took BART. Short story is that we were advised NOT to drive into San Francisco as it is very expensive to park and impossible to find. We saw some signs that says “$37 per hour”!!

The fact is we took the BART from somewhere near LAX to get to downtown San Francisco. I’ve never seen a bigger subway train … the cars are very wide … much more wider than those I have seen else where. This reinforces my perception that everything in the US is big. I can’t remember how much exactly it is we paid for the trip from near LAX to San Francisco but I distinctly remember that it is quite expensive for the 4 of us.

To us, the centre of San Francisco seems to be Powell and Market St. This seems to be the transportation hub of the centre. We already knew what we wanted to do first … walk over to Union Square and make our first stop … for cheesecake … with a view.

Suanne had never been to a Cheesecake Factory before and is dying to try one out. There is one at the top floor of Macy’s just in front of Union Square. This is perhaps one of the best place to go for a “meal with a view” in San Francisco.

It was a pretty long wait as we got there at about lunch time. Since we had TWO breakfasts already that morning, we just went for their cheesecakes. Suanne had a great time gawking at those cheesecakes while waiting. I know she wants to order everything. You know, I was thinking they should create a “sampling menu” in this restaurant. Why did they not think about it?

We ordered three pieces of cheesecakes. Oh gosh … they were so rich, no, too rich as a matter of fact.

We lost most of the pictures taken in the Cheesecake Factory. I don’t know what I did but I lost a lot of pictures. At least I got this one. BTW, the bill came up to $27 including tips. 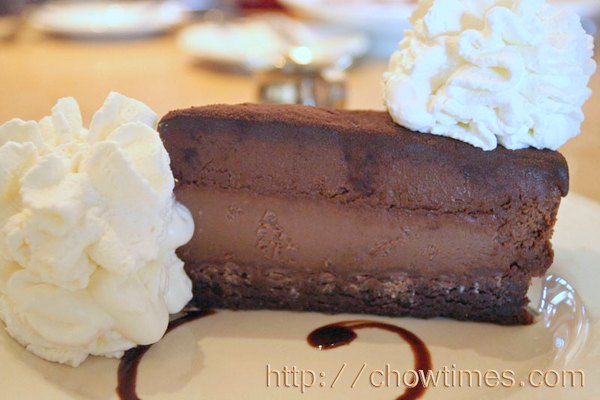 On the first day, I thought we should just do a walking tour using the directions from a guidebook I gotten from the library. The tour will include Chinatown, Coit Tower, Lombard Street and back. It looked easy on the map and close together but the hills are really daunting. We went ahead anyway.

Perhaps the highest point in the city is the Coit Tower. Mind you, it’s a steep climb to the top of the hill. 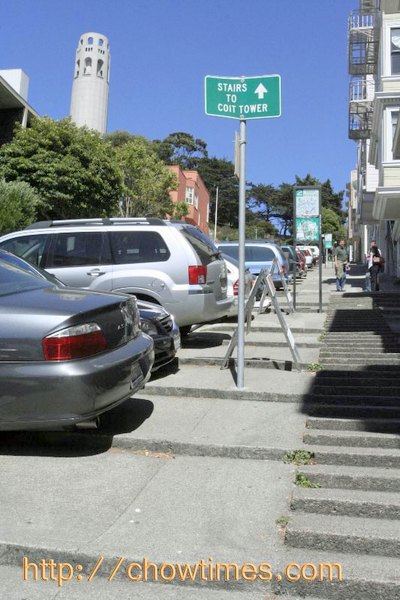 The slopes are so steep, it’s unbelievable. I bet all cars in San Francisco have automatic transmissions. Not only the streets are steep, they are also narrow.

We had to pay to get to the top of the tower. The entrance fee for whole family is $13.

You could see most of the major attractions and landmarks in San Francisco from here. My only beef is that the lookout windows are covered in scratched plastic glasses.

The Ferry Terminal … we had planned for a stop the next day. I also learned that the bridge at the background is NOT the Golden Gate bridge … Golden Gate is red in color. I think some people make the mistake of thinking this is the Golden Gate.

Pier 39 … you can’t say you have been to San Francisco if you did not at least make a stop in Pier 39.

Alcatraz … pretty expensive and require prior booking. We’ll also blog about this place in the next few days,

… and Lombard Street … often described as the most crookedest road in the world. I read somewhere there is another street that is even more crooked with more turns in shorter distance but Lombard Street is the one which is the most famous.

Am not sure how people get this started. There is this wall that people stick their chewing gums. It’s gross don’t you think? Gross but amazing … and fun too!

We made this mistake of walking from Coit Tower to Lombard Street. It seems so close from Coit Tower. It was a long trek but we made it to the top. Almost every car that goes down Lombard is a tourist car. How do one know? Well, they all have cameras and video cameras.

Getting back is another struggle. The trolleys are full by the time it got to the top of the hill. We decided to walk … all the way back to Union Square. 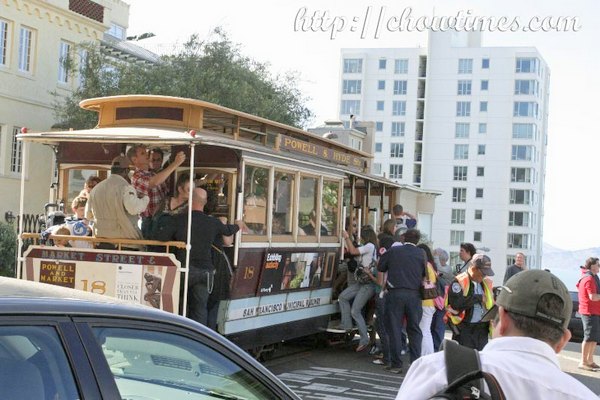