It is supposed to take about four hours driving direct from San Francisco to Reno. Since we made a 2 hr stop at the Jelly Belly Factory and then took a leisurely drive, the entire journey took double the time. Well, we were in no rush anyway. The plan today is just to get to Reno and then hit a buffet.

We made a stop but just can’t recall where exactly (maybe Truckee) where we learned that this is the stretch that President Eisenhower had traveled on as a soldier that spurred him to champion the Interstate highway system as it is today.

We can’t help but contrasting Reno with Las Vegas. Really, Reno is a much more smaller city but the city’s economy is centered around casinos. Reno is definitely more walkable. One thing though about the casinos, the indoors seems to be way smookier than in Las Vegas.

We stayed in a nice hotel. It is much much cheaper here than in Las Vegas for sure. 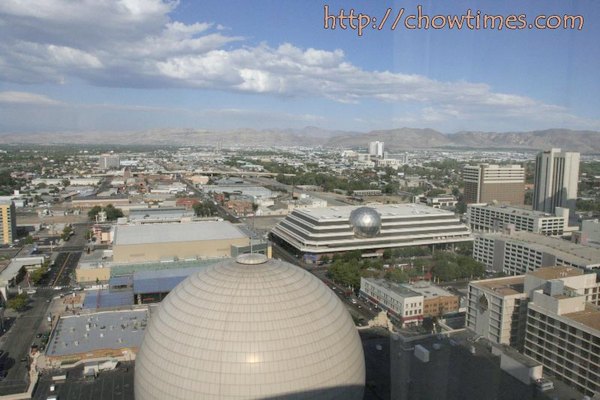 Reno is known as the Biggest Little City in the World. What does that title really mean?

Anyway, we walked around the few blocks in the city centre. Really there are nothing much to see and do except for some shops and of course, casinos.