Armed with the Canadian passport, we went across the border again the following week. I don’t know about you but there is this something special about the Canadian passports and Canadian travelers. I seems to think that a lot of people in the world actually likes Canadians. We are the quiet, respectful kind of travelers and we don’t make enemies around the world! Almost …

I recall once that American travelers actually get maple leaf patches for their backpacks when they travel. This is so that people will leave them alone thinking that they are Canadians. Have you heard of that before? It was in the news about a year ago or so only.

This time round, we tried going south via the Pacific Crossing. The radio was saying that it wait was “about 20-30 minutes”. They were just about 30-40 minutes off their estimated wait time … took us a bloody 1 whole hour to cross.

And just my luck again for picking the wrong lane. With just a couple of cars in front of us, there was a problem. Not sure what it was but it sure took them a long time checking and cross checking the car … took them almost 15 minutes. 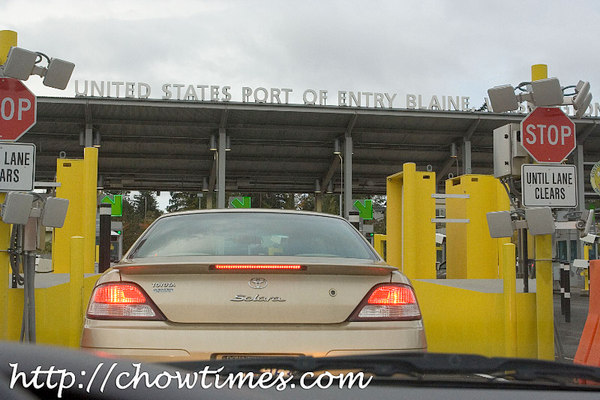 I kind of like and at the same time hate the US highways. I mean, they are wide and well constructed but I sure hate to see them in Beautiful British Columbia.

As we were in Burlington, I thought I drive past Krispy Kreme and see if they are making the donuts then. This Krispy Kreme location is where we had our first ever Krispy Kreme. Man … it was (and still is) the best donuts that I had ever tasted before.

There is only one Krispy Kreme in the Vancouver area — in the far flung city of Surrey. Before that store opened, we used to drive all the way to Burlington for Krispy Kreme. Oh yeah, I remember I once told the border guard that I am going over for Krispy Kreme and he found it funny. 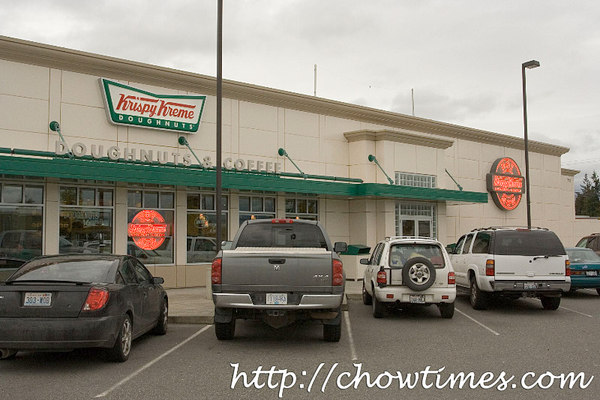 You would know that that they are making hot donuts when the neon sign outside their store lights up. That is the sign one must look for before going in. 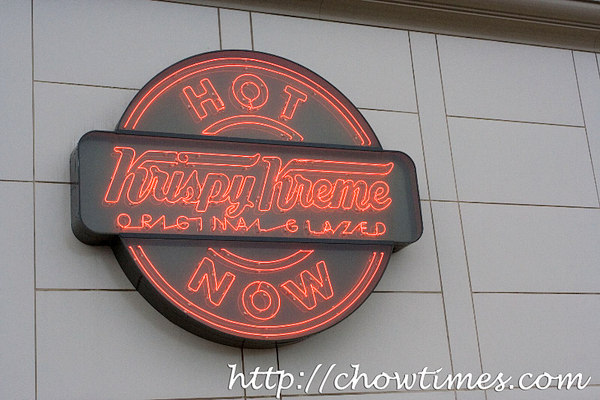 I like the place … it is wide, spacious and very clean. With so much sticky syrupy sugar around, it’s amazing that they could keep it so clean of sticky smudges.

For the first timers, you simply must see how they make fresh donuts. They let the yeast rise slowly first through this conveyor. 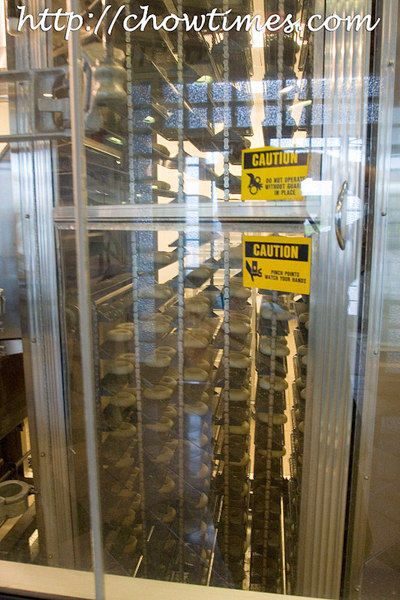 Then it was deep fried, flipped over and then glazed. 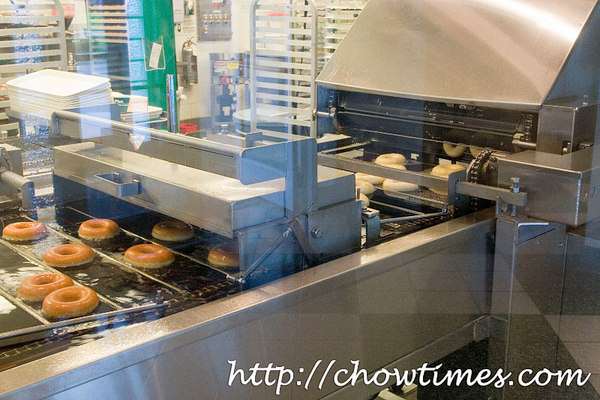 I think it’s a tradition in every Krispy Kreme. They give free samples to everyone. The best Krispy Kreme is always the ones that they pick up hot off from the machine. It’s hard to describe that feeling of the soft warm donut melting in your mouth.

We had always gotten their two dozens variety pack. For about 13 bucks, you get one dozen of original glazed and another dozen of donut varieties. 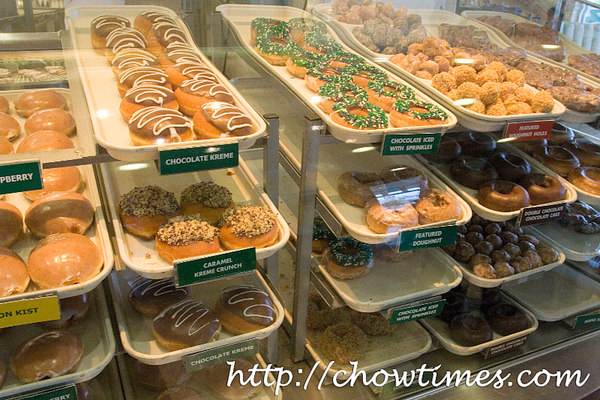 Being chocolate lovers, we got one each of everything chocolate. Suanne and I love their filled donuts … especially the creme filled and lemon filled ones.

Their signature donut is the Original Glazed. This sets Krispy Kreme apart from all other donuts. They taste more than alright by themselves … no need to dunk this into coffee. They are also so soft that you need to hold them ever so lightly lest you squishes them and make them fall apart! 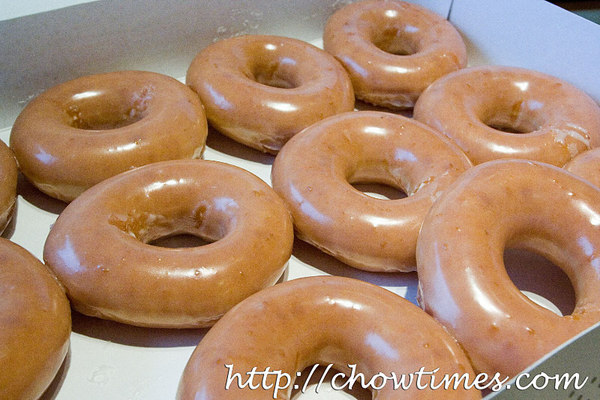 Despite its “goodness”, Krispy Kreme had actually fallen on bad times. I think its because people are beginning to eat healthier and perceive them having zero nutrition and is nothing more than just sugar and fat. Each donut which you can gobble up in 3 seconds had 210 calories! Still, we love it.