New York is a really expensive city. I spent a whole week scouring the internet for hotels and the best I could come up with was a $150 rundown hotel room in Manhattan. I finally got a motel room in New Jersey (North Bergen) that costs only $89. It was a pretty good sized room but the best thing is that it takes just 15 minutes to get from the hotel doorstep to the Port Authority Bus terminal.

The moment I got out of the station, I spotted the Chrysler Building — it was pretty exciting to me. Can’t believe I was finally in New York!

Before I came to NYC, I had been quite fearful of crime, especially when I had planned to lug all my camera gear in a backpack with the tripod that juts out — a dead giveaway that I have camera in my bag. You know what … my fears were totally unfounded. I had never felt more safer in any American city than in NYC. There were so many police cars and police men on EVERY block.

The first morning I ended up in Manhattan was pretty overwhelming. A short 3 minutes walk from Port Authority brought me up to Times Square. It was exactly how I imagined it to be — very busy and lots of animated digital advertisements all over the place. They are bright even in the morning.

I remember it took me quite a while to get myself oriented. My first stop was the visitor center to get some info. For this trip, I had planned not to go for a Broadway show but would definitely want to get into the David Letterman’s Late Night Show (more about that later).

I also got myself a bunch of free maps. These maps were simply indispensable. I used them so much that they did not last more than 3 days, they were all torn up. Anyway, they were available in lots of places, so finding a replacement was easy.

The ones I use a lot (the yellow one on the left), is the subway map. Traveling via the subway is often the best option. The purple one in the middle is the bus map. The last one on the right is the Manhattan street map which shows street names in greater detail. Generally, if I wanted to travel north-south, I would use the subway … and then if I wanted to travel east-west, I used the bus. NYC has a very efficient public transportation. It is so efficient that I heard NYC has the lowest percentage of people owning drivers licenses.

NYC is big, but not that big. By that, I mean NYC is very much walkable as it is flat and a lot of attractions are close to one another. So, sometimes I don’t bother to take the subway or buses and just walk … it’s a great way to see the city.

I got myself a MetroCard which I could use on both subways and buses. The 7-day unlimited rides card costs only $24. This is the first thing you should get the moment you get into NYC. There are machines located in most stations where you could buy the MetroCard. 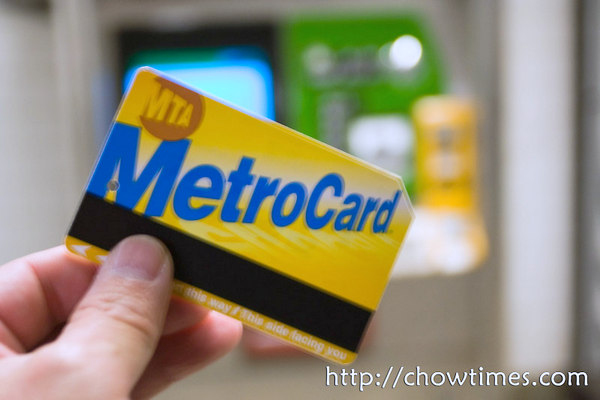 I believe NYC has one of the the biggest, if not the biggest, subway system in the world. While it is efficient, I am not impressed with the system because it is so old. I felt that the air in some of the stations were quite bad and smelly … it is hot and humid too. Each time a train comes by the entire station rumbles.

It took me a couple of days to get a hang of the system. This is because some tracks has several “lines” operating on it.

I also got the CityPass for New York. It costs $65. With that I get access to six attractions at half the entrance prices which includes:

This saves quite a bit of entrance money. The other thing about this pass is that I could use it to bypass the long lines that often forms in these popular attractions.

There is another kind of such passes. I think it’s called “Go New York” or something like that. I did not like that one. This other card allows you access to places by the day … i.e. visit as many places as you can in a day for a price. I did not want to run from one attraction to another the whole day long. My plan was just to visit one major sight a day, maybe two. 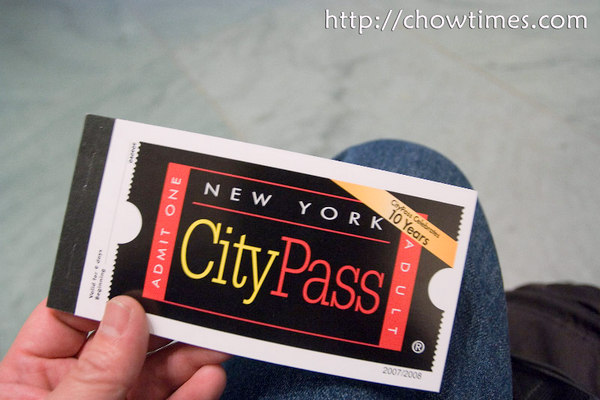 Next stop … the United Nations.