So … where were you on 9-11 when the World Trade Center was attacked?

For me I remember that morning well. When I switched on the TV in the morning, the first plane had just hit the North Tower of the World Trade Center. It was all surreal. At the time, all the report was saying is that a small plane hit the tower … and then everyone saw it … a second plane coming in from the south and hit the other building. I still went to work that morning, I thought I had to because my company was only days from cutting over to production a $30 million project. Before I left home, one tower came down. Driving to work, I heard on the radio that the second tower came down too. Nothing much happened at work that day even though we’re in a different country and thousands of miles away. It’s the day the world stopped. This is just my little account of the event.

In New York, there are over 8 million people. I know everyone of them has something to share of that day when it happened, if you ask them. It happened to them and their city. The 9-11 event will stay with them for the rest of their life.

The first plane screamed just over the light brown building below before crashing into the North Tower. Everyone knows that both 1 WTC and 2 WTC collapsed but seven hours later 7 WTC (48 stories high) too collapsed from the damage and fire. When I was in NYC, they had completely rebuilt the 7 WTC building (the glass tower on the right).

I went very early to the Tribute WTC Visitor Center. If there is one thing I wanted to do for the day, I wanted to visit the WTC site. I was determined to get myself signed up for the walking tour around the perimeter of the site of the Freedom Tower. It costs $10 for the entrance to the exhibits and another $10 for the walking tour. I believe that the CityPass covers entrance to the Visitor Center because I was only charged $10 when they found that I had a CityPass with me.

The visitor center was well organized into several galleries. The first gallery started off with showing us how life had been in the Twin Towers back then. How it was a little city on its own … how people’s life centered around the towers. It was not just a complex of office buildings but a real community just like your own neighborhood.

The next gallery shows the entire event on that day it happened. I spent a lot of time here, reading and listening to the sounds of the radio communication and news broadcasts.

Then the gallery moved on to describing the aftermath and the recovery effort. Below is the remains of a window of one of the planes. Here, we can really see and feel what the people went through. I wondered who sat by this particular window and what went thru his/her mind. I also saw a firefighter’s jacket that was ripped in half from the falling debris.

On that day, 3000 people were murdered. They were just normal people … people like you and I.

I also spent a lot of time going over the personal notes and memorabilia of the people killed. It was moving. I don’t know when the note below was written but it came from a little child to his mom. I know that the child’s mum must have been the center of his/her life.

There were thousands of such memorabilia … 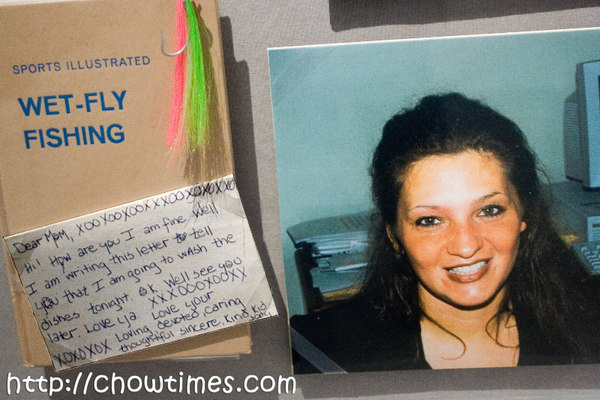 I wished I had more time at the Tribute WTC Visitor Center. I spent about 45 minutes at the galleries before the walking tour starts. The walking tour was led by two volunteers. One of them was living (and still is) in a small apartment block on the south side to the Twin Towers. She was trapped in her apartment when the WTC came down but survived getting out. It was mesmerizing listening to her account on that day. How it was a quiet morning for her … going to the market around the block … coming home … and her world changed after that.

I did notice that everyone who attended were really quiet … just absorbing and reflecting on the events of the day as it was described … some had misty eyes. It was moving for me too.

The other guide was a teacher just a couple of blocks away from the WTC. Her husband, well, was a firefighter in Brooklyn. She told us that when she heard about the attacks, she knew her husband will be called to the WTC … every firefighter all around NYC was called. She did not get the chance to speak to her husband on the phone. Her husband was one of those who did not survive the collapse. Even after so many years, her voice choked when she told us her account of events.

I wished everyone in the world gets to see and hear of what happened on that day … yes, everyone … everyone including the people who committed that hate-filled act. Through out the tour, the focus was all on what the people went through and how they rebuild back their lives. There was not a single word of retribution, anger or revenge. That to me takes tremendous courage and strength to do on the part of New Yorkers. 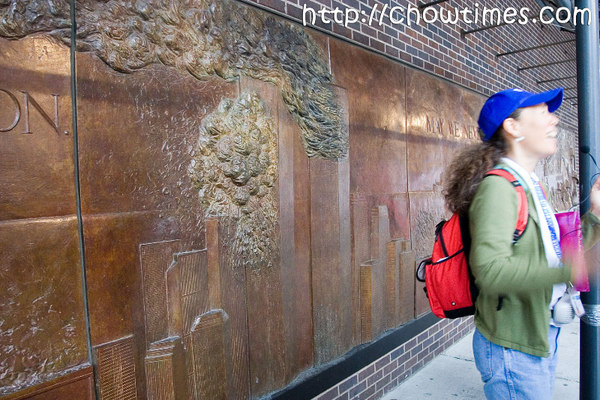 The big hole is being filled up very fast. I remember seeing on the TV the long wide ramp that led into this unbelievably deep and large hole that used to hold the basement of the WTC. 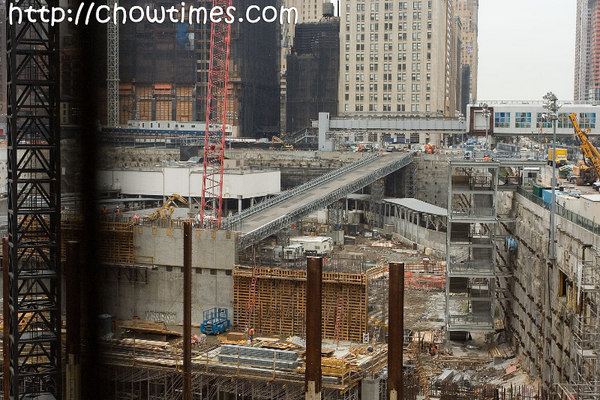 They recovered a fragment of a memorial of an earlier terror attack on the WTC . The WTC’s basement was car bombed about a decade earlier. Although the bomb ripped through 5 floors of car parks (and killing several people), the building stood. Anyway, they are figuring out how they will be using the small recovered fragment of the memorial to be part of the new memorial. 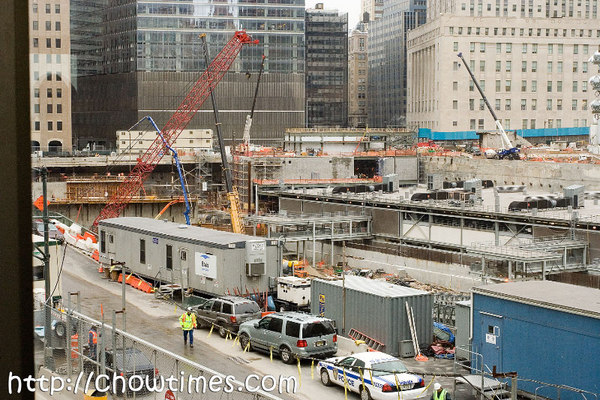 Everyone on the AMEX headquarters working on the World Financial Center survived the attack. However, AMEX also maintain a small office of nine staff on the WTC to more closely support their customers. Everyone of the AMEX employees on the WTC did not survive the attack. So, AMEX built a memorial to everyone of the employees. It was called something like “pool of the eternal teardrop” and is built in the lobby of the building. From the high ceiling, there are nine drops of tears constantly hitting the poll below. And on the sides of the pool were the names of each of the employees and a few words of description of them.

After the walking tour, I went over to the east side of the ground zero site to this little church that was facing the WTC. This was where the firefighters call it home for sometime. 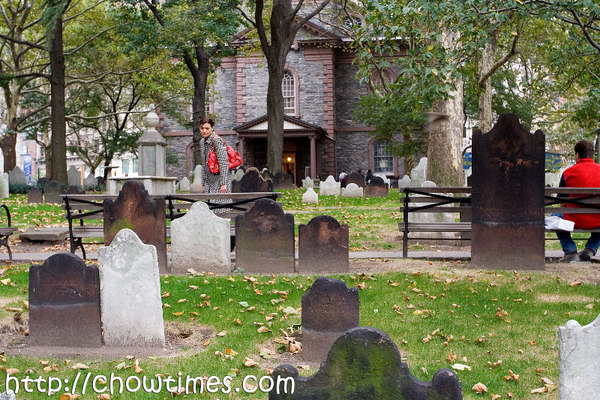 Finally … from one great city to another. The city of London presented this bell to the people of New York. I am sure this will find a permanent home one day at the Freedom Tower.

I actually went away from this visit seeing a very human side of New York. I had always thought of NYC being impersonal and cold. No, not anymore. I know the events on 9-11 had made New York and it’s people stronger then ever before.