A large part of my day was spent mainly in Central Park. It was a lot of ground to cover. The entire Central park covers a rectangular area of 2.5 miles by 1/2 mile. Compared to Vancouver’s Stanley Park (which to me is the most beautiful urban park in the world), it is just slightly smaller. For all intents and purposes, the Central Park is the backyard of New York City.

The area around Central Park is known for it’s expensive real estate. 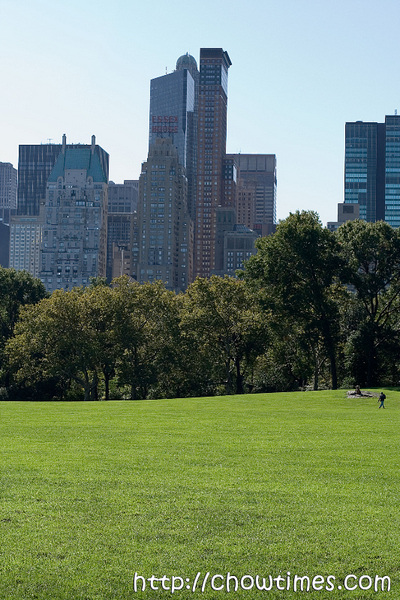 I started off from the Central Park South and 5th Ave. From this entrance to the park, I saw that Apple Store … the famous glass cube store on 5th Ave. I remember seeing this store on the TV when Apple launched the iPhone. Not an Apple user myself, I decided to walk over and check it out.

The store was very busy with a lot of people. What I enjoyed was all the various Apple equipments put out in the open for people to try. I spent sometime with the iPhone (or was it iPod Touch?), never having handled one before. I like it … flipping over pictures with a flick of the finger and pinching to resize it. Nice. I felt like just buying one … but sanity prevailed … I think I’ll get bored with flicking and pinching once the novelty wears off in a couple of days.

I like the cylindrical elevator they had that takes the visitors to the underground store. It is so basic and bare. Pay attention to where the door is or else you might just walk into the glass. 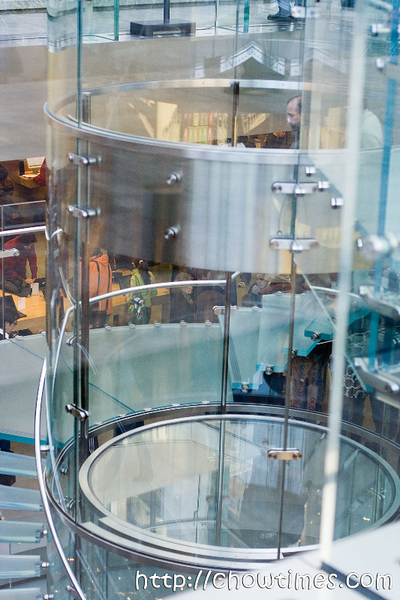 There are a lot … and I mean A LOT … of horse carriages for hire. They are lined through out the outside streets of the Central Park. I walked through the south perimeter of the park and they are virtually lined up half way through the block. The horses stinks.

Did you know that the Central Park is 150 years old? When it was being built, 10,000,000 cartloads of stone and earth turned it into a lush park as it is today.

Of all the urban parks in the world, Central Park is perhaps the most well known. I like it when cities carve out a large of their urban area for parks. In summer, Central Park is actually several degrees cooler than the streets around the park. So, this place offers respite to the summer heat and is a popular retreat for families in Manhattan.

A good place to start your tour of the Central Park is The Dairy. This used to be a real dairy where people actually come to buy their milk. Today, this refurbished Victorian Gothic building houses the Visitor Center. This is the place to pick up a park guide, map and events calendar. It was closed for some reason when I was there.

I so needed a map because it could be confusing walking around the huge park. Instead, I took pictures of the park map boards and check the map on my camera LCD display. Neat trick, huh?

There were a few people down at the skating rink. It was late October when I was in New York. It was hardly skating season as it was not cold enough. Rather, I think it’s too warm to maintain ice outdoors. Anyone knows if this opens all year round? 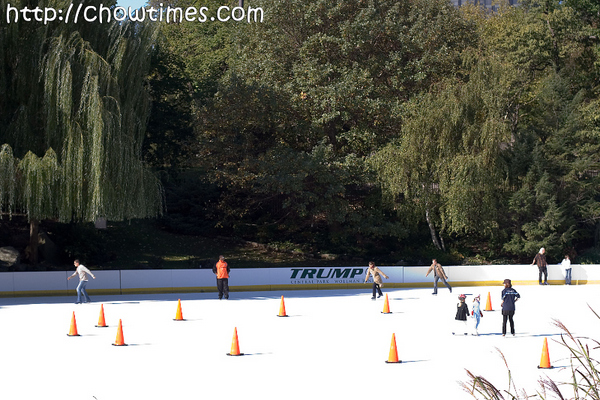 As I walked around the middle part of the park, I saw that some parts of the park were closed and there were a lot of broadcasting equipment, seat terraces being setup. It later dawned on me that they are setting up for the New York Marathon the following weekend. 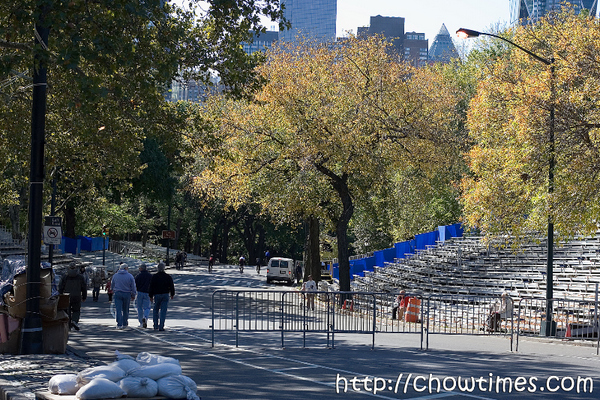 There are about 30 bridges and arches in Central Park with no two alike. The most photographed one is the Bow Bridge which is a cast iron bridge with a graceful arch. It is called the Bow Bridge because it is like a big bow tying together two large sections of the park. 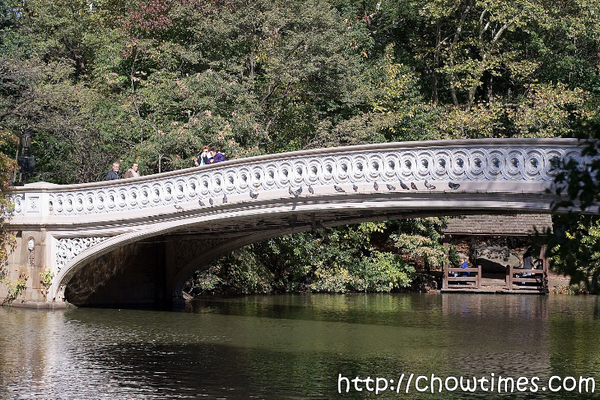 BTW, in NYC, you will see a lot of building like the ones below where the upper half of the buildings are tapered off. It is because there is a building law that says that all tall building have to be designed such a way to allow more sunlight at the street level.

I enjoyed the walk around the park. There are lots of places for good shots.

I sort of got myself into a movie while I was in Central Park … more about it tomorrow.