Updated: 31st Dec 2014; This restaurant is closed according to Urbanspoon.com.

One of the must-visit places that I had on my list was Paseo. I did some brief research before the vacation and found that everyone is raving about this place. I could hardly find anyone that had anything negative at all despite the various shortcomings like parking, tables, etc. As a matter of fact, everything is bad except for the food. The food is so good that everyone overlook these shortcomings.

Locating the place was difficult. We have an address but Paseo did not have a sign in the store front at all. There is not even a number posted on it. We took a couple of drive up and down the road and each time the GPS announced “you have arrived”, we looked around and did not see any restaurant at all.

Paseo, after all, is just a shack. We had not expected that.

Paseo is sometimes described as a Cuban and at times a Caribbean restaurant. 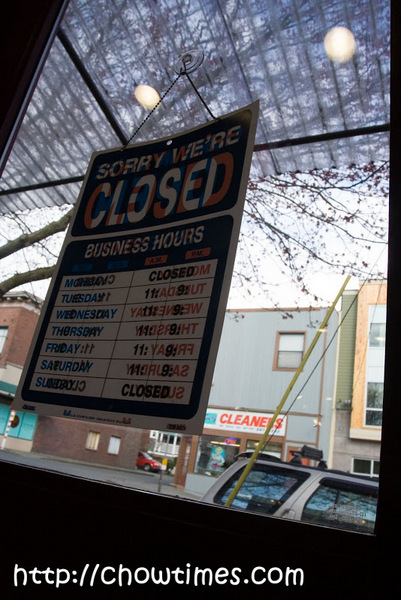 We only found this place after the third day. When we first came by at night, we could not locate the place and left. On the next night when we finally figured out the location (by counting address numbers!), we found out to our chagrin that it was closed. Paseo closes on Sundays and Mondays.

The place is a shack alright, not quite what we expected. He he he … it is certainly not what one would call a family restaurant. We felt kind of out of place here.

The place is so small that they had only six very tiny tables in the entire place. Also, if there is a queue, the queue will snake out of the outlet even if there are 6 people in line.

They accept cash only, so be forewarned. After all, this place is a no frills place. All they care about is good food.

The first order was their Cuban Roll Sandwich. Although it was snugly wrapped in paper, this had got to be the messiest sandwich we had ever had. It was awesome because it is also extremely juicy and moist and had oozings all over our hands and plates. The sandwich too was crusty.

Oh, you know how cheap Paseo is when you see that they serve their stuff on plastic Chinese plates! 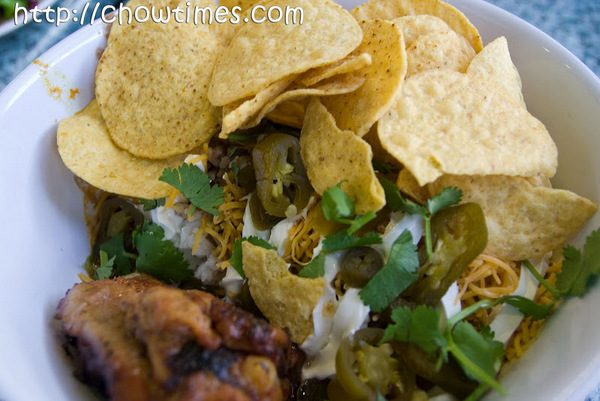 We also ordered the West Caribbean Bowl. It is like some chilli rice. I am sure it is great for some but we found this like some weird combination. We did finish this but I won’t say that we love this.

The 1/2 Chicken Dinner Platter was much better. It was no big deal really … just chicken and rice with some of the most colorful vegetable combinations we ever had.

The total bill came up to $30. For a shack like this, it seems expensive but we’re not complaining.

When we were done, we were expected to clear our own table. We just need to chuck everything through the hole on the counter. If you want a drink of water, you could help yourself with the cups and tap just next to it.

We could come back for their sandwiches again but not the other stuff.