By the time we got to the hotel, checked in and dropped off our bags it was already past 2PM. We were not too hungry but decided that we should just get something to eat since we only had cereals for breakfast. I guess it must have been the excitement that we’re not feeling that hungry. We asked the hotel’s front desk where we could find food and they pointed us to the Union Station.

The Union Station is an old station built at the turn of the 20th century. At that time, train travel is the main form of long distance travel. The city designed and built this station as a ceremonial station and as a grand entrance to the city of Washington DC. Today it is the main train hub in Washington DC. We started our day from this station everyday. 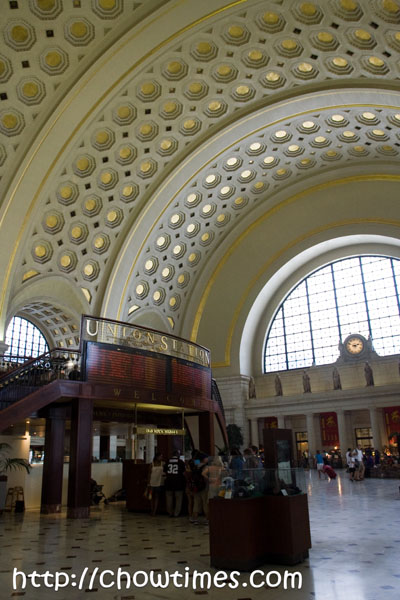 Considering this a building of over a hundred years old, it is amazing that it looked so new. I felt that this station is brighter and better maintained than the more famous Grand Central Terminal in New York City. Like many other buildings in Washington DC, the ceiling is designed with sunken panels. 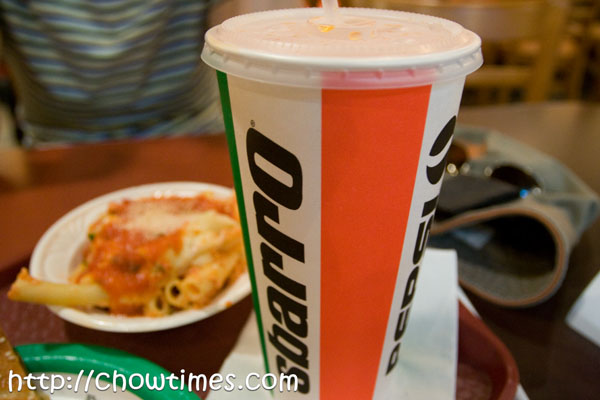 Washington DC was unbelievably hot and humid in summer. We were more thirsty than anything. We walked around the level where there were a few places to eat and decided to stop by Sbarro. I saw a lot of Sbarro when I was in New York City and decided to try it. Sbarro is a fast food joint that serves Italian food.

It was not cheap, I recall. We just had this slice of pizza and … 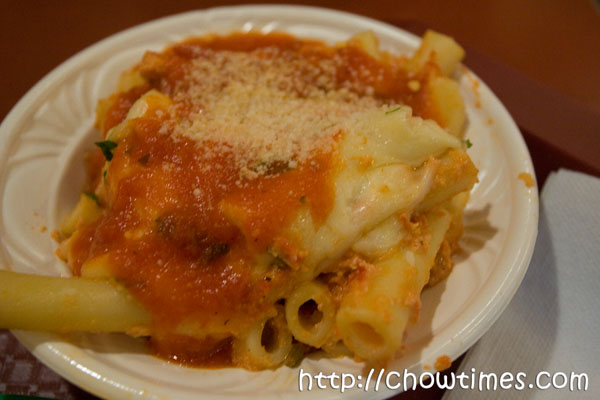 … and a side pasta. This came to almost $10. We had a quick bite and then headed out to the US Capitol.