The above picture was taken from the Washington Monument. It seems like it’s just a short distance from the looks of it right? Well, it is almost 1 km between these two monuments. Between them is the famous Reflecting Pool.

It was very hot and humid that day. It was just a long walk along the Reflecting Pool and we had a miserable time really. People tell me that summer is not a good time to visit Washington DC and I now know what they mean.

The Lincoln Memorial is designed in the form of a Greek temple. It is surrounded by 36 massive columns which represents the 25 Union and 11 Confederate states during the time of Lincoln.

Lincoln as you recall is the President who led the country during it’s darkest hour of the Civil War. He managed to reunite the country and died under an assassin bullet just days after achieving it. 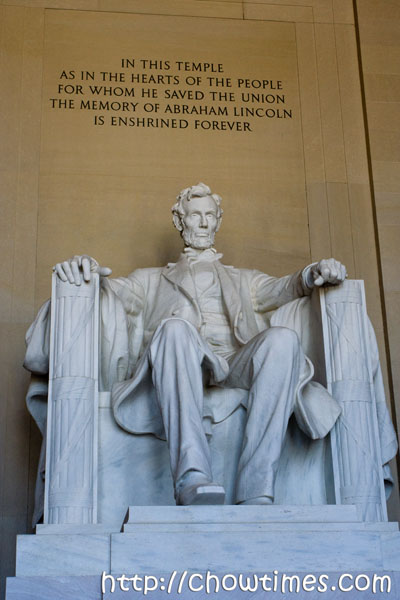 Right in the middle of the temple is the seated Lincoln gazing down the Reflecting Pool unto the Washington Monument. Many people had analyzed his posture … one of which is that they think that Lincoln made a “A” and “L” hand sign which stands for his initials. The left hand is “A” and right hand is “L”. Here is what “A” and “L” looks like:

You tell me … does that look right? 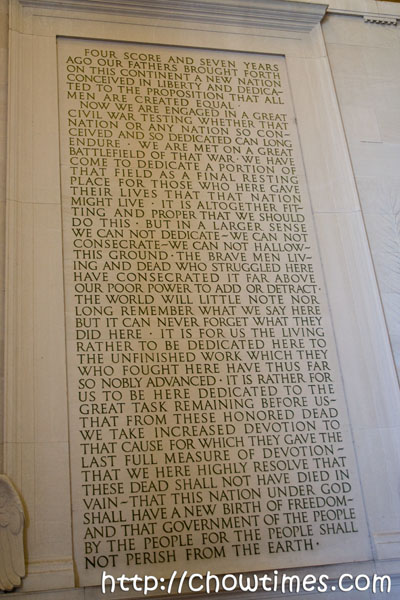 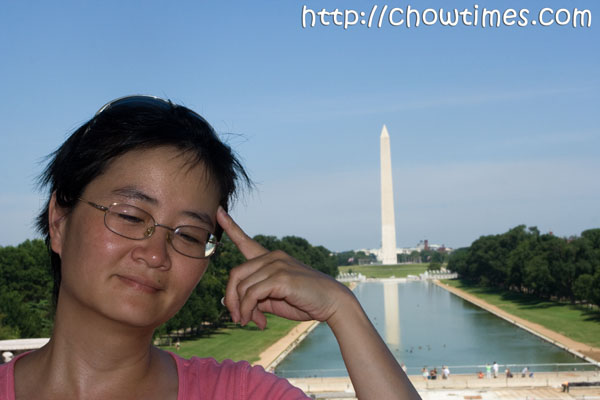 It is also here in the Lincoln Memorial where the greatest rally in America was help. This is exactly where Martin Luther King Jr delivered his “I Have A Dream” to 250,000 marchers. Suanne took the opportunity to deliver her “I Have A Dream” speech too. LOL!

Contrast this with the real speech here:

Washington DC: Ford’s Theatre and The House Where Lincoln Died