We had another early start on the 2nd last day of our 2 week vacation. The highlight of the day was going to the museum, one that I sort of missed the last time I was in NYC.

We had breakfast in heavens knows where! There are so many of these types of eating places in NYC and they all sort of look alike … with a long counter and a number of cooks. And quite the same service too … very rushed and impatient!

So, this time, instead of ordering from the counter, we had something from their buffet spread which they charges by weight. Suanne and I just needed good old Chinese style carbs — we missed rice and noodles!

Then it was off to the American Museum of Natural History. In all my travels, I find that this one in New York is the best of the best museum of natural history. Although some of the exhibits are obviously dated, it is very well presented. 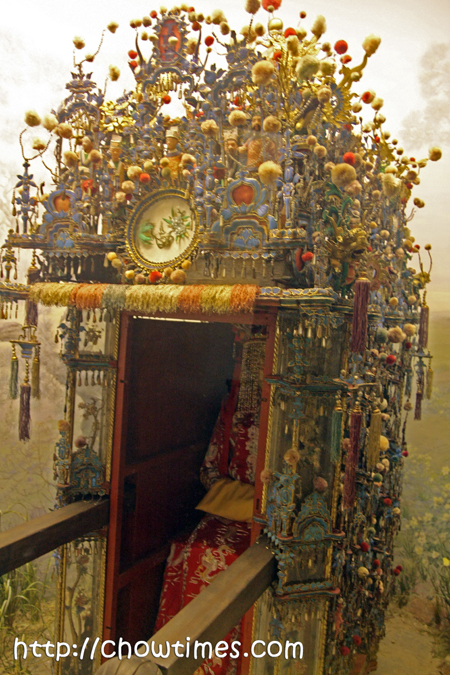 Being of Chinese descent but never been educated in the Chinese language and history, Suanne and I had special interest in the exhibits of the Chinese culture. 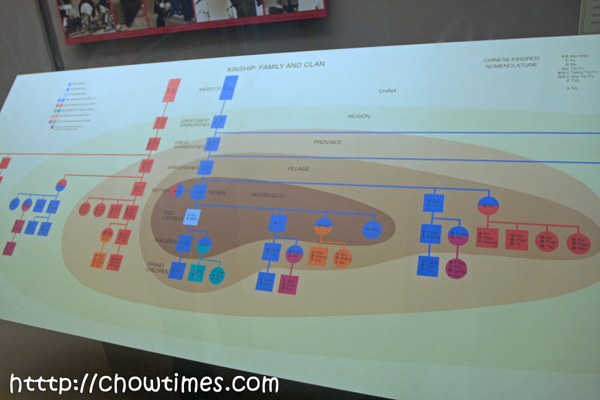 We spent quite a lot of time poring over this simple diagram that depicts the Chinese family structure. This is my opinion of the Chinese. The Chinese culture are centered on the family — the society, the government, etc are all secondary to the family. You might think this insignificant but the way the Chinese name is written tells a lot. For instance, in the Western culture, the structure of a person’s name is Given-Name Family-Name (i.e. John Smith, where Smith is the family name). The Chinese name is commonly written as Family-Name Generation-name Given-name. Let’s take a famous Chinese name as an example … Mao Ze Dong. Mao is the family name, Ze is the generation name and Dong is the given name. In China, his name is, well, Mao Ze Dong but if he migrates to Canada, his name will like change to Ze Dong Mao. Am I confusing you?

Also, did you know that the Chinese language has separate words for older brother, younger brother, older sister and younger sister. There is no such words as brother or sister. OK, enough of this boring stuff.

Oh BTW, Chinese like me, educated in English and does not know Chinese, are often called a Banana … anyone can tell me why? LOL!

I am also interested in ancient Chinese dynastic history. I can never quite remember all the details of the dozen or so dynasties from Ancient China to the last Qing Dynasty but randomly reading of them does tell a lot of the life of the people then. I find it amazing that there were so much records kept so meticulously back then that so much is known even to this day.

The design on the boat above is unique. I can recognize it instantly. Anyone can tell me what it is and where the boat is from? (No, it is NOT Chinese).

This exhibit above is mind boggling. I stood there for some time and just can really figure out what I am looking at … too much to see! 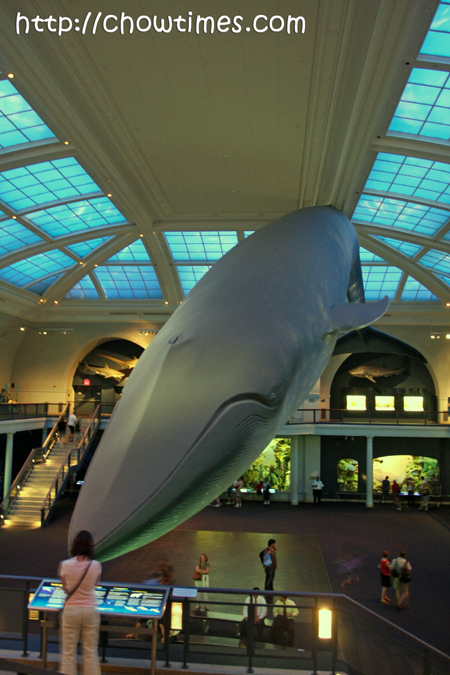 The giant blue whale … full sized and all … was mesmerizing.

Suanne and I enjoyed this museum and spent quite a lot of time here. Among the numerous museums in New York City, to us this is the best.