Updated: 23rd Dec 2014; This restaurant is likely closed as it’s no longer in Urbanspoon.com now.

How was it? How did you like all the snow the past week? LOL!

I’ve never seen so much snow falling in the Vancouver area for as along as I can remember. 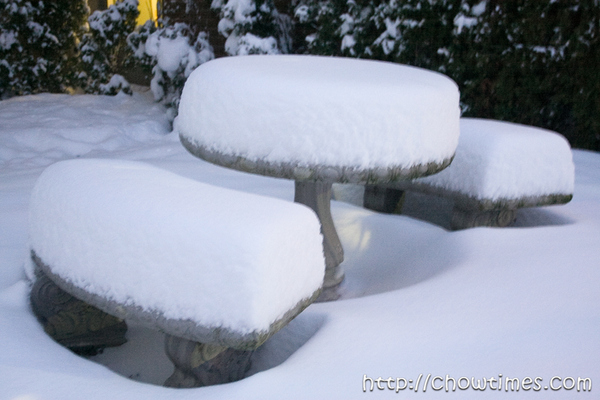 To think of it, it all came even before the official start of winter. Here in Richmond we had almost 2 feet of snow in all. Try walking in the snow and the snow will reach up to your knee.

There is this something about snow … it’s mesmerizing to watch it falling. While it is still powdery and fresh, it’s beautiful until it starts to turn in a slushy mess … or …

… you try to drive out to the streets. The city of Richmond did not bother to plow the side road until the day of Christmas which made it quite a challenge to get to the main streets. I think the worse is over now because yesterday many parts had turned into puddles of water. Suanne and I ventured out on an errand Vancouver downtown and ended up having lunch out.

We went to one Malaysian restaurant we had always heard about but never tried before. As a matter of fact, Cafe D’Lite has been on our To-Visit list the past three years or so. It’s just because it was really out of the way for us. Cafe D’Lite located in 3144 West Broadway. Actually it is just next door to the famous Notte’s Bon Ton Pastry. 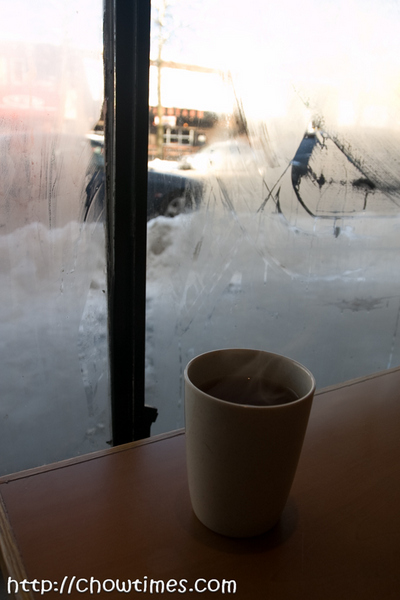 Cafe D’Lite is a small restaurant with very little frills. It is small in size … any smaller, it would be a hole-in-wall kind of place. Their clientele is very Malaysian and Singaporean. Don’t ask me how because I don’t exactly know but I can almost always tell a Chinese from Malaysia and Singapore from “real” Chinese. No, I am not referring the way Malaysian and Singaporean Chinese speaks English but the mannerism, hair, clothing, etc. 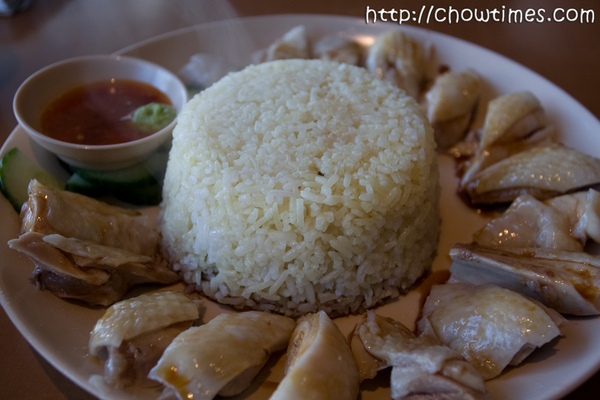 I can attest to that Cafe D’Lite has some of the best Hainese Chicken. It came served in a unique way. The chicken are chopped up into 16 bite size pieces and arranged in a circular fashion around the “yellow rice”. What we like a lot are two things … the rice came steaming hot and the soy sauce were delicately applied at the bottom of the rice. The boneless chicken was cold as they were meant to be.

Being a picky eater, I did detect that some part of the rice were a little burnt. This is $8.95.

The broth which came with the Chicken Rice was flavourful. 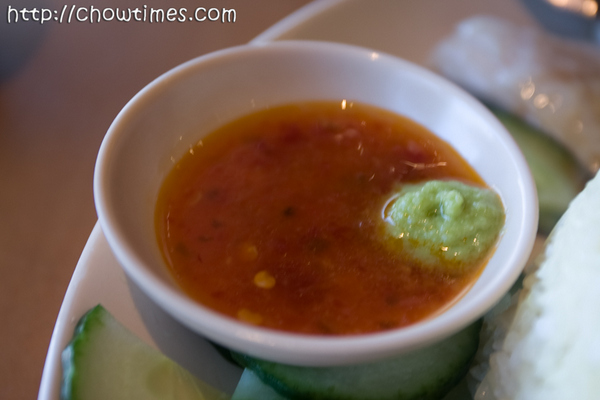 The chili sauce came with a dollop of greenish-looking minced ginger. Normally, the ginger should be yellowish and are served separate. Because of the color, it took us a while before we realize it is ginger … we thought they had oddly added wasabi on the chilli. 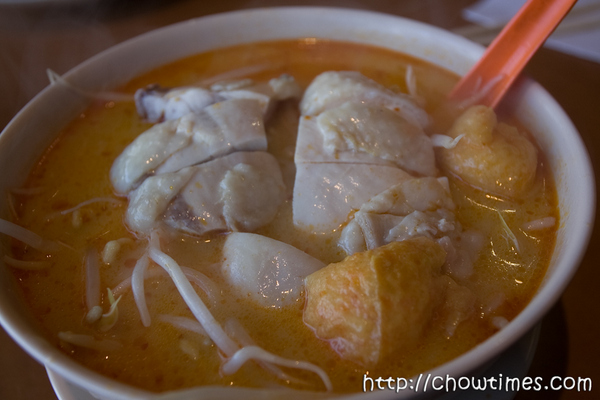 Their other popular dish (and also has a separate section on its own) is the laksa. Cafe D’Lite has six different types of laksa. We had the Hainanese Chicken Laksa Noodle in Soup ($8.99). It came with both yellow egg noodles and vermicelli. We forgot to tell them to make it spicy and so this one was really mild … no kick at all. On the presentation side, I think it would have been much better if they garnish this with some light greens.

While the meal was tasty but Suanne and I think they did it with lots of MSG. We felt very thirsty right after the meal and we don’t think it is because of the cold dry weather.

Note that Cafe D’Lite accepts only cash and they do not open on Sundays.

Pho Thuan An Vietnamese Restaurant on Kingsway Near Fraser, Vancouver