Alright, this will come across to you like a test post. It is. There are a few things I wanted to test out and wanted to see how it goes. 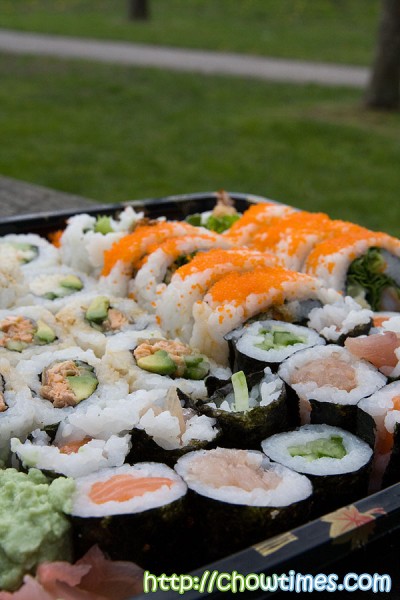 For some reason, I felt that the past winter had been particular long and drabby and cold. Nothing exciting happened during the past few months. But the winter is finally over … yah!

Actually it was still cold but at least the sun is out with a vengeance. So, I dragged a very reluctant Suanne out (the boys were OK) to have sushi takeout lunch at the park. I am wicked, I know. 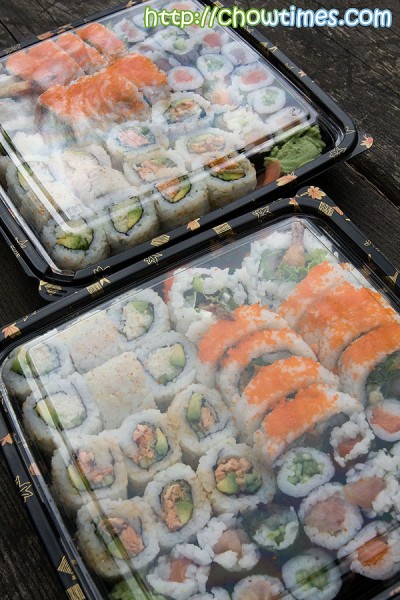 We went to Jumbo Sushi to get a couple of Party Trays. Their party trays are “buy one get the second one 50% off”. If my memory serves me correct, this tray is $18. 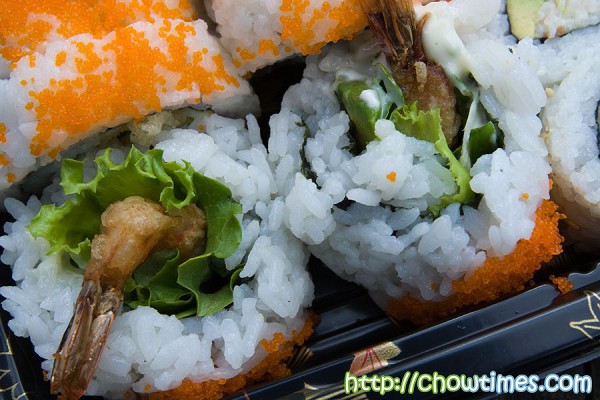 The sushis are so inconsistent. Some of them tasted and looked OK like the ones above. 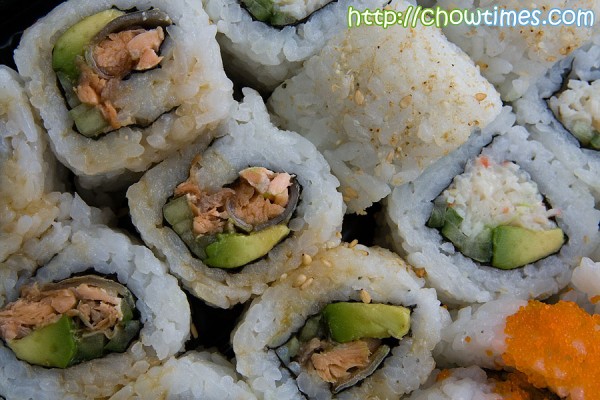 Some of them are so soggy it was terrible. This was so unlike our previous visits. I know now why some of the commenters did not like Jumbo Sushi when I blogged about the place. 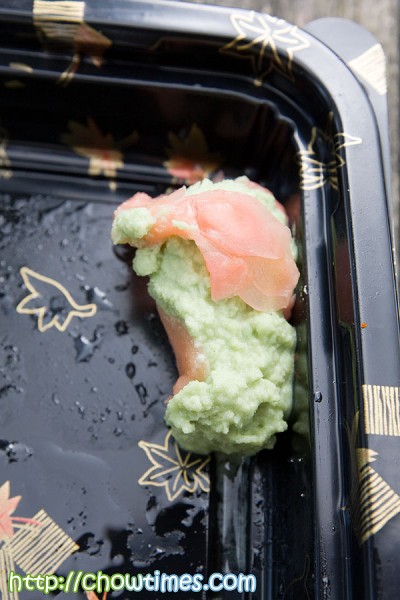 We did not even touch the wasabi if that is what it was. LOL! 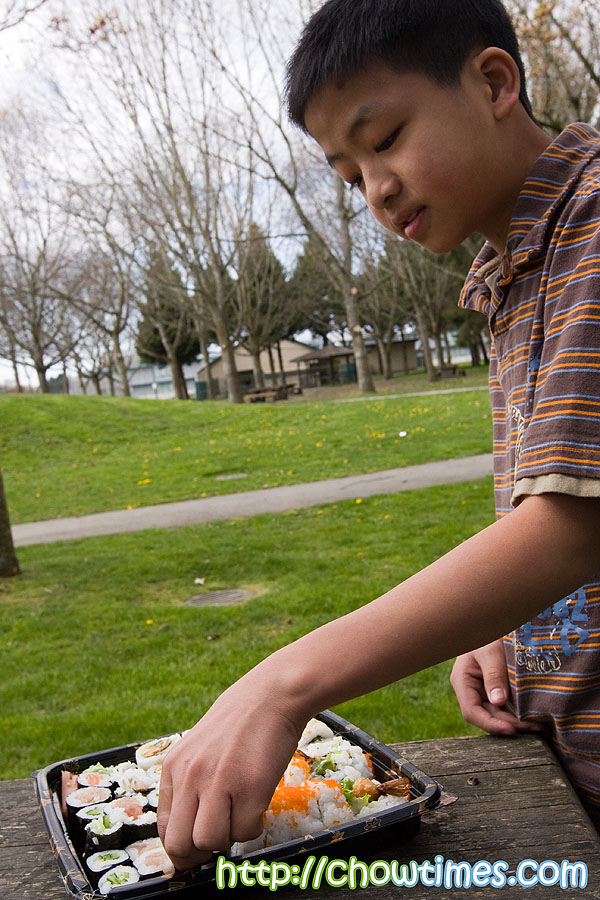