Of all the museums we wanted to visit in Seville was the Archivos de Indias. This museum is the most complete document archive of the history of the discovery of North America. It is not surprising that the Spanish government chooses to locate the archives in Seville because this city has the monopoly of trade with the New World.

Unfortunately, the archive is 99% in Spanish. We walked through the corridors but could only gather bits and pieces of some of the documents and maps. How I wished that it is in English otherwise we would have spent a couple of hours there. The best thing about the Archivos de Indias is that it is very well air conditioned!

The heat in Seville was getting unbearably too hot for us. The temperature almost reached 40C. Worse thing is that there are not much shades and the building fronts does not have awnings. It was so bad that when we get to a shady area, we just stood there for minutes not wanting to cross the street when it meant walking in the sun.

There is a cute little tram service running through the historic city center. We wanted to take it back to near where our hotel is. So we went to a stop and tried to figure out how to take it. We couldn’t make sense of the signboards. We asked and no one could speak English to help us. It is in Seville we felt kind of isolated because it has so little English. 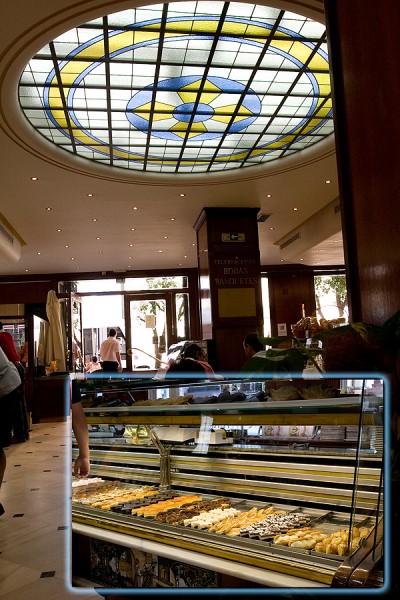 We went to this restaurant which has really powerful air conditioning and nice pastries. It seems to be a great place to have a drink and something to eat … except that it was impossible to communicate with our waiter. The place was very busy and the waiter does not have any patience to help us with our order. So we just said “thank you” and left.

By 4PM we decided to just call it a day.

So, we decided to go to a place where we thought would be better language-wise.

We went to El Cortes Ingles. Yeah, it is a departmental store but it has a great cafeteria. More importantly, people don’t smoke here!

Wrong choice. English is also at a premium here. At least the waiters (in bow ties and tuxedos!) were very professional, polite and patient. The Summer menu above is in Spanish but we already know quite a number of Spanish words. We could piece together some words to know what some of these means. It is a 3-course menu for €9.95.

I remember calculating that we were spending a lot of money on drinks (was almost $40 Canadian already!). We told ourselves that we are bringing two, maybe three, bottles of 2L bottles the next day even if it means breaking my back carrying it in the backpack.

You know, I like the formal-ness in Spain even in serving water in nice glasses. Mind you, this is a cafeteria. 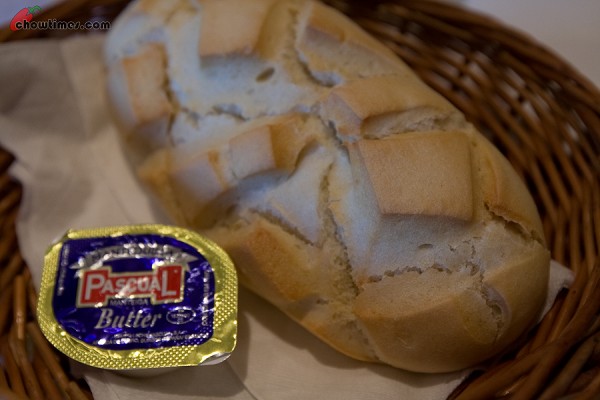 For a cafeteria, the bread was pretty good. They came individually pre-wrapped in a paper bag and served with butter. 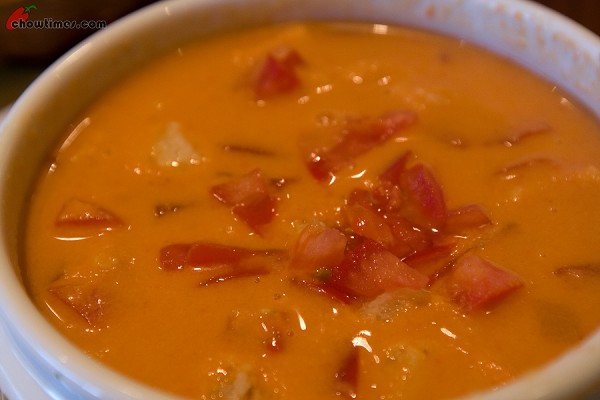 Our “primeros” (first) course is Gazpachos. Our first time having this “liquid salad” and we fell in love with this on the first sip!

Gazpacho is a summer favourite in southern Spain and a native dish to the Andalusian region where Seville is located.  It is very … refreshing for a hot summer day and delicious. It is basically a cold tomato soup with some bread pieces with a little spiciness from garlic.

After we returned from the vacation, Suanne posted the recipe for Gazpacho here.

The Segundos (second) course is Paella. This one is much better than the Seafood Paella we tried in Barcelona. The rice is quite wet with the broth but at least it was fully cooked. There were quite a lot of pork and chicken too.

Our perception of Paella being a great dish was kind of restored here. At least we enjoyed it but we still would not call this great. 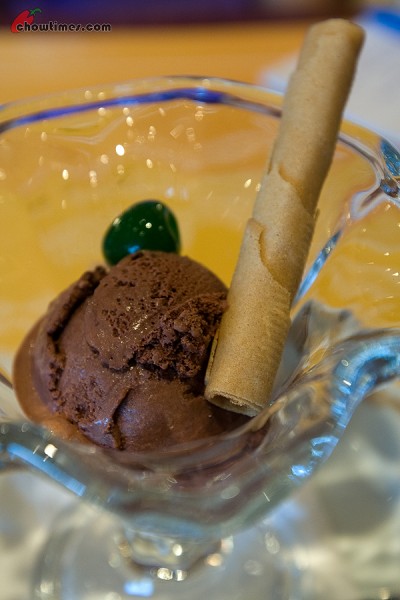 The postres (dessert) was just simple chocolate ice-cream with a cookie roll. We chose this because of the fancy sounding name “Helado al gusto” but it turned out to be just this.

The bill came to just over €12 (we shared the food). We lingered in the cafeteria longer than normal because the air conditioning was so good.

Barcelona: Our Version of “Savory Breakfast”