We blogged about Dulcinea in early spring this year when they just opened not long.  Polly wanted to try this place for our cake meet.  I’ve heard that Dulcinea has the churros in place already and it’s a good time for a revisit. 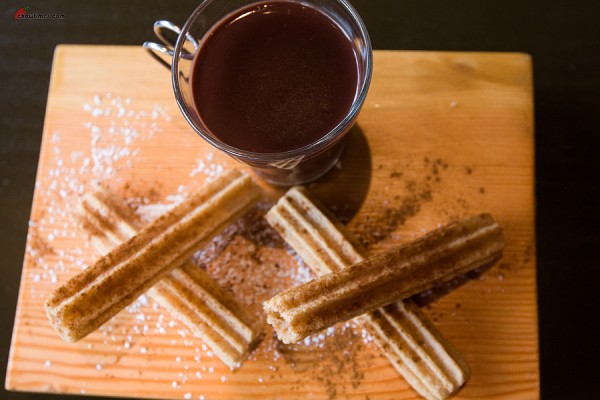 We’ll, the first thing I ordered is their signature drink, 1528, a thick Spanish hot chocolate with churros.  I ordered a double shot for the 1528 which costs $4.50 while the churros above costs $5.25.    I must say that the churros we had in Spain is much more reasonably priced. 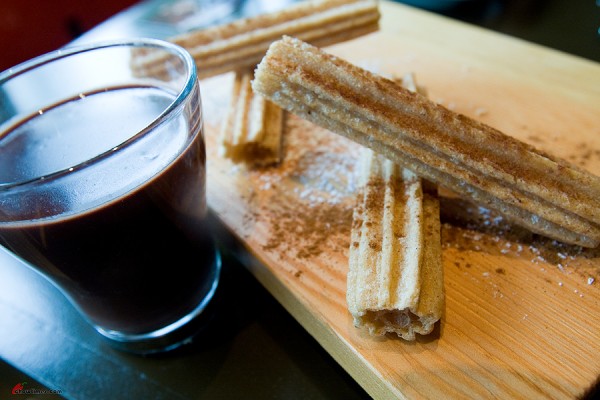 Churros is so good with the thick chocolate drink is because the ridges hold the chocolate well.  I would have ordered more churros if they are cheaper. 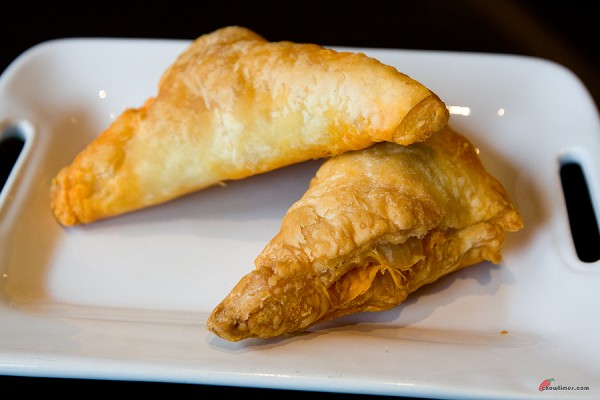 We also ordered these Hojaldre de Chorizo which is a savoury pastry.  It is like curry puff made with puff pastry.  These are $3.40 each.

We ordered a Bizcocho which is a Spanish biscotti to share.  They come in chocolate and almond.  We opted for the chocolate one.  This costs $2.60.  The Bizcocho is not as hard as regular biscotti but has a texture between a cake and a cookie.  It has hazelnut in it.  I like this one. 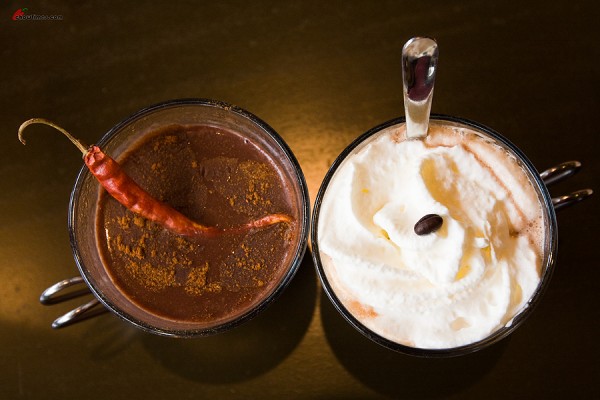 For drinks, Polly picked the Xocolatl which has chili, nutmeg and cinnamon while I had the Barcelona which is espresso and orange topped with whip cream.  The Xocolatl costs $4.50 while the Barcelona is $4.75. 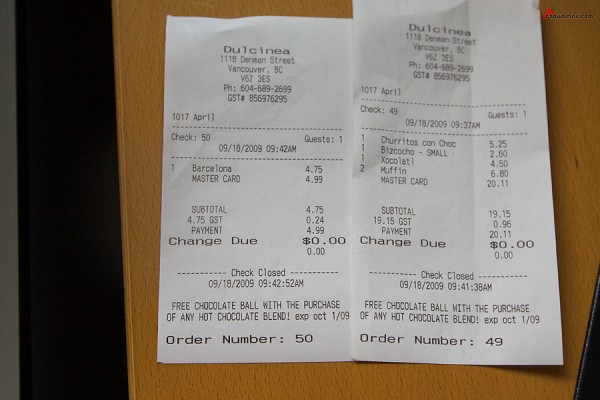 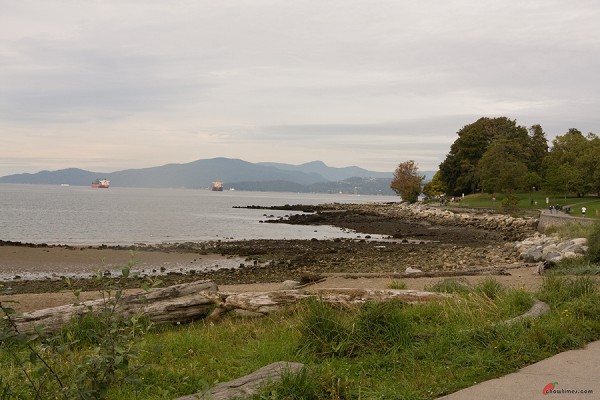 After the sweet treat, we went for a walk a the nearby English Bay.  It was a beautiful summer day.  We enjoyed the sun shine and flowers while they are still here. 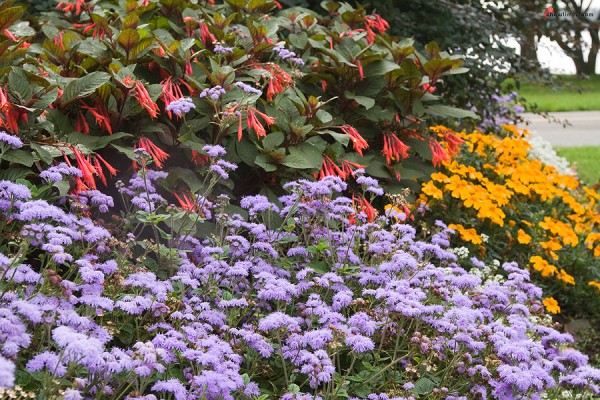