I heard a lot about New Asia Deli but we had never eaten there before. Word has it that they used to operate a small but popular place near Richmond Center before moving to this new bigger location.

The New Asia Deli is located at the Continental Mall. This is the same mall where there are a number of our favourite restaurants such as G-Men Ramen, Pearl Castle, Taiwanese Cuisine, and Lam Chu Kee to name a few. They describe themselves as serving Vietnamese and Asia Pacific cuisine. Their claim to fame is their Banh Mi which some people swear are one of the best in Richmond.

New Asia Deli is a no frills restaurant with poorly coordinated decor and simple furnitures. For all intents and purposes, I would classify this as a hole in the wall.

Other than that, the service is friendly and warm. They speak fluent Cantonese which makes me think not only that they are not Vietnamese, they are actually one of the many ethnic restaurant operated by enterprising Chinese owners. Not that this matters much to us as long as the food is good.

Despite seeing that we each ordered our own dishes, our waitress even asked if we wanted bowls for sharing. That was thoughtful of our waitress to suggest it.

Suanne ordered their Special Baguette which is just $3.75. The baguette was what one would expect from a good Banh Mi with the necessary crunchiness. The fillings are ham with some fish cake like stuff. It also had cucumber, carrot and pickled daikon. While the baquette was good, we wished that they had more stuffings in this. 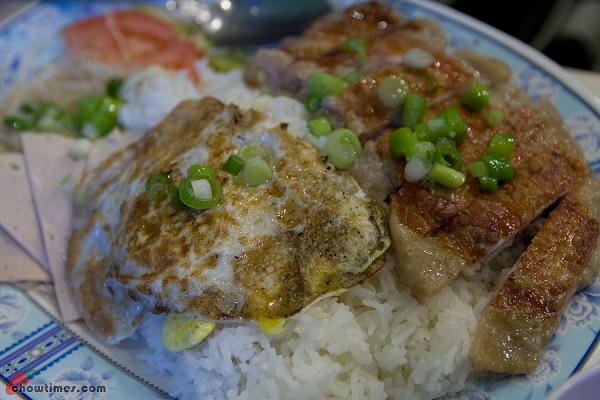 You know, I must say that for a person his age, Nanzaro is quite adept in picking his dishes. He is the one who really reads the menu from cover to cover and is always the one who takes his sweet time deciding what he wanted.

This time, his selection was called the Combination on Rice B which is $9. His choice turned out to be a really mouth watering dish.

It has lemon grass chicken, shredded pork skin, Vietnamese ham and a very nice piece of fried egg. The chicken was juicy, moist and has a pleasant … springy texture to it.

We also ordered the Deep Fried Vietnamese Ham ($6.50) to share. I think this is called Cha Lua in the Vietnamese language. Vietnamese Ham is lighter than the western kind of ham and is not as salty and dense too. It has the springy/bouncy texture to it. We all gave this the thumbs up. 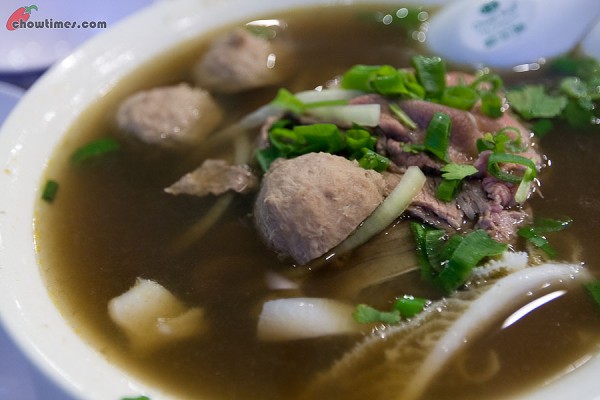 Arkensen is not as adventurous an eater as his younger brother. He went with the large serving of Beef Noodle Soup ($7.25). Although the darker looking soup was flavourful, I do find it unexciting. Arkensen thinks it is great. 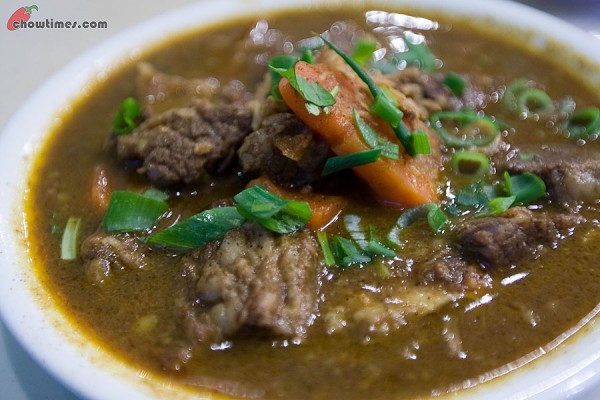 My choice was the Curry Beef Brisket with Rice ($7.50). It was delicious and the curry was rich. However, the curry was not spicy hot at all. I wished it was. In my books, curry has to be spicy hot or else it should not be called curry. LOL!

All in all, the meal was good. The prices were what we consider as cheap. We like the service here particularly knowing that friendly and warm service is not one of the stronger points in Asian restaurants. 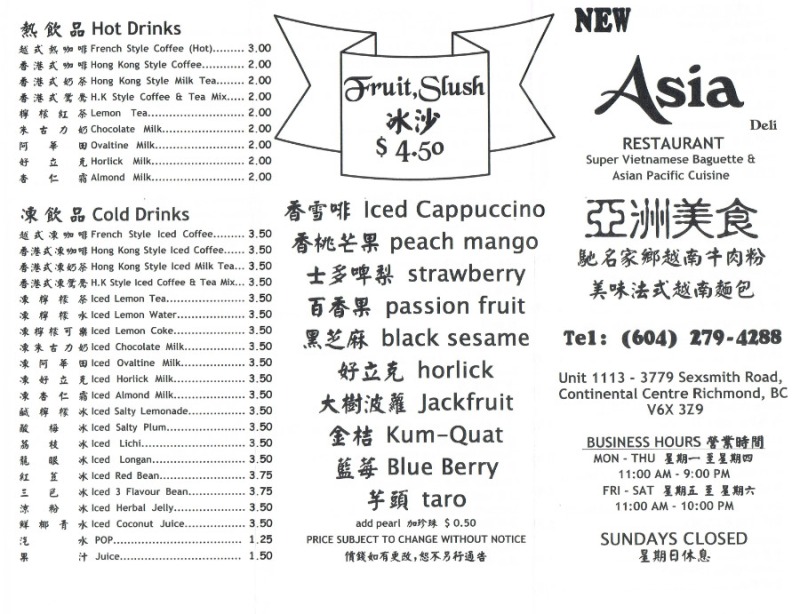 Sanpoutei Ramen in Kam Do Plaza, No. 3 Road, Richmond