Nanzaro reminded me that the Marble Slab Creamery coupon is expiring on the last day of 2009. He is a very persistent teenager and when he wants something, he will keep asking until he gets it. So, Nanzaro and I went for a treat in the lazy afternoon. 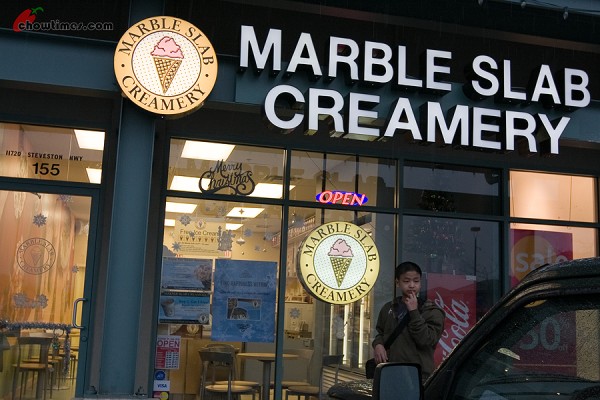 The Marble Slab Creamery in Richmond is located at a strip mall in Ironwood Plaza across London Drugs. We learnt from the server that it has opened since August 2009. 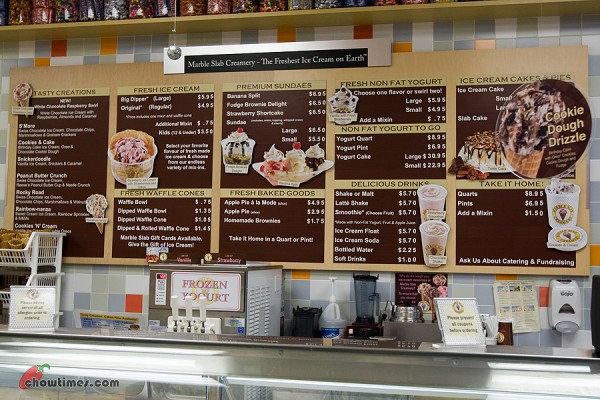 With a motto of ‘the freshest ice cream on earth’, Marble Slab Creamery travel far and wide to source the finest ingredients; vanilla beans from Madagascar, cocoa from Holland, to the best dipping chocolate from Sweden. The ice cream is made in the store and never processed or preserved. Marble Slab Creamery is established since 1983. 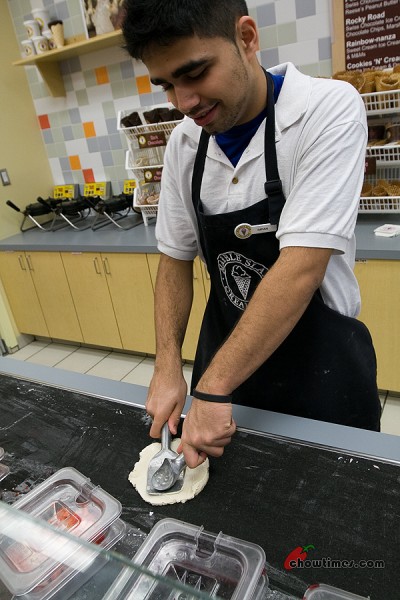 What differentiate Marble Slab Creamery from other ice cream places is that they have mixins. The mixins ranges from fresh fruits, nuts, candies, cookies and brownies. 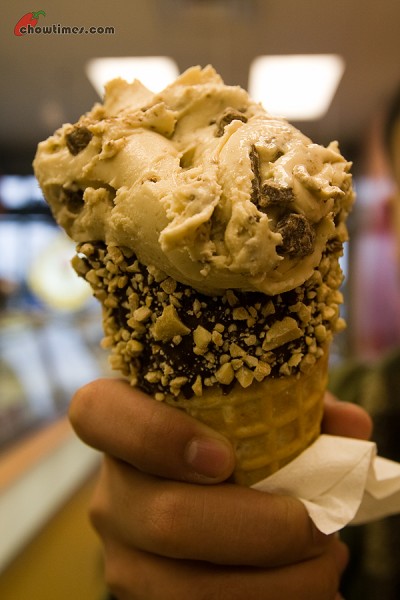 The coupon is for a buy one get one free of a regular cone with one flavour ice cream with a mixin. Nanzaro opted for coffee flavour with Nestle crunch. Instead of the regular cone, he upgraded it to a dipped rolled cone which costs $1.45 extra. Marble Slab Creamery also hand-roll their freshly baked waffle scones in each store. 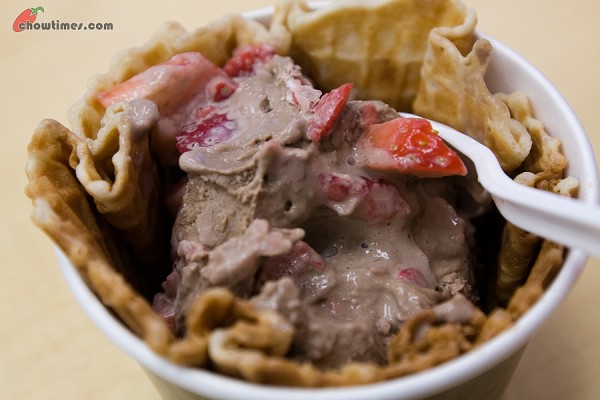 I chosed a Swiss chocolate with freshly cut strawberries in a waffle bowl which costs 75cents extra. Btw, every extra mixin costs 75cents. The ice cream is smooth and creamy. 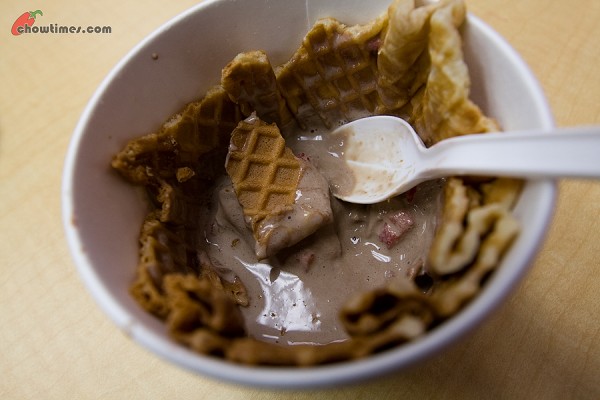 I thought it will be easier to eat the ice cream with a spoon. But then I realized that it’s not easy to finish off the waffle bowl. I had to break the waffle bowl up with my fingers which ended up sticky. 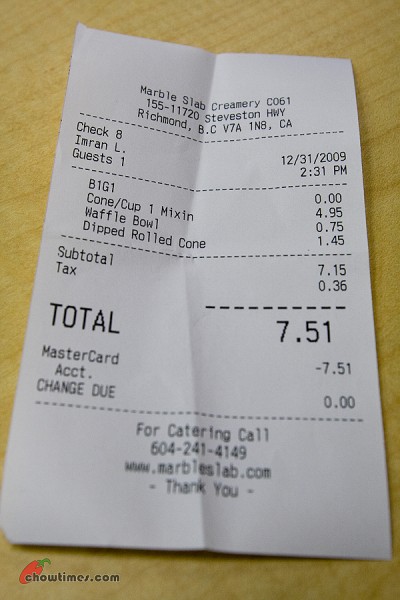 The bill came up to $7+ with all the upgrades. Nanzaro and I enjoyed the mother and son time out for a treat. I cherish such times as I know before long, my grown up sons will be going out with his own friends instead of with his mom.

Kam Ho Restaurant on Alexandra Road at No 3 Road, Richmond