There had been a string of successes at work these days. This is amazing considering that the air transport industry is supposed to be one of the hardest hit viz the economy in the USA. Did you know that within the top 10 airports in the world, USA has five airports listed as the busiest in passenger traffic?

The top two busiest airports in the world are Atlanta’s Hartfield and London’s Heathrow. Coming up behind them very fast is Beijing International. At the rate things are going, Beijing will overtake Heathrow next year. Atlanta’s busiest airport title is safe for at least 2-3 years more.

So in celebration of another great year at work and the successful roll out of some major projects, the head of the Vancouver unit decided that the team deserves some time away from work.

We went to the Fortune House Seafood Restaurant. This is located in Metrotown.

This restaurant is popular and you can always bet there will be a serious line during busy hours. I think it is in part due to its location. This place lies smack at the busiest entrance in Metrotown. This entrance is the closest connection to the Skytrain station.

We had dim sum once here many, many years ago. I remembered that it was pricey and upscale … with some dim sum dishes costing like $7 or $8. But this time it felt like a normal dim sum place.

We took up quite a number of tables at the back of the restaurant. We practically took up the entire back section. I am quite surprised that they allowed us to hog the tables given that there was a serious lineup outside — that is even though we had reservations.

They did not fuss when our party took a long time to trickle in. You know how it is sometimes that some people will came late because they just wanted to finish off their work before they come.

This is the kind of dim sum lunch I like because I get to talk! LOL! Among non-Chinese, I am the expert in dim sum and had fun cajoling people to try food they are not familiar with. So on my table are Mexicans, Turkish, Romanians, Canadians and Brazilians. How is that for a mix? 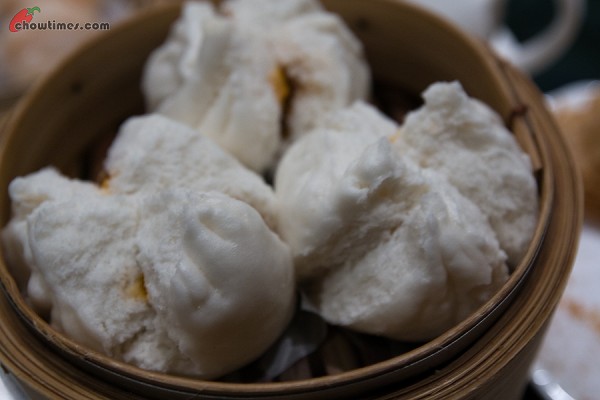 Apparently the menu was already pre-picked! And they are nothing special, just safe ho-hum selections. I think budget was the reason. Moreover, I think whoever picked the menu wanted to play it safe too especially so many of the people are not used to dim sum. So we did not have phoenix claws (the Chinese name for chicken feet) and beef tripe and tendon and stuff like that — nice stuff like that!

The favourite seems to be the char siu bun above. I think it is because it resembles burgers. It was interesting observing even how they eat this. Someone tried to pick this up with a chopstick and of course it broke apart. Well, for this you eat this with your hands — like burgers!

Then another person on the table picked it up with his hands and immediately gobbled down the bun … like a burger! Oh no … he had to spit it out when I told him that he has to remove the paper underneath the char siu bun. LOL!

You know, Suanne makes awesome juicy char siu buns. No kidding … it is the best on the planet. Ask her nicely and she will make some for you. Allow me to let you on a secret … Suanne does not know how to say no.

Most of the people are wary about the leaf that is used to wrap the sticky rice. Well, this is no difference to the Mexican Tamale to me. Maybe it is the stickiness of the rice. Yeah, people tell me that Chinese food have really weird textures.

Beef balls. It goes without saying this is a favourite. For me, I don’t like it. There is no kung fu in making this — no elaborate steps and such.

This reminds me. There was once I brought a group of non-Asian friends to try dim sum. One of them only had … siu mai for the whole brunch and he had three baskets of it … all to himself. So now I know that siu mai is safe because they can see what is in it. Even dumpling like this below … 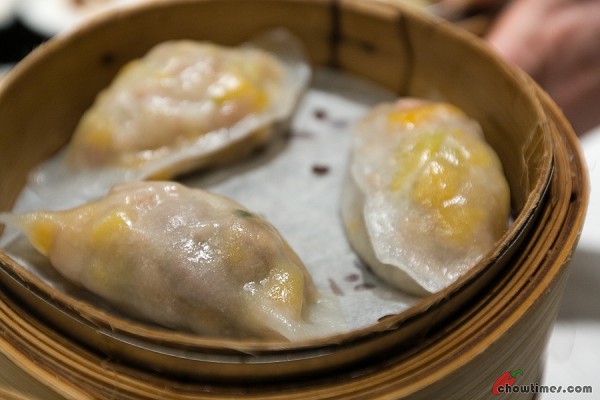 … people are wary. I have a few questions thrown at me “What is in it?”.

“I don’t know” I tell them. For me, I just eat and then find out later what is in it. 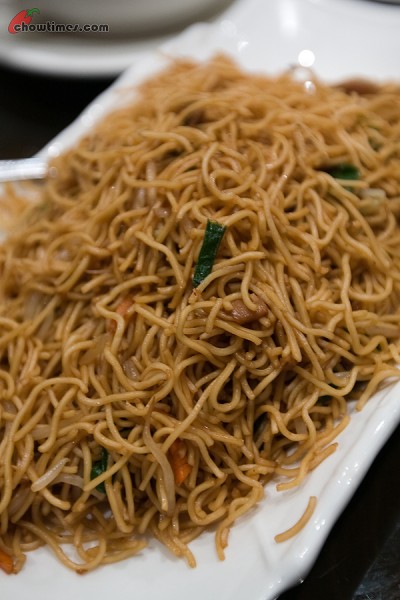 I am sad to report that the noodles above is also popular with the folks on my table. These guys are eating like Arkensen!

I mean the noodles is nice but you are not suppose to like this over all other dishes.

Yeah … this one too. Since they could not see what is in it, some of them were quite apprehensive about this. One even used the communal chopstick to poke at it to see what it really looked like inside. He he he … in Chinese etiquette this is a no-no just like in most cultures.

The boiled Chinese broccoli was surprisingly quite popular. Crunchy stem and leafy leaf … this was my favourite dish for the day. 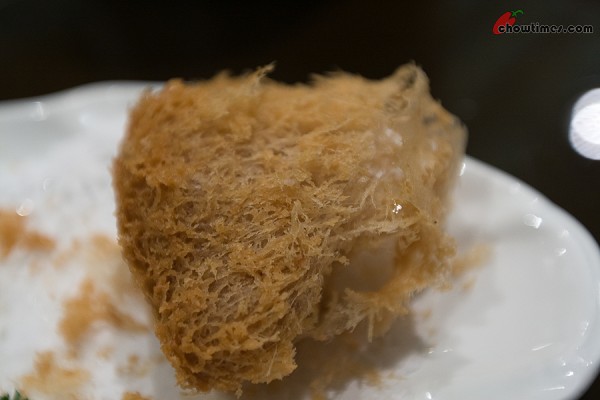 I enjoyed my role at the table that day. It is fun helping people explore food as much as I enjoy exploring all sorts of food and cuisines too. I know I wanted to do so many things with chowtimes readers.

I really want to organize something like “Adventures in Exotic Chinese Dim Sum for Uninitiated Brave-Hearted Souls”. Yeah … everyone must give all kinds of food a try.

My Lunch: Return for Taiwanese Beef Noodles in a Vietnamese Restaurant