So that was a very busy first day in Chicago. There is one place I absolutely want to go was the art museum. It has to be that very day … that very evening. And so I rushed from the Navy Pier to the Art Institute of Chicago.

The reason I rushed because it was a Friday … and there are no entrance for Thursday and Friday evenings. Kek keh keh …

No really. If you are into art, you don’t want to miss the Art Institute of Chicago. They have some of the world’s most famous pieces of 19th century art.

You can see that there are a lot of people who came because its free.

I did not want to carry my camera backpack with me after having lugged it around town the whole day. Good thing is this museum allows photography. Some museums I had been to do not allow it at all. Most will allow photography with the condition you don’t use flash or tripod. I am cool with that … I think I have a steady hand and don’t need them. 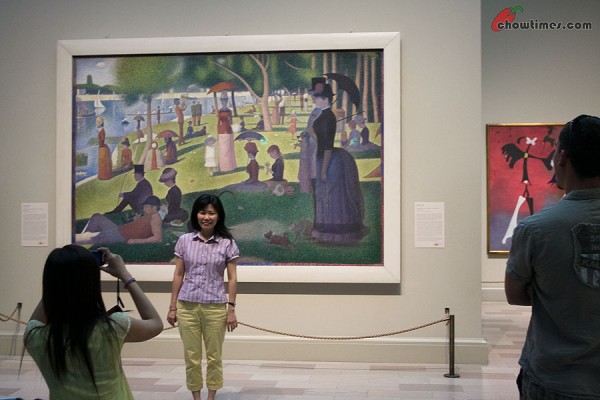 There is that ONE painting I wanted to see and so I looked for it first. It is the Georges Seurat’s most famous works called A Sunday Afternoon on the Island of La Grande Jatte.

I used to make a 3000-piece jigsaw puzzle of this painting. I walked right up to the painting and took close up shots of the painting … like just a few inches away from the painting. He he he … the people there was wondering what I was doing hogging the painting when they are waiting to take pictures too. I did it so that you can have a closer up look.

This painting is a form of painting call pointilism. It was painted using miniature dots which brings out the brilliant colors better than conventional painting forms. This French painting took two years to complete.

With that out of the way, I systematically went to the other halls. Given the short time remaining, I do not have the chance to cover this museum as much as I like. So I just focused on their more notable pieces.

The American Gothic is perhaps the most parodied painting in the US.  Painted in 1930 by Grant Wood, the artist wanted to pain the white house along with the the people who he believes would live in them.

The man who posed for this picture is actually the artist’s dentist while the woman is the artist’s sister. The house, the man and the woman are painted separately at different times.

This iconic image of a grim faced man with his wife (or daughter) came into prominence during the Great Depression when it came to symbolize the hard working American couple.

Oh … can you tell me why this painting is called the American Gothic? 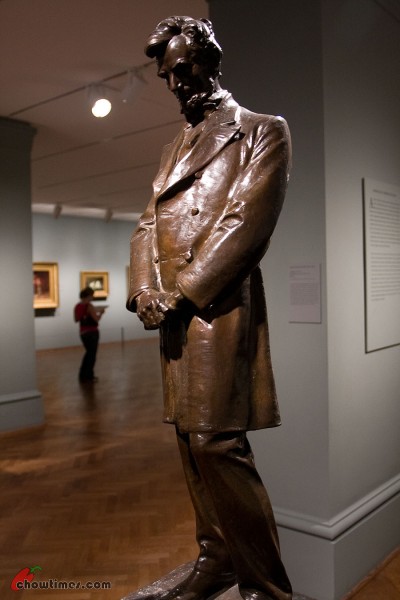 Illinois’ most illustrious son. I am not sure if this is the original but this is one of the more well known statue of Abraham Lincoln. This depicts a contemplative Lincoln about to deliver the Gettysburg Address, standing with his hands clasped, as though he was still composing his thoughts. 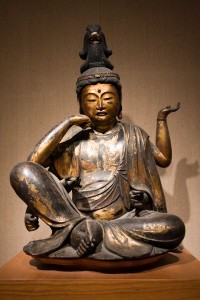 I enjoyed the Asian arts section even though there were no much information available. 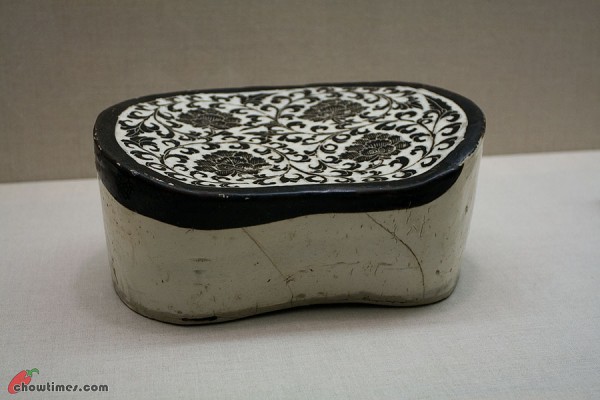 Can you tell me what the above is used for? 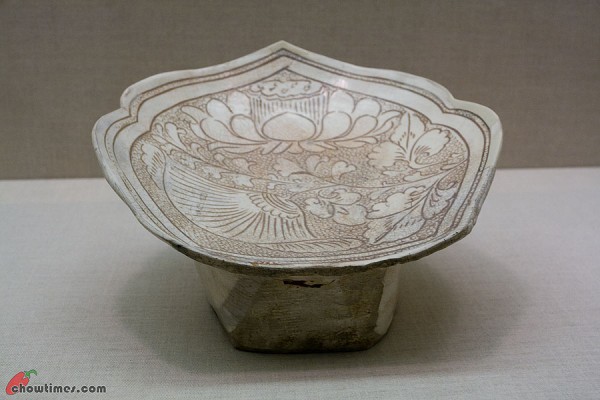 And this one too? I bet not many non-Chinese will even come close in guessing what this is for.

Here are some of the art pieces that I could do just as well. The Red Plank. As hard as I try, I can’t imagine why this is art. LOL!

Or even this piece … called Brilliant Yellow.

There are paintings too from Rembrant, van Gogh and Monet just to name a few. 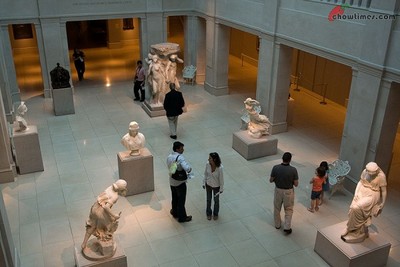 It was a short trip to the museum.

Amazingly, I covered every single attraction I wanted to cover.

So how was it? Was the posts for this first day too slow moving and boring for you readers out there? I still have day 2 and day 3 to go!