The Chinese Restaurant Award list does not only list dishes that are from restaurants. It goes the extra mile to even include dishes from humbler places like food courts. So you see on the list dishes that will cost over $100 (eg. Alaskan King Crab) and simpler dishes like a $4 Xiao Long Baus from a food court. 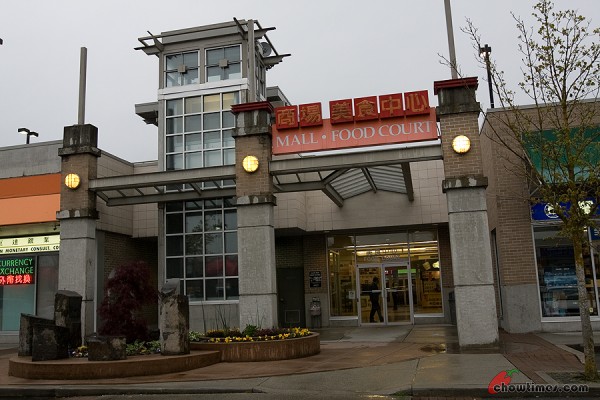 There are a number of Asian food courts in Metro Vancouver. For us the best is the one in the Aberdeen Food Court. There is also the food court in Crystal Mall (Burnaby), the Richmond Public Market and Parker Place (Richmond) — all of which are always packed during meal times.

With so many great food courts, there is one that flew under the radar. It is the one located in the same strip mall on No 3 Road where Hon’s used to be. It is called the Empire Center. 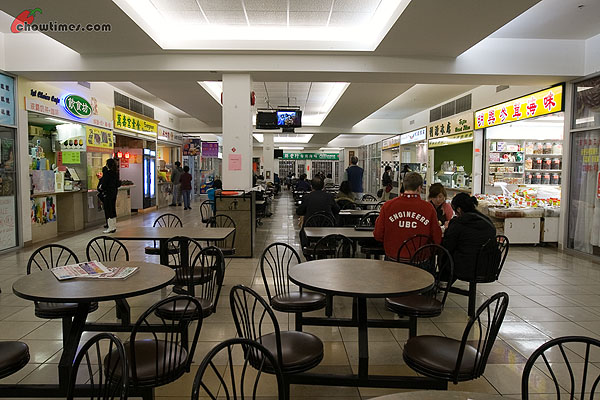 I have a feeling not many people even know there is a food court in there. We were there three years ago when we tried the Snake Soup and Stewed Beef organ Noodles (see blog here). Since then we had never stepped into that food court.

Amidst some Chinese Herbal and Ginseng stores, this food court has that laid back feel to it. In some sense, it is quite dead for an Asian mall. Here, everything moves in a very slow pace — a world of difference from the other Asian food courts. So you can see customers enjoying their food while watching Chinese serials on the TVs hung from the ceiling. 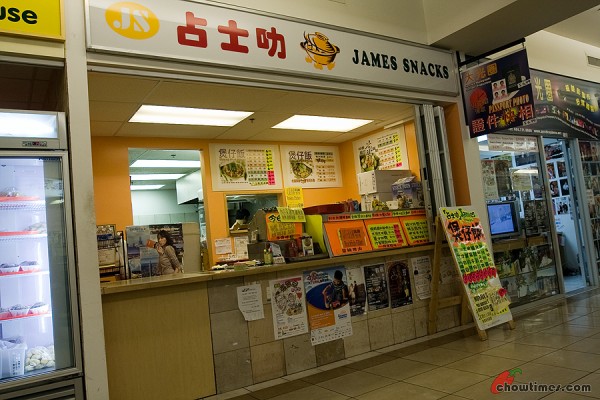 Right in the middle of the food court, is a stall called James Snacks. I am not sure why this is called snacks when what they really serve are full meals. 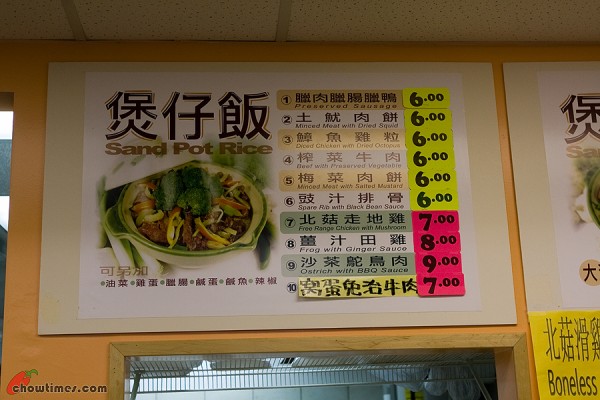 Click on the image above to show larger view if you can’t read it.

Festooned all over the stalls are signs of their dishes. We were there for their Claypot Ostrich Rice. They call the claypot, sand pot which I think is a direct translation from the word “sar bow”.

Their claypot rice ranges from $6 to $9 and includes versions of: 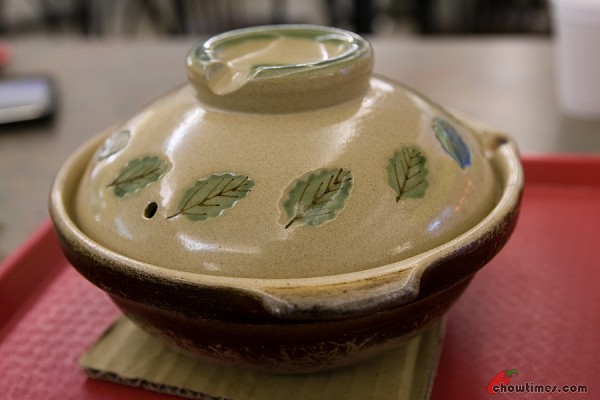 Be prepared to wait! We were told that the claypot rice will require a wait time of 30 minutes. This is because they start cooking the rice in the claypot when you order, i.e. from scratch. The wait wasn’t that long for us but still it took 20-25 minutes for ours to be ready.

They will take down your name and call you when the claypot rice is ready.

It was super hot when served. The soy sauce is given on the side. The whole pot sizzles and steams when we pour the soy sauce into it. 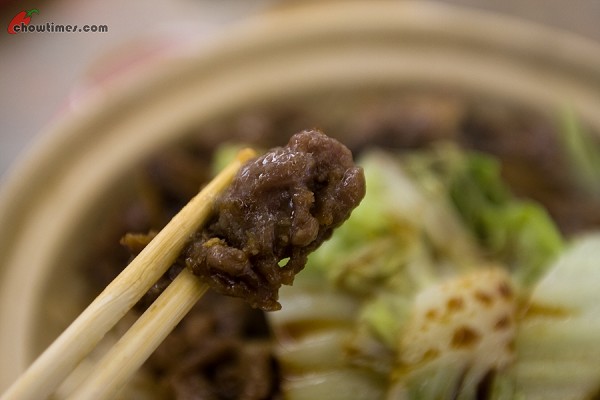 The ostrich meat tastes like … well … like ostrich meat. LOL! I can’t describe it any better. OK, I expected it to be gamey but it was not. It is a little spicy. Suanne thinks that it could be from the white pepper. 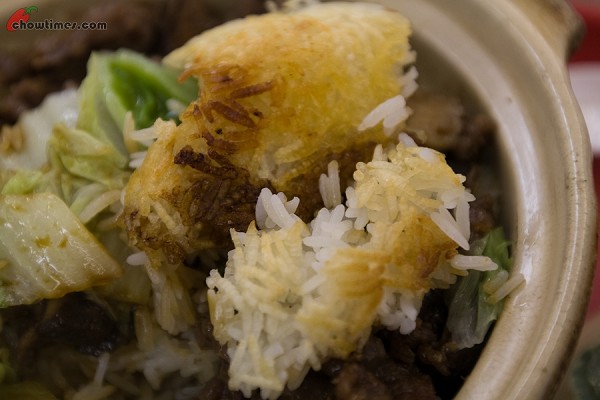 Actually what I like most is the rice. It is dryish. The best part is the crispy rice at the bottom of the pot … lots of it and just like the Persian Tadig. The fragrance of the shittake mushroom permeates nicely into the rice giving it a nice flavour and aroma.

I don’t know how to describe this better. Well … you know … when I put a spoonful of the rice and ostrich meat near my mouth and just draw in a whiff, I can taste the aroma. Then tasting the rice and the ostrich meat is yet another sensation. And … then eating the crisp rice at the bottom is different. 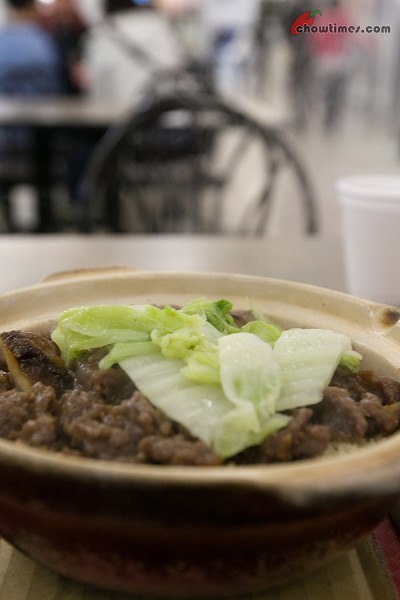 OK, I declare that this is the best’est claypot rice I had ever had in Metro Vancouver! 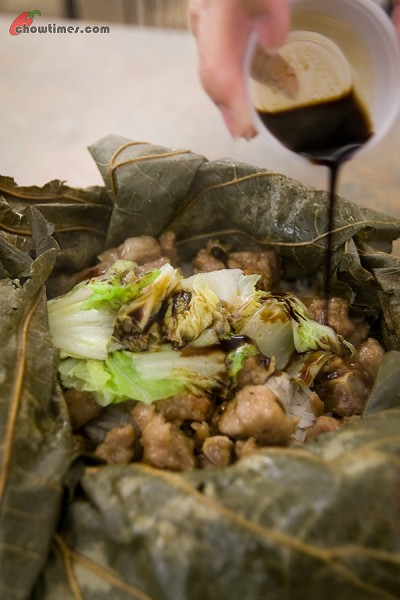 We initially wanted to also order the “frog with ginger sauce” claypot rice but we saw the table next to ours eating rice directly out of a steaming basket which is wrapped in a large piece of lotus leaf.

It is called the Steamed Rice with Lotus Leaf and has two versions. James Snacks recommended the Spareribs with black bean sauce ($5.50). The other option is the chicken with black fungus. 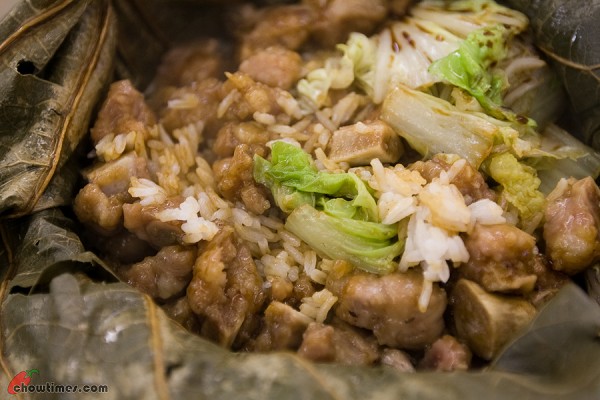 This is equally as great as the claypot rice. The rice is topped with suey choy. The lotus leaf provides a subtle fragrance to the rice and helps keeps the rice warm longer. OMG … you gotta try this one too. 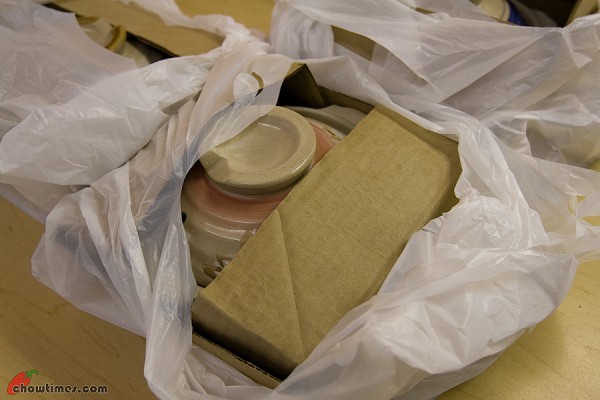 I can see why James Snack’s claypot rice is so good. They never cut corners. They do things the right way even though it is unconventional. The quality of the food is paramount.

For instance … they have a lot of take outs. For people who take out, they let the customer take the rice away along with the claypot!! The claypot is so hot that they pad it with cardboard. Can you imagine that?

They told me they take a deposit of $3 for take outs and is refunded upon the return of the pot.

I was highly impressed to tell the truth. 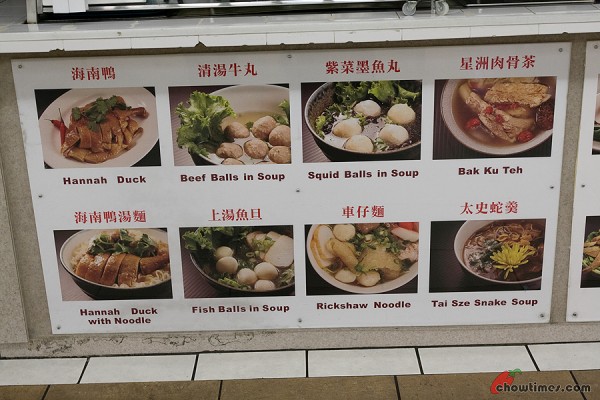 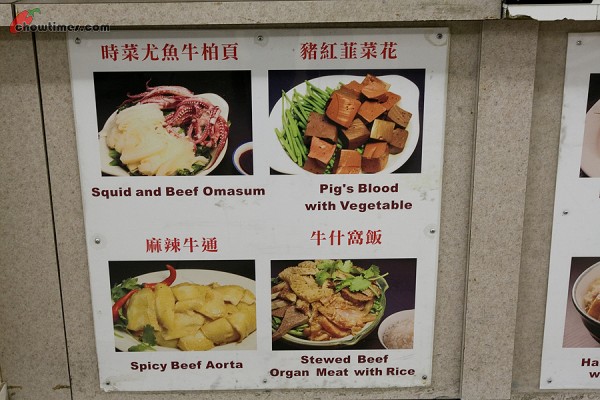 There are other stalls worth discovering at this food court. Right across from James Snacks, there is a stall that does extreme meat stuff. It is called Lai Leung Kee Delicatessen and they have things like:

There is also another stall called the Choi House Special Chicken and they have interesting items on their menu too:

We will most definitely coming back to this food court again to check them out!