Have you ever heard of a Chinese restaurant on 51st and Main called Snow Garden?

But I was sure taken in by the banner outside this restaurant that says “The Original Chefs of former Snow Garden restaurant (51st and Main)”.

The banner was just under the awning of the Sunlock Garden Restaurant on Fraser and 27th.

Even though I did not know of any Snow Garden, I assumed that the chefs must have been really famous or something. I checked for any reviews on the internet. I can’t find anything substantial at all. Maybe I did not look hard enough but the only Snow Garden review I found was of a restaurant in downtown which is obviously not this one. Sunlock? Nyada.

Like going on a blind date, we went. We went over the bridge again and with that, the usual complains of “why do we have to drive so far?”.

I am not a Chinese food snob. Or maybe I am but I am not admitting it.

We walked in and found that the restaurant was quite busy for a restaurant in a quiet section of Fraser. It was half full. We were the only Chinese customers that day. Not that it’s a problem but I found that quite strange because the customers were well represented by all the major ethnic groups of Metro Vancouver.

It appears to us that Sunlock is a neighborhood restaurant. Everyone looked like they lived nearby.

The restaurant looked very dated with worn carpet, old tables … even the plates and bowls looked seasoned. I hate to point this out but I thought I can smell the dustiness of the carpet. It is of a fair size with seatings for 50-60 people. The whole area is spacious.

Despite the makeup of their customers, they have Chinese language menu pasted on the walls … which I thought was not any use to the customers they had that afternoon, including us.

A quick look at the menu says that this is a Cantonese restaurant. One would have thought that they would serve cheaper food. For the most part, they have a lot of dishes at the $10-$12 price range but they also have pricier dishes. For instance, the duck dishes are about $30 and sea cucumber at $25.

What interests me was the dishes that had the words “order in advance” on them. Like:

There is also a complete section with 7 dishes on Crispy Rice too.

We thought rather than chancing it ourselves, we asked the waitress (she was the only one working the floor) for recommendations. Just because we spoke in English, she suggested some very chop-suey’ish dishes! You know things like Egg Foo Yung and Lemon Chicken. 🙂

I decided to just order my own. I was curious about the dish called Buan Buan Chicken.

This is $10. This turned out to be a cold dish with shredded chicken on a bed of shredded cucumbers and slathered with a peanuty sauce. It was lightly spicy which we kind of like. Both Arkensen  and Nanzaro … did not like this dish. So it was a lot for Suanne and I to finish off. 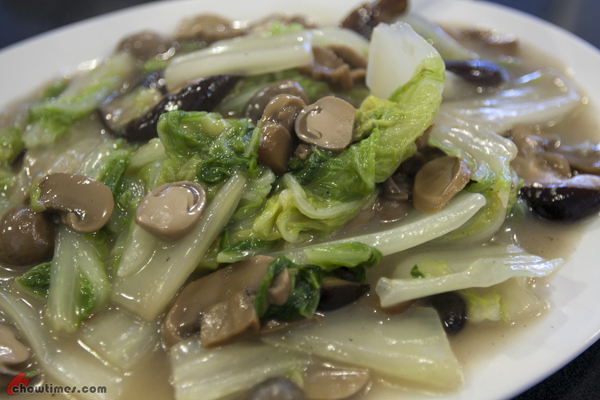 We also ordered the Tien Tsin Style Cabbage with 3 kinds of mushrooms ($11). The only reason we had this was we did not know what “Tien Tsin Style” means. We thought it was a method of cooking.

Disappointingly, it is just simple stir fry veggies with button mushroom, straw mushroom and shitake mushroom. This was too green and so Arkensen and Nanzaro did not touch this either. We thought it was quite good, especially the sauce.

Not wanting to spend $30 on the duck dishes, we opted for their cheapest duck dish. This is called the Spicy Fried Duck and we got the half portion for $12.50.

It was not spicy hot at all. It was spice-spicy. 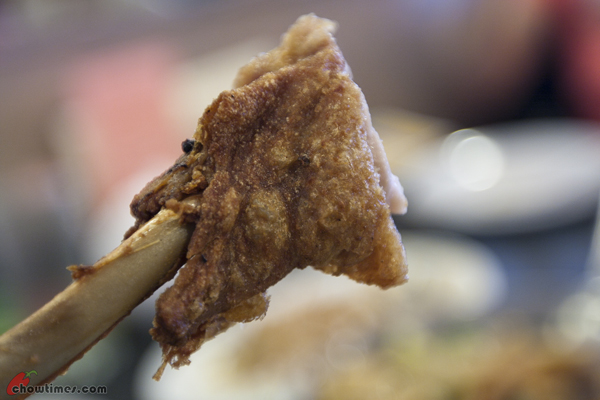 It was certainly not quite well deep fried. The skin was not crispy enough. 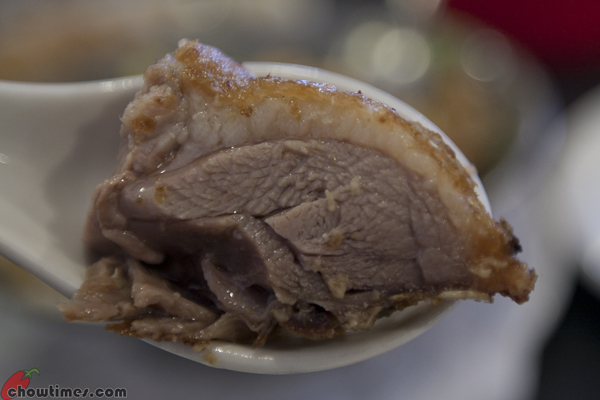 It was also quite greasy and simply too salty also. We just had the excellent roasted duck from Red Star (see picture below), so this one did not awe us at all. 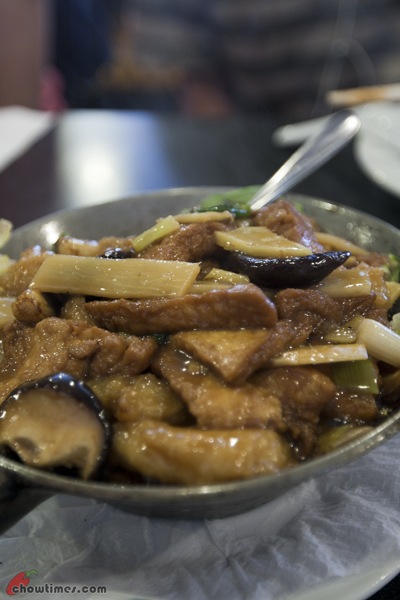 The Fish and Tofu Hot Pot ($12.50) is served in a metal pot and served sizzling hot.

Now with fish, tofu, mushroom, bamboo shoot, green onions and ginger, this one everyone enjoyed a lot. It was moist and the sauce is really good. The tofu, I remember, was very hot on the inside. 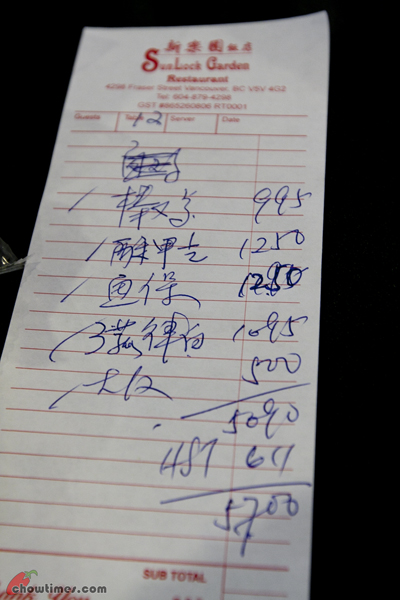 Surprisingly, Sunlock Garden accepts credit card. That is strange for a Chinese restaurant.

So overall, was the food good? It was nothing really spectacular. Maybe if we had their “order in advance” dishes, it might have been different. We thought the prices are quite OK.

We actually over ordered because, most of the time, ordering three dishes for the four of us would have been enough. 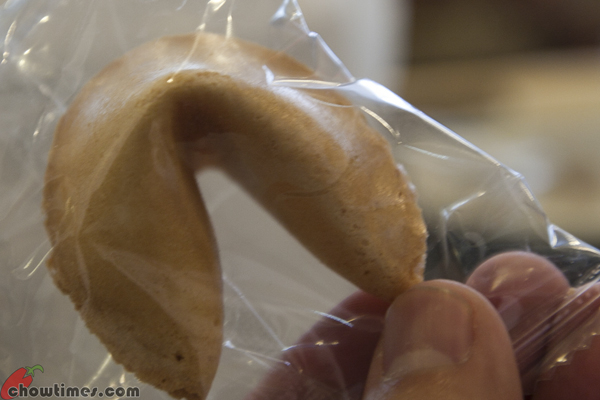 Arkensen got the “fortune” above. Suanne and I did not have a “fortune” in ours.

Anyway, like I said … I was taken in by the banner outside the restaurant. I still don’t know what the fuss about the “original chefs from Snow Garden”.