I am not sure why … not sure if it is coincidence or what.

You see, some of the most passionate foodies I know are of the Filipino heritage. It is strange because the Filipino cuisine is so under-represented in Metro Vancouver. If you think about it, Filipinos makes up a significant percentage of the visible minorities in our city. If I am not mistaken, they are the third largest minority group after the Chinese and the East Indians.

My impression is that Filipinos are shy and private people, event timid. As a people, they tend to blend into the fabrics of society rather than sticking to their own — unlike the Chinese and Koreans, for instance. While one may think that the Chinese are everywhere in the world, I think that in terms of sheer percentage of the Filipino population, there are more Filipinos living outside of the Philippines than the Chinese outside of China. The Chinese is just greater in numbers because of the sheer size of their population.

Yet, the Filipinos seems to have so small a voice compared to the other communities. But one thing I see too … they are proud of their heritage … and even more fiercely proud of their cuisine! Go ahead and ask any Pinoy. Ask them if the Chinese Roast Pig is better or the Filipino Lechon (see pictures) is better. They will go and describe to you twenty different ways why the lechon is more superior. He he he … if not for the fact that they are so mild mannered, they would probably say that the Chinese Roast Pig skin is laughable.

Ask them also about the Crispy Pata (see pictures). I bet they will tell you there is no equivalent in the world … and I have to agree to that.

While we would shirk from even looking at the balut (see pictures), let alone eat it, they might be thinking “What is the problem? It is delicious”. LOL!

I learned a lot about the Filipino people, the culture and cuisine only in the last year or two. I remember the first time I was properly introduced to the Filipino cuisine. It was Pinoy Gourmet who brought us to a feast at the Little Ongpin restaurant in Richmond. What a feast it was!

The Filipinos love their pigs! Many of their best food resolves around the pork. 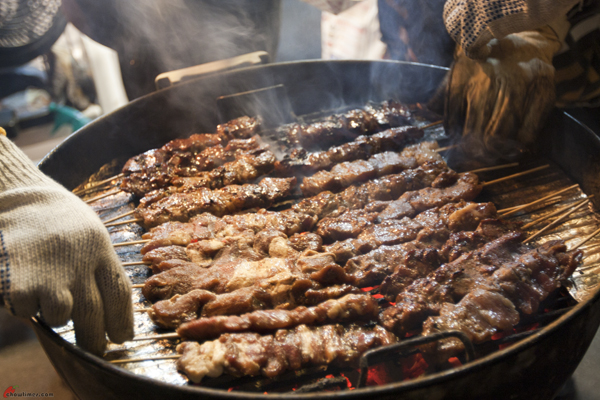 Pinoy Gourmet told me about the pork barbeque recently. The thing is, there is no Tagalog name for this pork on skewer. I think it is just called Pork BBQ. The Filipinos should coin an official name for this to make them uniquely Filipino.

I was quite intrigued by what he was telling me. I remembered the BBQ on skewers that I had in Little Ongpin and thought at that time how similar it is to the Malaysian Satay and at the same time I had to grudgingly admit it was better than the Malaysian version in some ways. 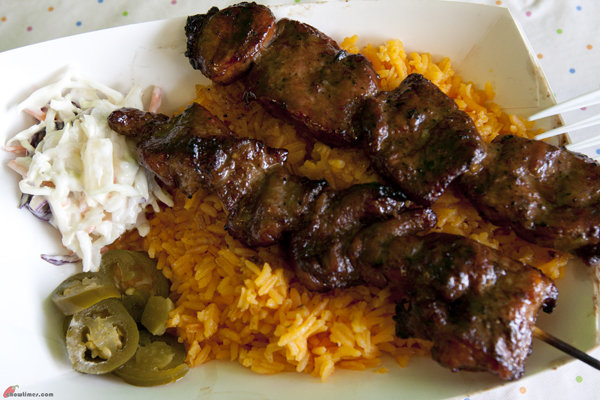 The Filipino meat on skewers are definitely bigger than the satay … way bigger, way meatier. In terms of juiciness, they are are much more moist. What I like is that they uses pork. They have no religious inhibition to pork. Pork satay is virtually unheard of in Malaysia — he he he, no one dared to advertise they have PORK satay in Muslim Malaysia.

The only way that the Pinoy Pork BBQ is inferior to the Satay is the absence of the peanut sauce. LOL!

Oh … you will be shocked when I tell you what the secret ingredient is … further down this post. Not now … hang in there for the next little while. 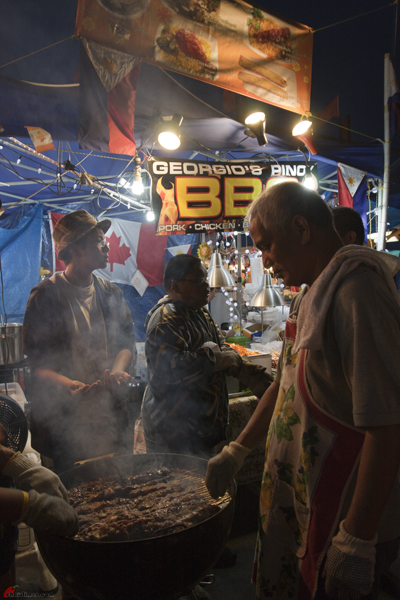 So, Pinoy Gourmet told us that he knows the people behind Georgio’s who is a rising star for the Filipino Pork BBQ and asked if we would want to talk to them. Sensing that this would be something interesting to Friends of Chowtimes, I took the opportunity.

So I met Jun and Perla at their hole-in-the-wall shop along Rumble in Burnaby. I went away feeling impressed with what they had done. However, I must say that I had not been successful in verifying what they had told me. I am just being careful because I cannot verify some of the things told to me. This is what I was told:

The amazing thing is that Georgio had just started business since April this year. More amazing is that the real person behind the food is Perla who also has a full-time job. 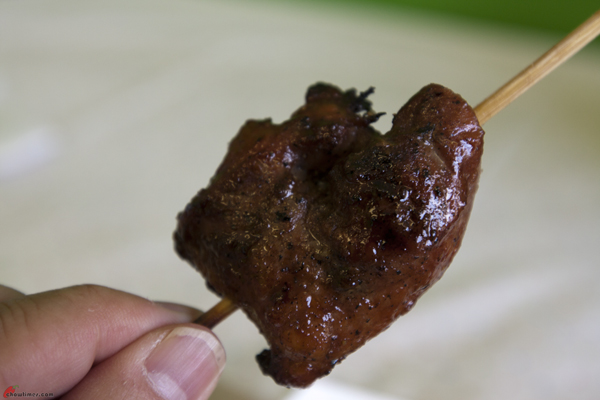 I must say that the Pork BBQ was great. No doubt about it.

When I visited them, they gave some for me to try. I saw that they took a long time to make it … 10 minutes in slow heat.

The pork meat was very juicy and the meat tender. It is best when it is still hot off the grill. Perla told me that they marinade this for two days.

So I was curious and asked them what is in the marinade. They said it is a secret. LOL! 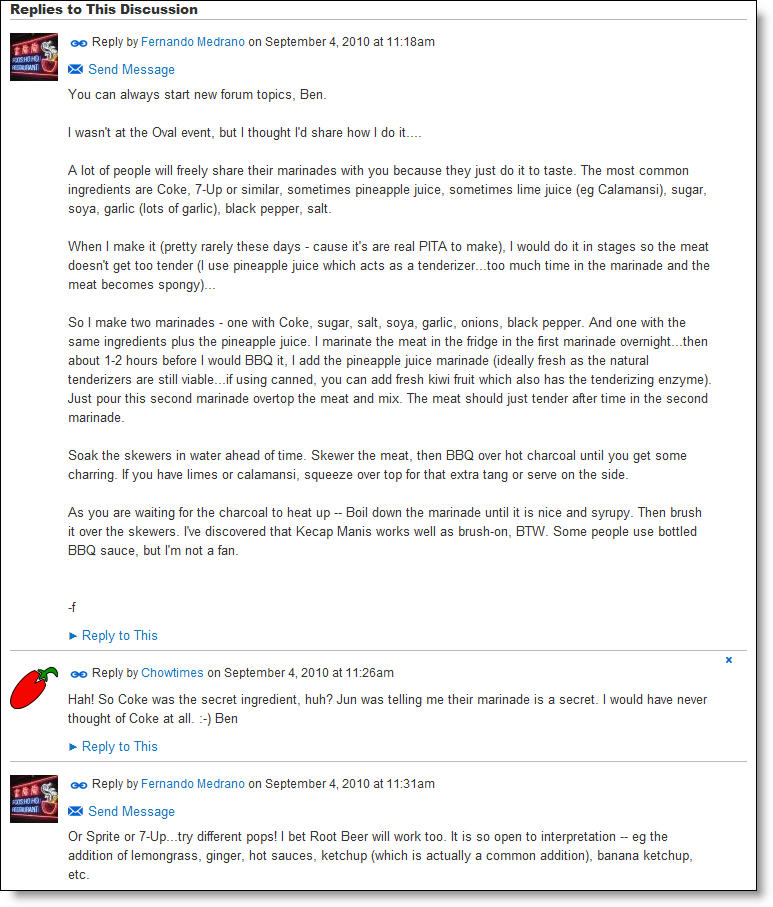 I am determined to find out and so posted this question on vanchow (click on image above if the print is too small). There you go … it’s POP!

You know, I can see the potential of Pork BBQ making it big in Vancouver. It is delicious, it is big, … and it is satisfying. It is (still) cheap. You could get more meat for $2-$3 a skewer compared to say, the satay or the Xinjiang cumin lamb skewers.

It is unique in its own right. It is not as readily available in food courts or street carts. Not many people even know where you could get one.

OK, I have done all my talking, pouring out what I know … warts and all. Now is your turn to tell me what you think.

He he he … I am hoping all the Pinoys out there come out and tell us more about their Pork BBQ. Come on … educate us!

BTW, Georgio’s hole in the wall is located on Rumble slightly east of the intersection with Royal Oak in Burnaby.