From the Beihai Park, I took a cab to the Lama Temple. Since it was mentioned as a must-see place in the guidebook where they devoted two pages to this place, I thought I go check it out. The guidebook did not mention about the size of the temple and so I thought it would be a small compound. I did not realize it was actually the size of a small palace.

Moreover, I was curious about this place because of the word Tibetan in the name. I do not know much about the Tibetan history in the context of China’s history. I know a lot of people are against Tibet being part of China but I do also know that for hundreds of years, Tibet had long association with China in one way or another.

The taxi driver dropped me off on the main street. There were a lot of shops selling Buddhist prayer paraphernalia, like 90% of the shops here sells Buddhism related things. A lot of them sells joss sticks. There were a number of Buddhist monks around in their yellow robes who garnered quite a lot of respect from the people there. Many of the monks do look like they are Tibetans with their darker complexion and weather worn faces.

Entrance was 25 RMB ($4 Canadian) and the audio guide was … 40 RMB ($6.50). This audio guide is like those I used in other tourists spots around Beijing and is GPS activated. I like these type of audio guides.

The problem here is that the narration of this guide is so confusing as it does not clearly tell you the direction you should be facing. 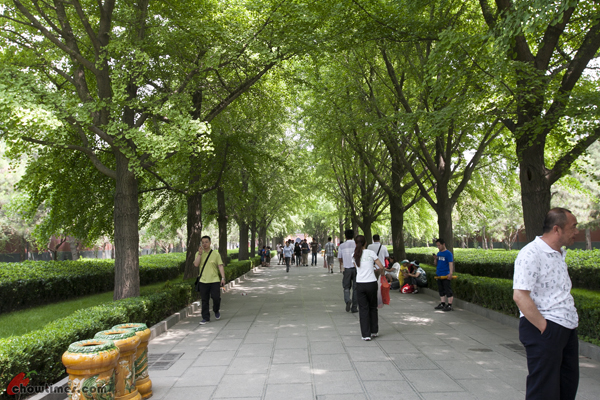 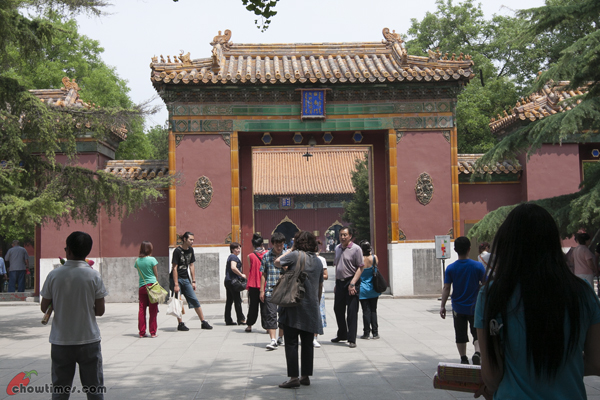 Since this was once a palace, the layout of this place has the similar design with all the buildings aligned on a north-south axis and the entrance from the south side.

Surprisingly, most of the visitors here are locals.

The Lama Temple is almost 400 years old. It was built in the earlier days of the last Chinese dynasty, the Qing dynasty as the residence of the heir to the emperor. When the Prince Yong ascended the throne of the dynasty as the Emperor Yongzheng, this place was converted to a monastery. 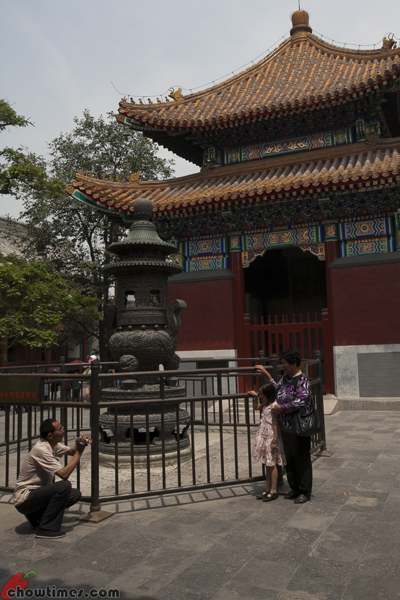 This is very much a functioning temple. I see people going around with a handful of joss sticks. There were people who were instructing them to put three joss sticks into each location.

Most of the people praying and seeking for blessings here are ladies and girls. I wonder why. 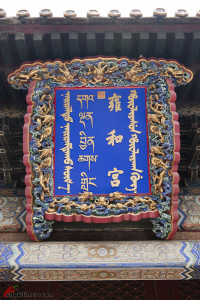 On the audio guide, it repeated twice very clearly that the signboard on the entrance is written in four languages. These four languages which formed much of China’s history are Mongolian, Machurian, Chinese and Tibetan.

My suspicious mind tells me that the Chinese government wanted to legitimize Tibet as part of China with this sign, driving home the point that Tibet is pretty much part of China as Mongolia and Manchuria was. Surprisingly, the other main ethnic group, the Uyghur in the far western reaches of China, was not represented on this signboard.

Ever since this trip, I learned a lot about Chinese history. Particularly, I find it interesting that the Mongolians and the Manchurians ended up adopting Chinese culture, customs and language even though they conquered the Han Chinese.

Tibet influence in China has always been religion and Tibet has been under the administration of China in one form or another since the Yuan (Mongolian) Dynasty in the 13th century. But unlike many other areas conquered by the Yuan Dynasty, Tibet was allowed to be administered largely intact without the introduction of neither the Mongolian or the Chinese system of administration.

At the end of the Yuan Dynasty, Tibet became independent before the Qing Dynasty came back to reassert control over Tibet for a few centuries. When the last Qing Dynasty fell, Tibet again was left alone until the Chinese Communist Party came to power and annexed Tibet once again as part of China.

I wonder how many Tibetan today support and how many oppose to the rule of Chinese. On one hand I hear that China has brought Tibet progress more than she could on her own and many want to be part of China. But then of course on the other hand, we see a lot of visible “Free Tibet” protests in our part of the world.

I don’t know. It’s not my fight. I just wanted to find out more about this issue but I know what I said above could draw some emotional response. 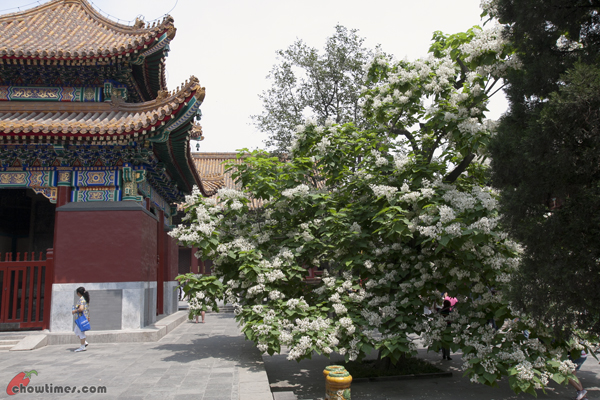 While Buddhism has been in China for a long time, it was only in the Yuan (Mongolian) and Qing (Machurian) dynasties that has the Tibetan form of Buddhism as its official religion. Toaism and Confucianism is more prevalent within the Han Chinese. 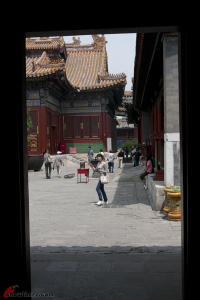 Anyway, I quickly lost interest in the visit here. As vast as this temple is, it was a lot of statues and halls that I lost track what is what. Moreover, the audio guide wasn’t triggering at the right time and place.

Anyway, once you have seen a temple, you had seen them all. It is like when visiting Europe, once you visit a cathedral, all the cathedrals look the same.

Too bad I can’t take pictures inside the temples. There is one huge statue of Buddha that stands 4 floors high carved from one piece of wood. Amazing. Wish I could show you a picture of that.

So I ignored the audio guide and instead, hehehe … I followed a few Tibetan ladies as they go about their prayers. Yeah, I followed them from one place to another and observed what they were doing.

That’s it. I did not spend a lot of time here. I decided to go get something to eat.