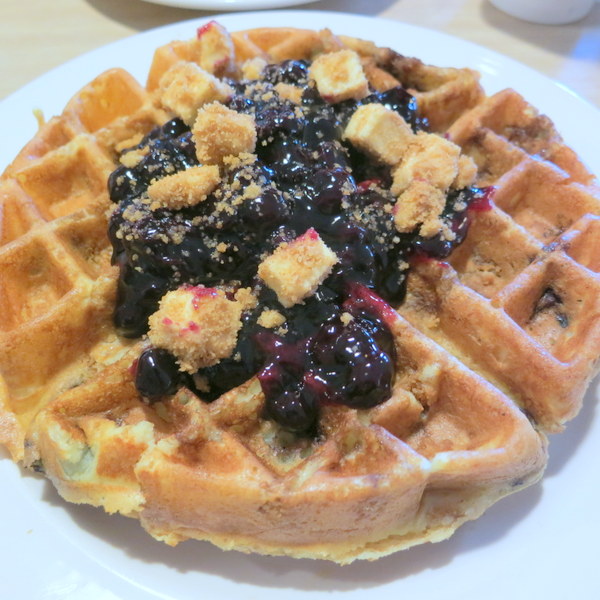 I wanted to try the new wallfles in IHOP and Ben wanted a place where he can surf leisurely and not rush. I had the Very Blueberry Cheesecake Waffle. 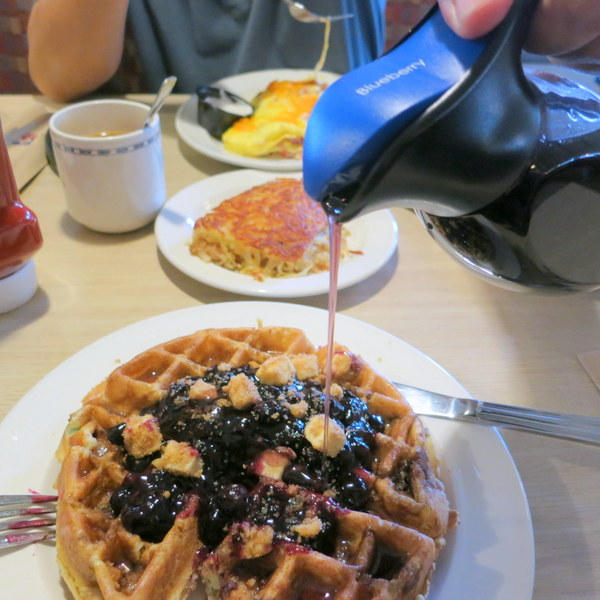 There were blueberries baked inside the waffle and blueberry sauce on top plus some cubes of cheesecakes. It was a big waffle, at least 6 inches in diameter. Frankly, it’s too much for me for breakfast.

I drizzled my waffle with blueberry flavoured syrup, of course. 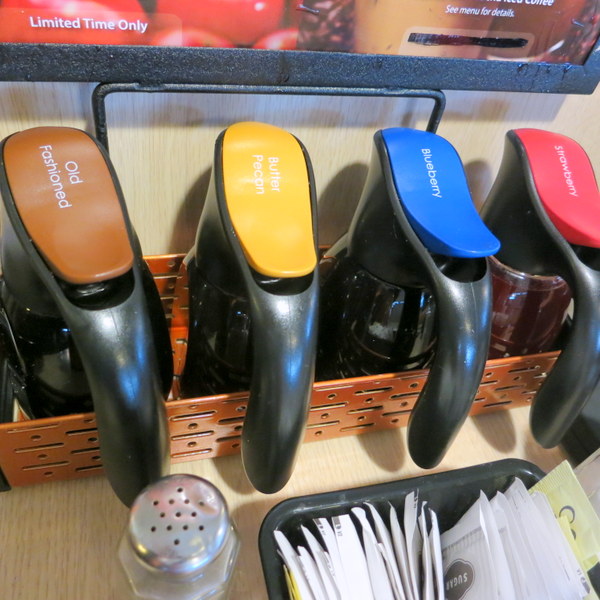 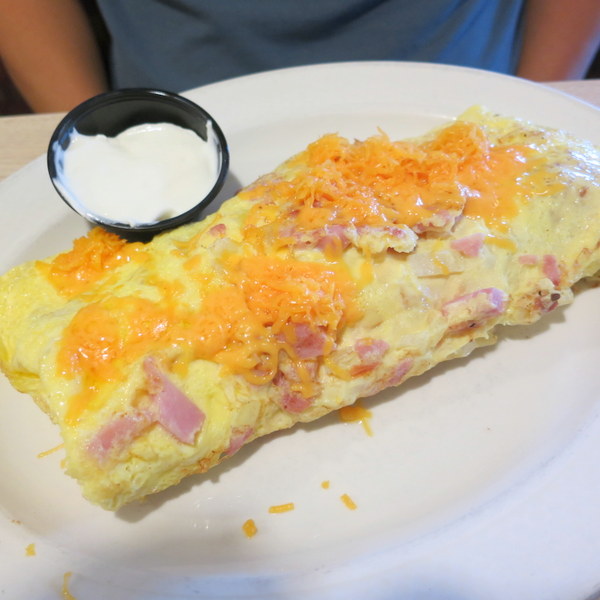 Ben had the Country Omelette which was also a big serving. It is a blend of ham, cheese, fresh onions and hash browns. Sour cream is served on the side. 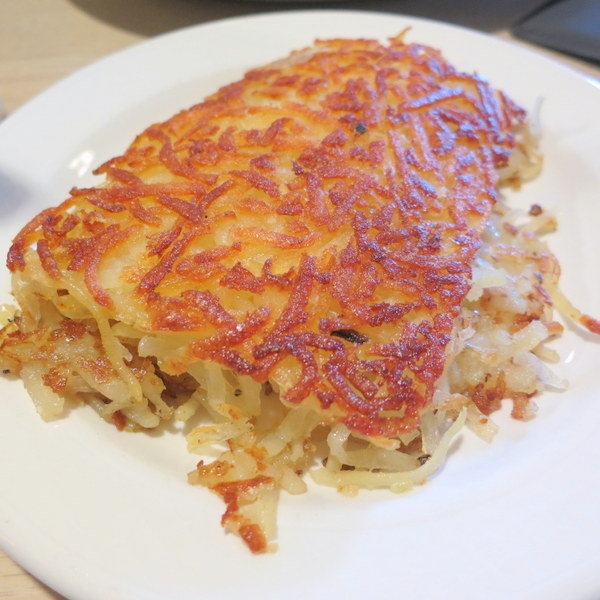 Ben’s breakfast came with a choice of pancakes or hash brown. He picked hash brown which was fried to crispy. 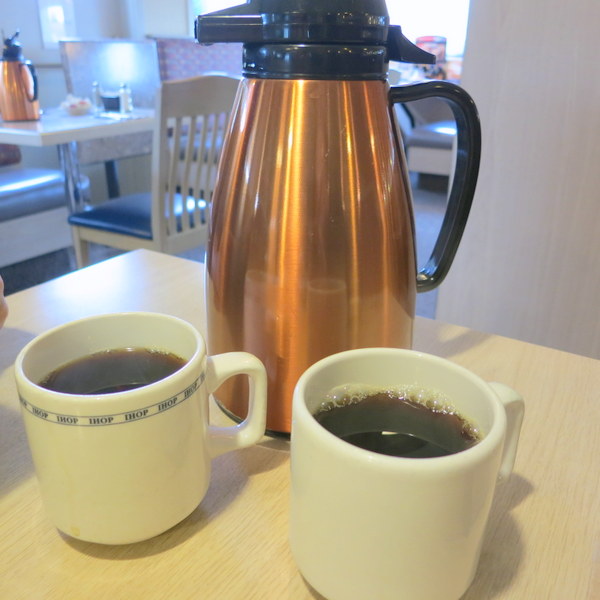 We had coffee which came in a flask to keep it hot. 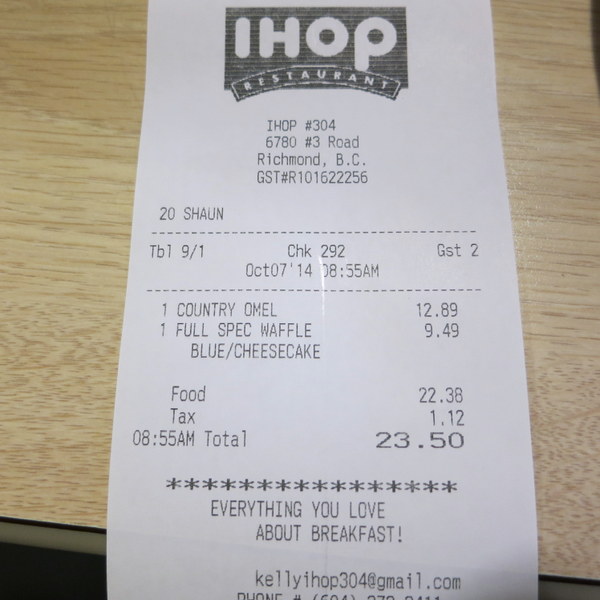