Ben wanted something light for brunch on a Saturday. At first he wanted to go to Wing Kee Restaurant but we found out that it’s only open for dinner.

There were Mahjong games going on in the restaurant in some private partition area. So, occasionally, we’ll hear the sound of shuffling mahjong.

The first dish for the Fish 2 Ways is stir fry fillet with vegetables like celery, sweet peas, mushroom and chives. The texture of the fish is quite firm.

For the second dish, we have a choice of soup or braised fish belly with ginger and green onion. We picked the latter. There were also some beancurd sticks in it. I noticed the dishes here were quite mild in tasting.

We had rice to go with the dishes. 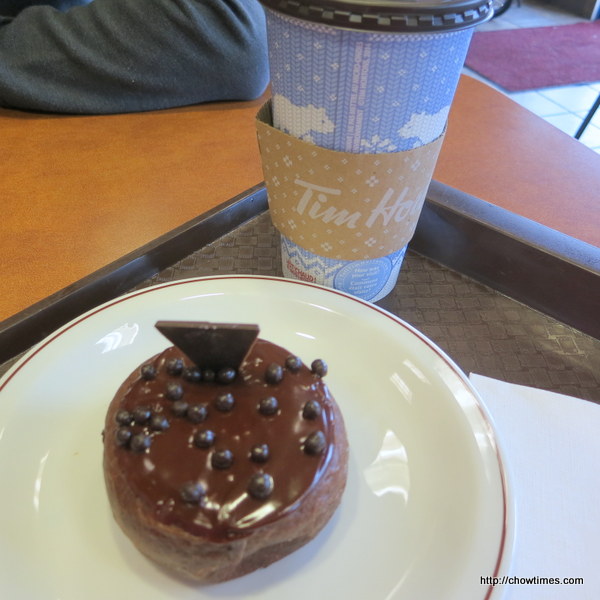 After lunch, we walked to Richmond Center, just for the sake of walking. We stopped at Tim Hortons for coffee and dessert. The Tim Hortons in this location is very busy, always a line of 8 to 10 people. 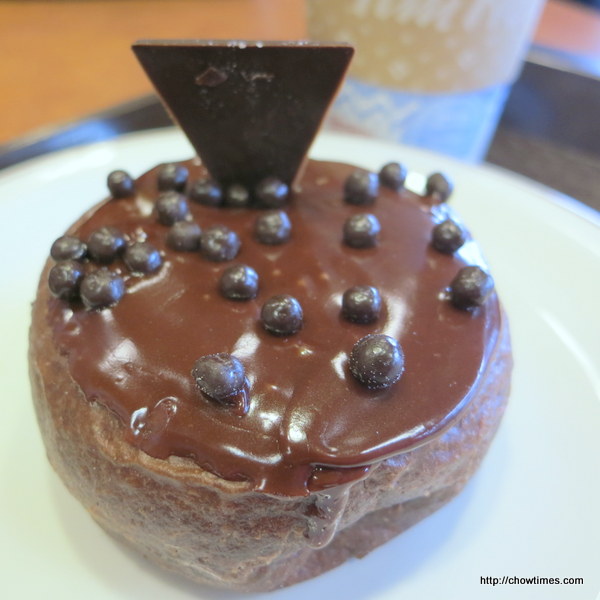 We shared one Dark Chocolate Donut which is a new item. The little balls on the toppings give some crunch to it. But I find the chocolate filings inside is a bit too sweet.