The Royal Ontario Museum is one of the largest museums in North America. 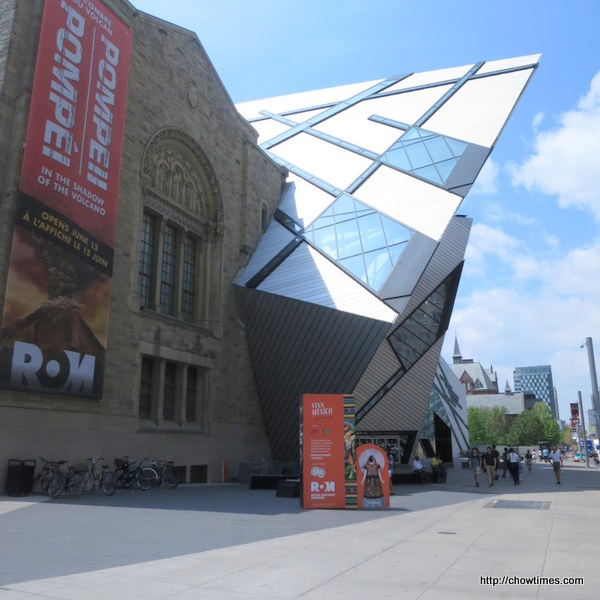 It is located at the north of Queen’s Park. It’s main entrance is on Bloor Street West. 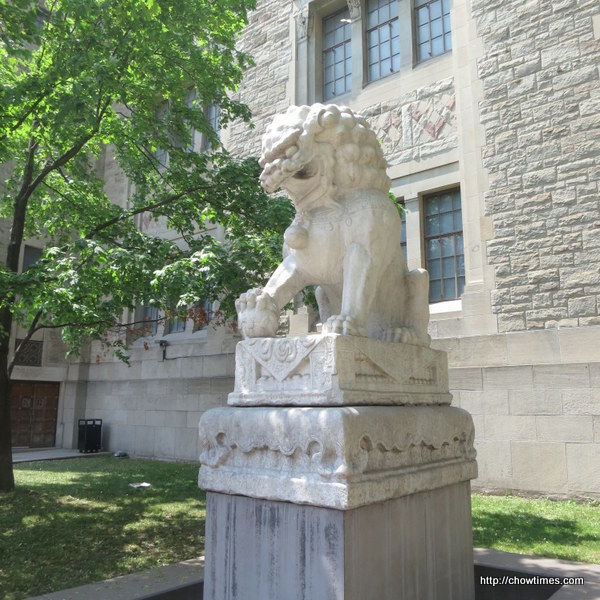 There is a stone lion on one of the side of the ROM, presumed to be a gift from China. 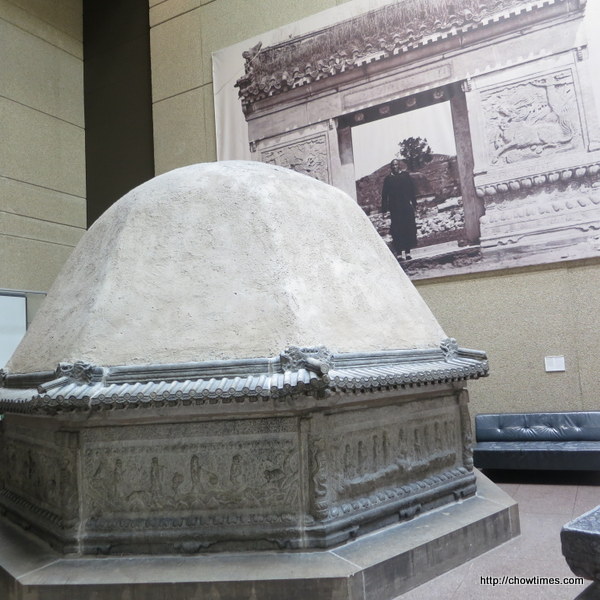 We spent most of our time at the China, Korea and Japan exhibits. The above is a Ming-era tomb. 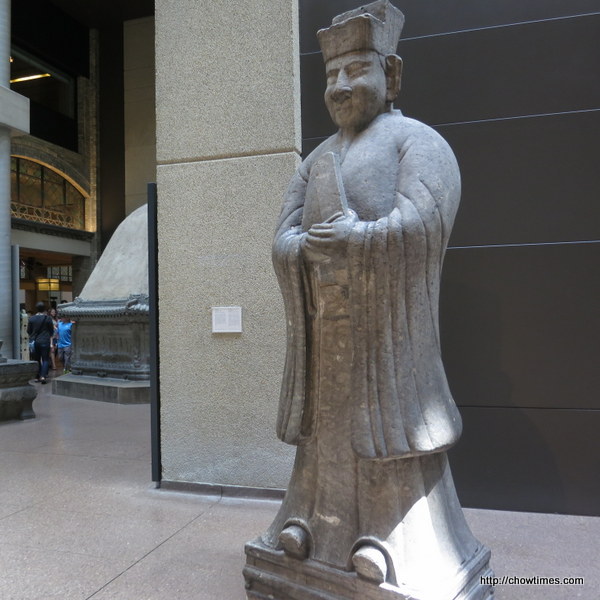 A sculpture of an official. 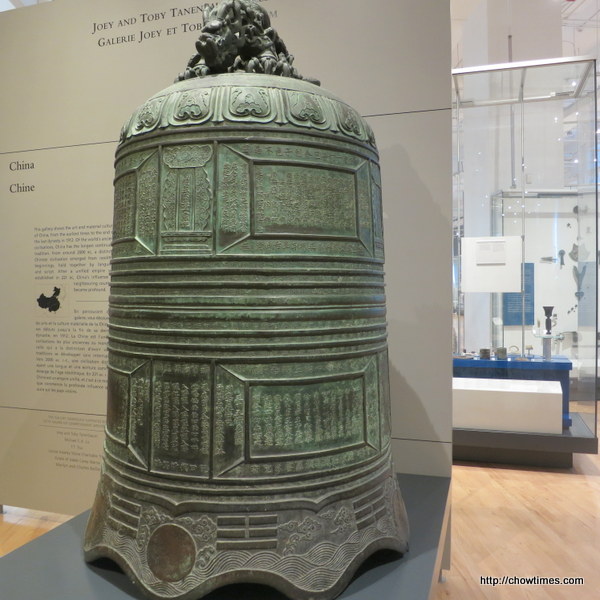 This magnificent temple bell with a double-dragon crown for suspension is covered with Buddhist scriptures. Like all Chinese bells, it does not have a clapper, but was struck from outside with a mallet or a suspended beam. 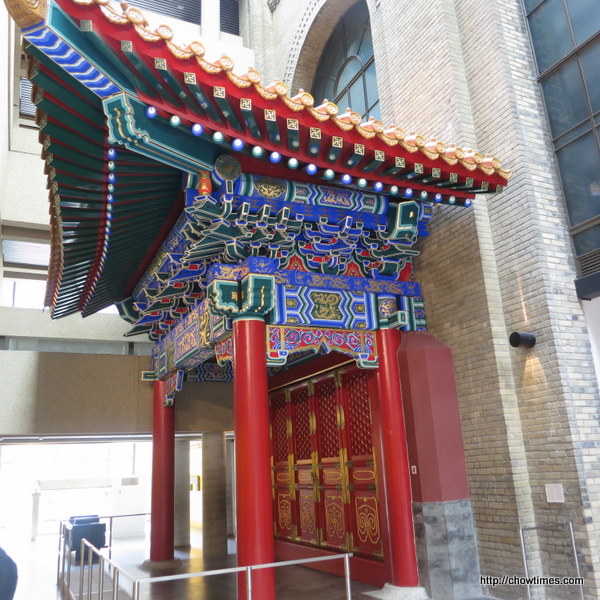 A replica of the reconstruction of an Imperial Palace building from Beijing’s Forbidden City. This full-scale reconstruction represents the corner of a large palace hall in the imperial style of the Qing dynasty (1644 – 1912). A team of ten Chinese artisans from the National Museum of Chinese Architecture in Beijing assembled and painted the building at the ROM from September to November 2005. 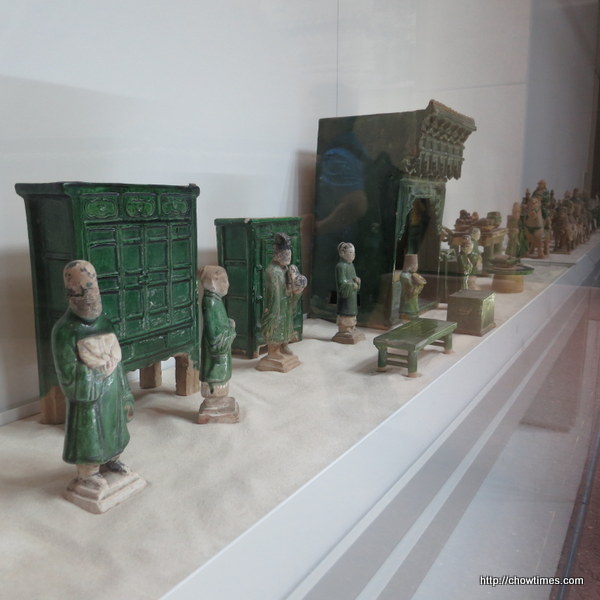 The above are ceramic tomb figures and models of useful objects given to the dead from the Han to the Tang dynasties (206 BC – AD 907). 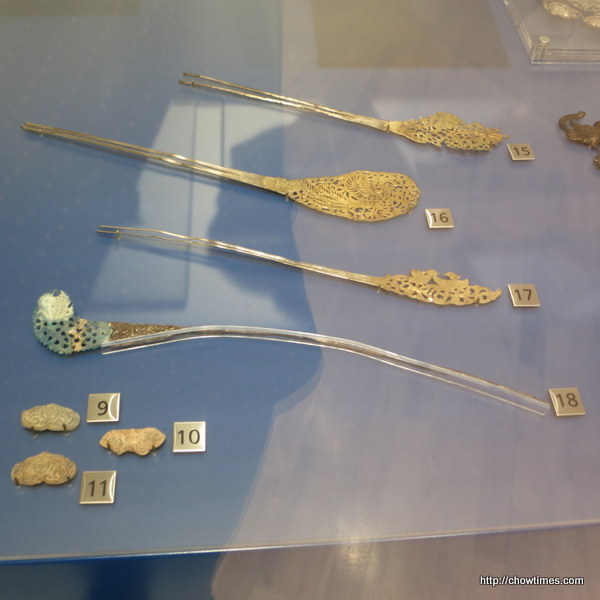 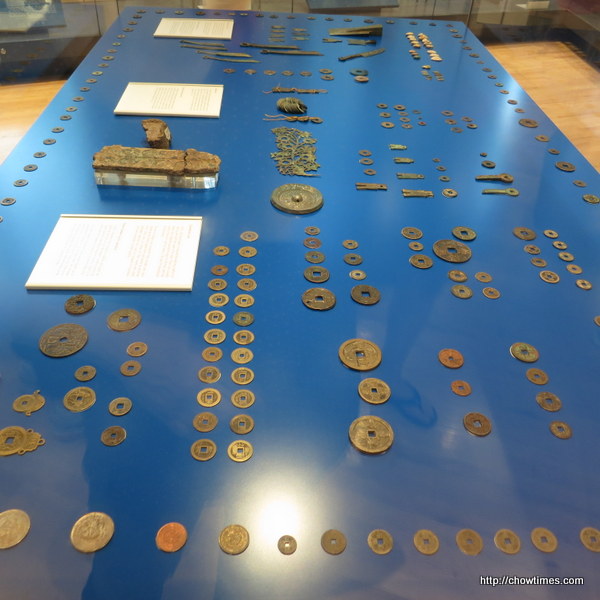 Ancient coin collections. The coins are arranged with the two earliest round coins – banliang and wuzhu in nearly continuous  use until 621. The remainder, arranged by date, represent all of the dynastic reigns from the Tang dynasty to the end of the Qing dynasty in 1911. 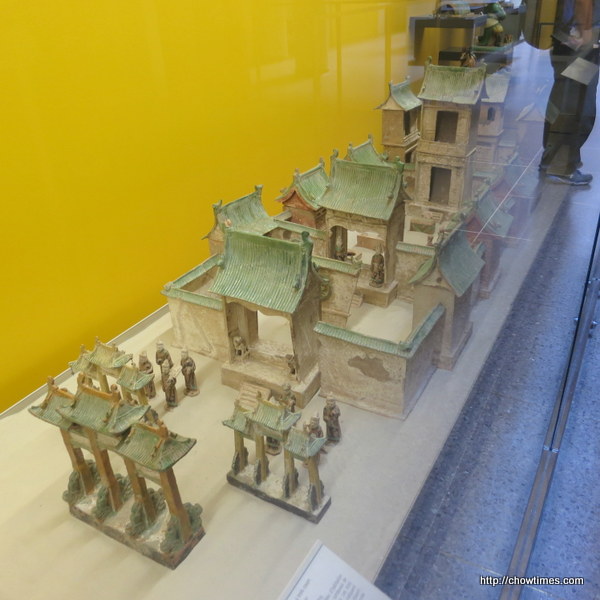 A model of courtyard house from the Henan Province. 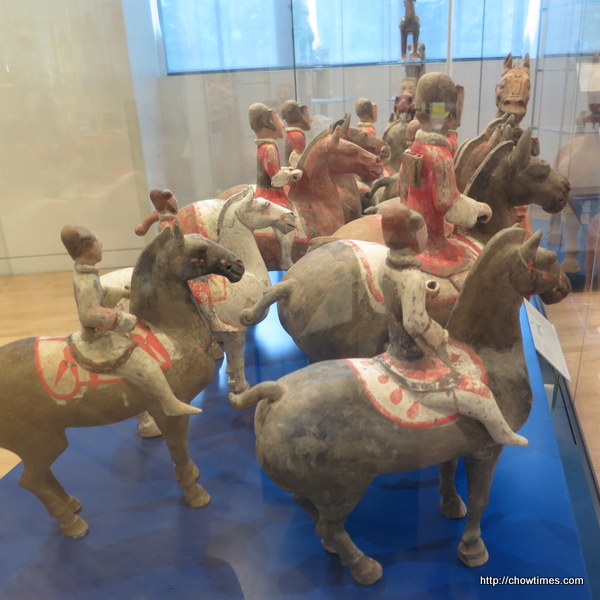 Ten mounted soldiers tightly grip their horse’s shoulders with their legs for stability s they don’t have stirrups. In China, stirrups were in use only from the fourth century Ad.  Several soldiers wear iron-plated armour. 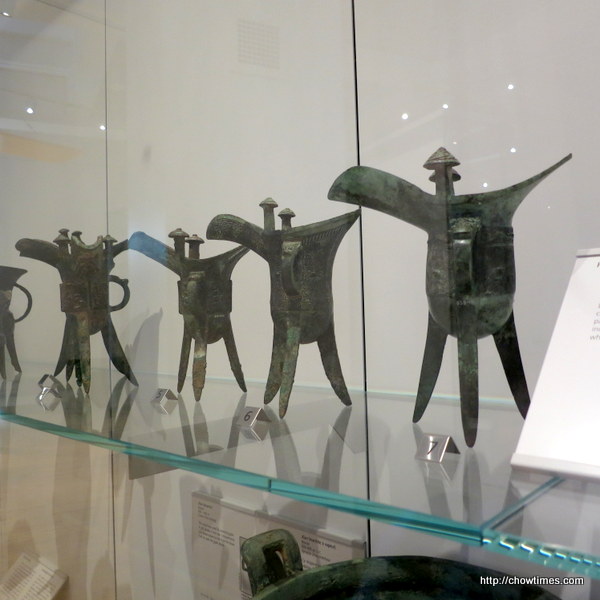 These pairs of wine vessels (jue and gu) have been discovered in burial sites dating to around the 15th century BC. 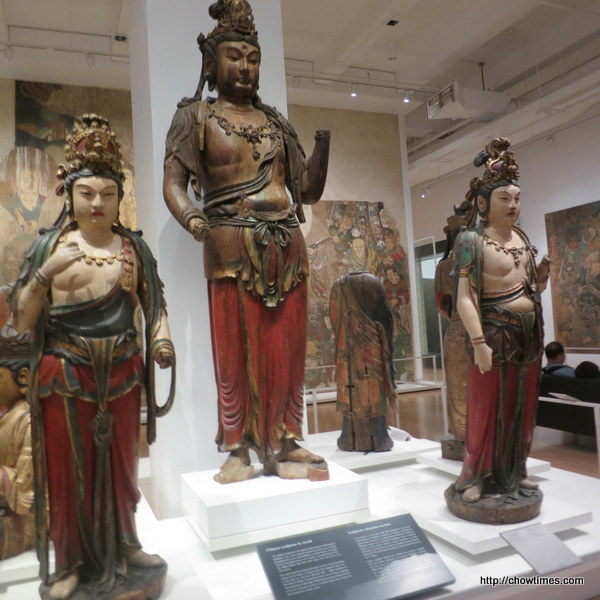 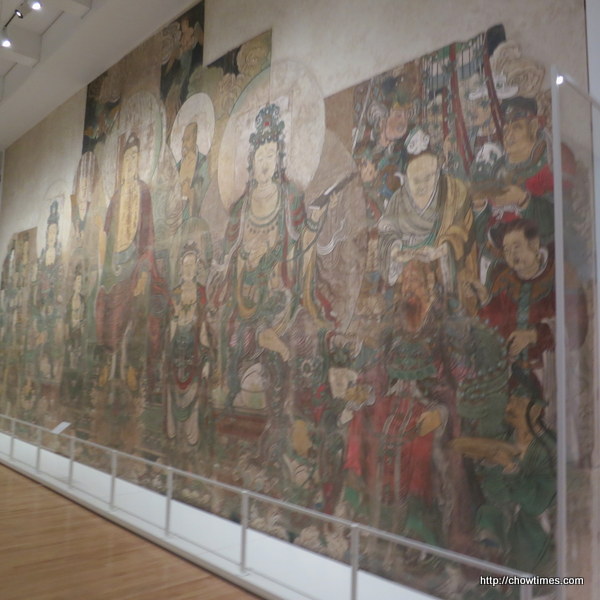 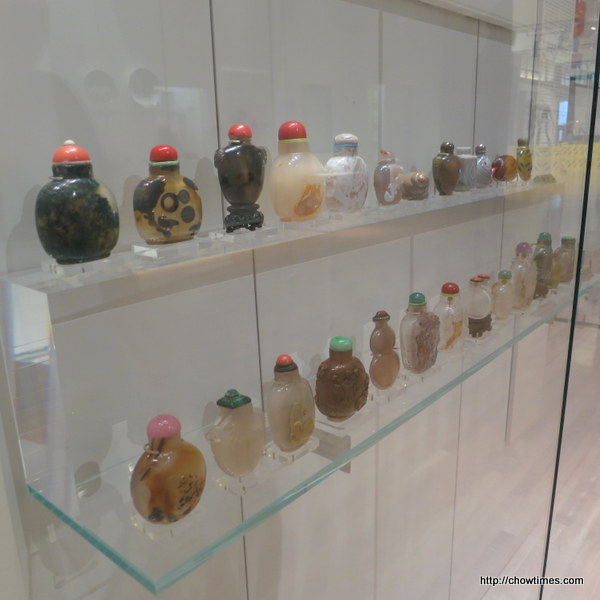 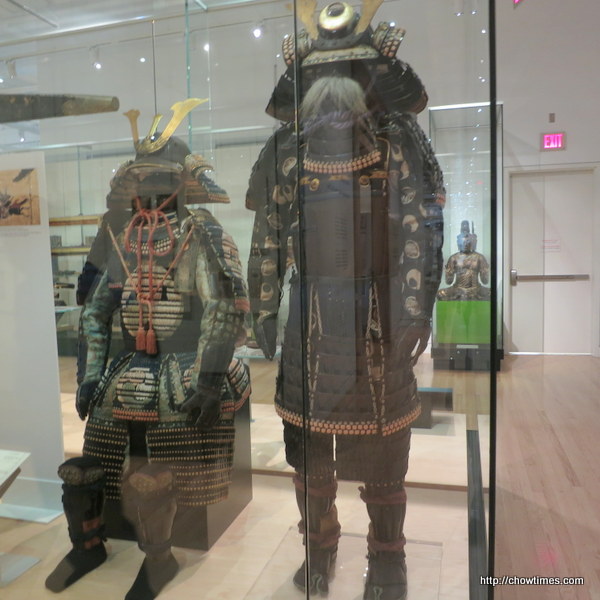 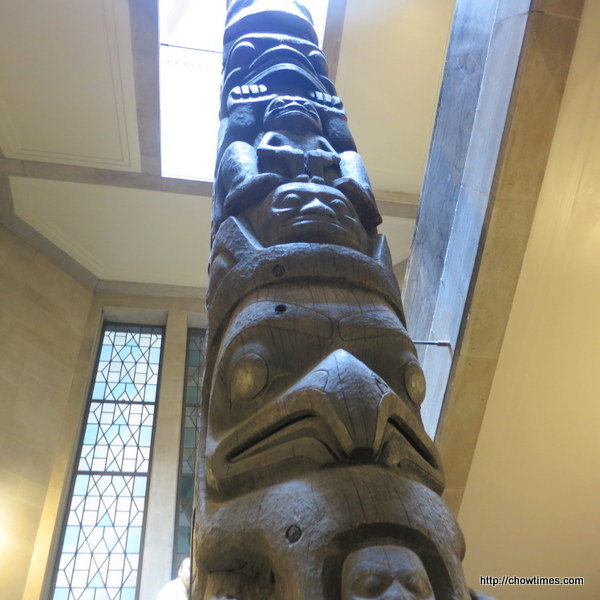 Nisga’a and Haida totem pole which extended to 3rd floors. 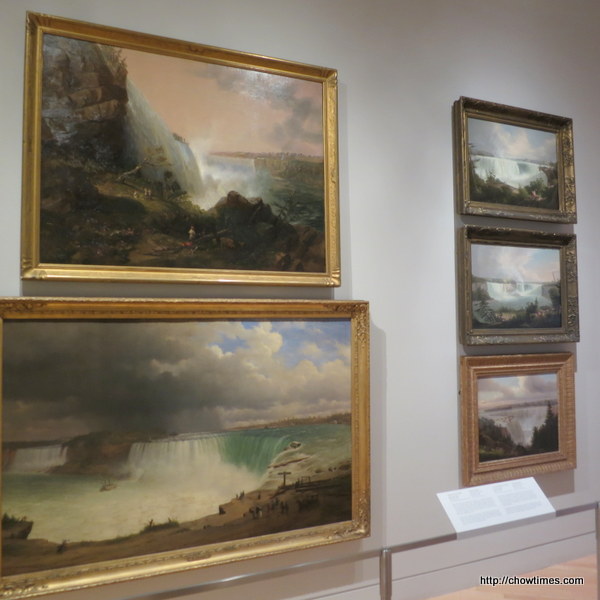 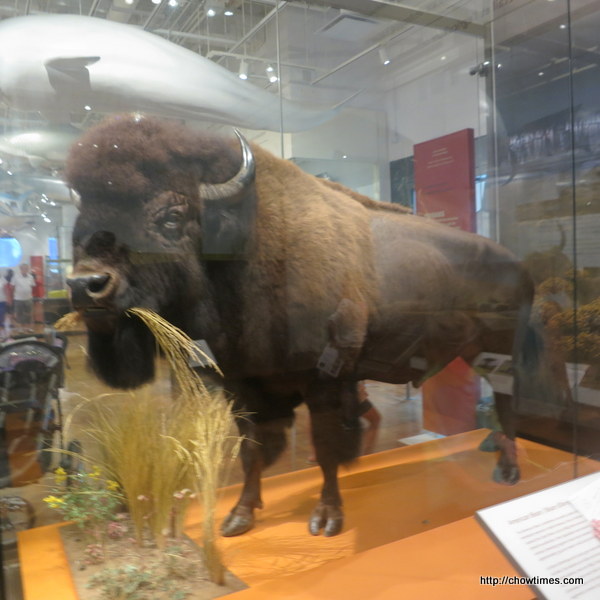 Bison from the natural history galleries. 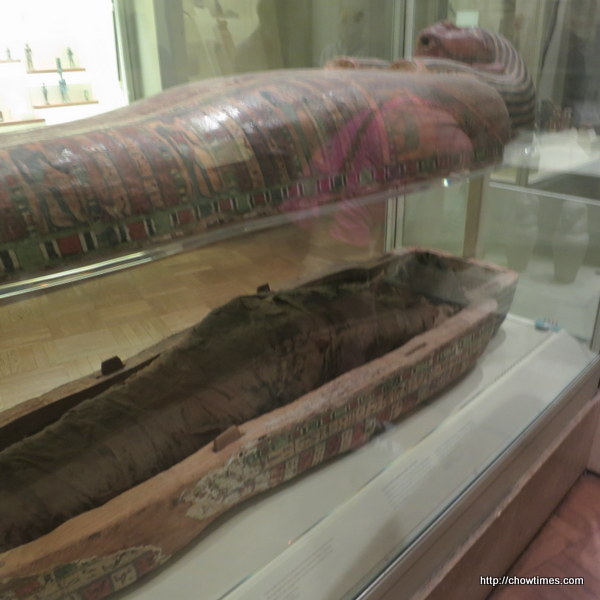 I sat on the bench next to these mummies to take a break while Ben went to explore a little more by himself.

I was tired due to lack of sleep the night before because we had coffee with the Uncle Tetsu Japanese cheesecake. I’m not supposed to drink coffee too late in the day as the caffeine keeps me awake.

We did not explore the whole place as we can never completely see all exhibits in a museum in one visit.