Lorna called me to go for “yum cha” on a weekday. “Yum cha” generally meant to go for dim sum for Hongkong people. 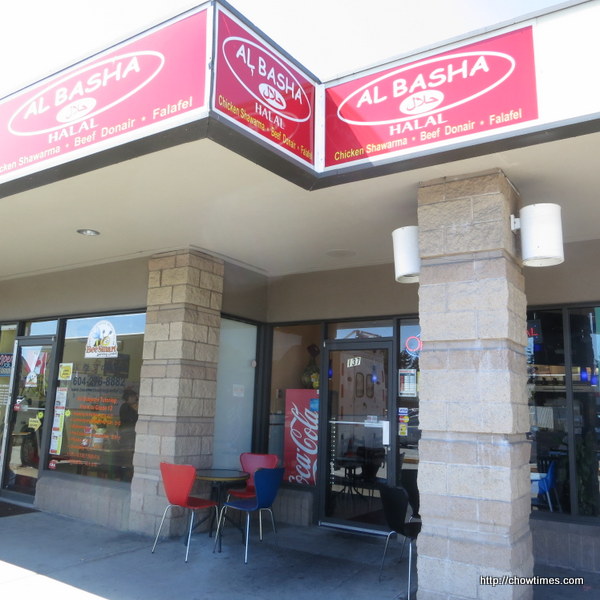 I suggested middle eastern food instead. I remembered Nanzaro told me about a sharwama place in Blundell and Garden City Road.

This restaurant used to be operated by Filipino but now it looks like it’s more authentic as the owner is of middle eastern descendant.

The first item was a Beef Donair. It has lettuce, tomatoes and beef slices. We can have it spicy or not. Although we asked for spicy, it was not really spicy. I guess the hot sauce spiciness varies. The spiciness from Abdul’s Sharwama in Crystal Mall is a real kick. Even I have to have cold milk when I had the donair from Abdul’s.

The Al-Basha Plate also comes with hummus, salad and pita bread. I do not remember they gave us the pita bread. Probably, it was left out accidentally.

Initially, Lorna wanted to get an extra side of Dalmanthes but the owner advised us that there were too much food for the two of us. He is such an honest person. Instead, he gave Lorna a piece to try. He did told us that it’s an acquired taste. He is right. It was too sour for our liking.

This restaurant opens until midnight.

Lorna, thank you for a great lunch.