We took the 5:00AM shuttle to the Sea-Tac Airport. 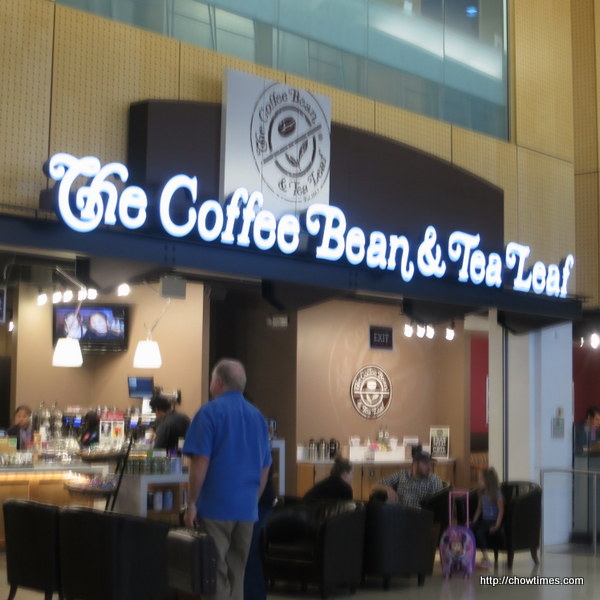 Nanzaro wanted coffee while waiting for our flight. There is not many shops open at this early hours. We went to The Coffee Bean and Tea Leaf which was opened. 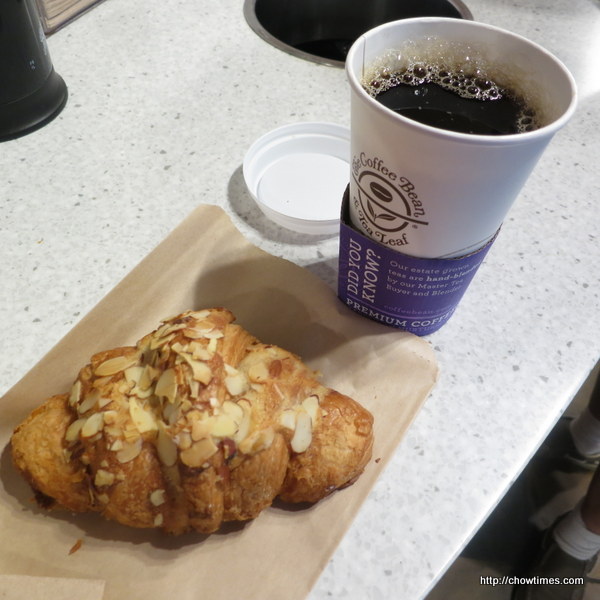 Nanzaro had coffee while I had an almond croissant. 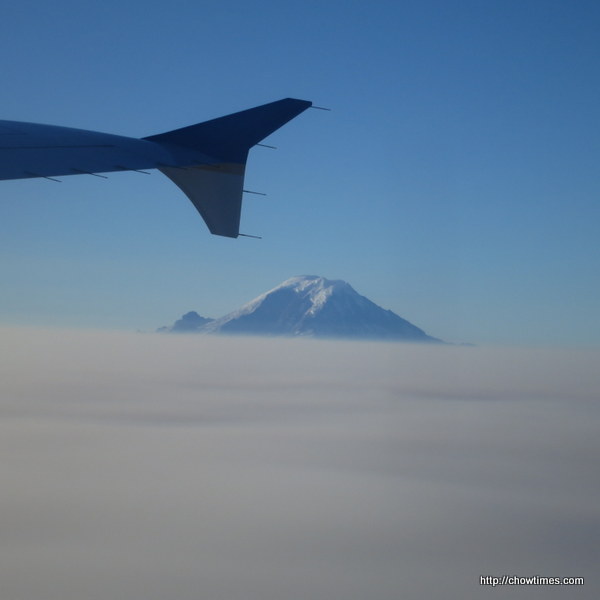 View of a mountain top above the clouds from the plane. 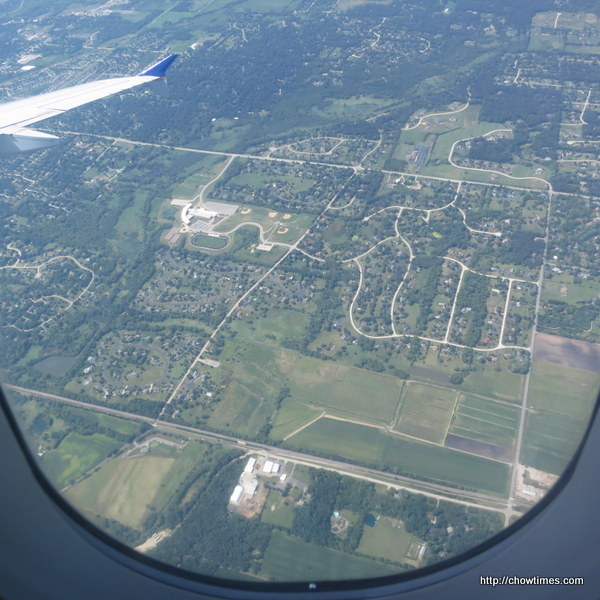 View of Chicago close to landing. 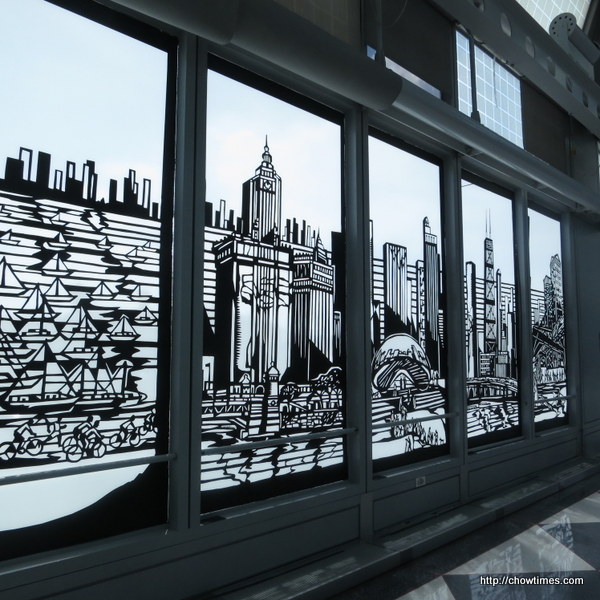 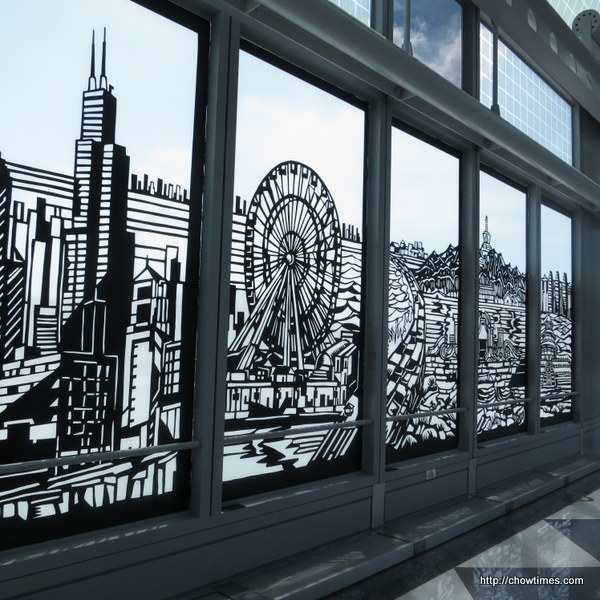 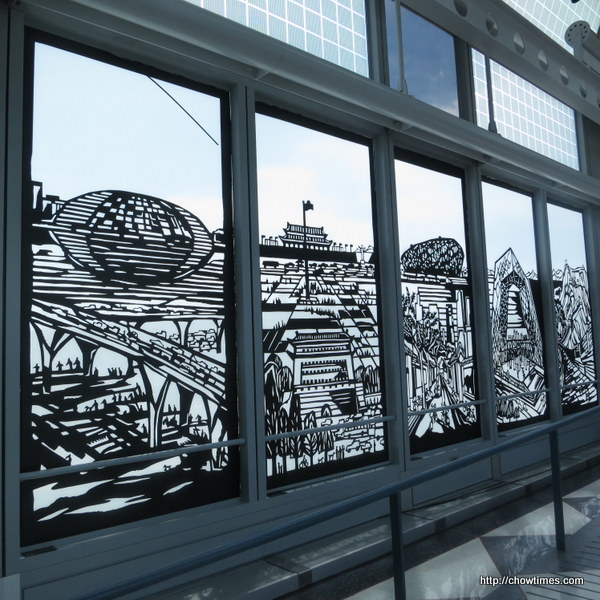 Some are attractions from abroad. 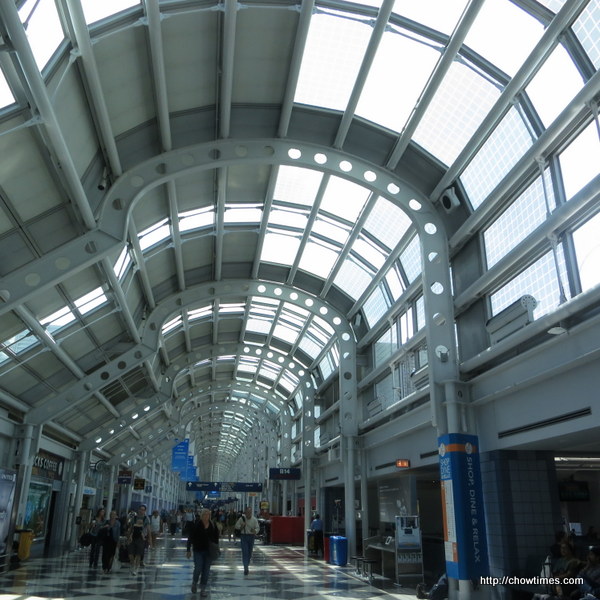 Scene of one of the terminal (can’t recall which one we landed at). 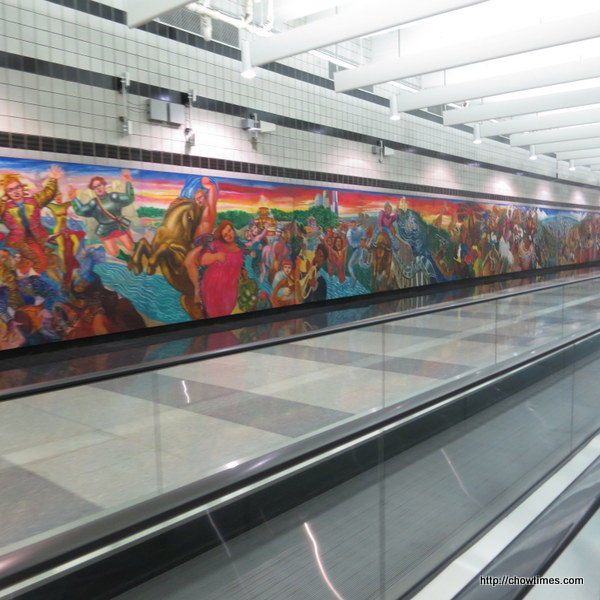 We came upon a mural that captures the images of Chicago’s urban life along the Pedestrian Walkway Tunnel on our way to the airport subway station. 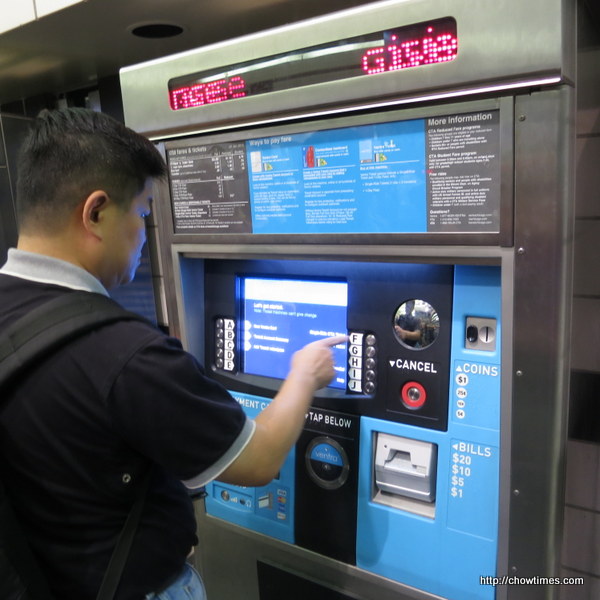 We tried to buy tickets for the “L” with credit card but the system requires the entry of zip code. So, we have to buy our tickets using cash. The fare was USD5 per person. Not sure if we selected the wrong option or the fare from airport is more expensive. Our return trip from city center to the airport taking the Blue Line was only USD3 per person. 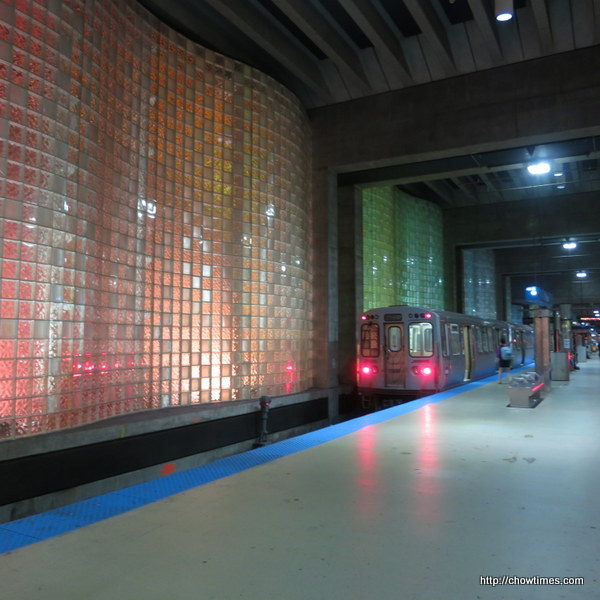