Our flight home was at 9:15AM. We checked out early and took the 6:00AM Le Cars Air France from Montparnesse to CDG, terminal 1. The Luftansa staff were on strike during our flight. Fortunately, we had the early flight and we were able to clear immigration quite quickly despite the slow service.

I bought a croissant to munch while waiting for our flight. The first leg of our flight is from Paris to Frankfort which is just an hour flight. 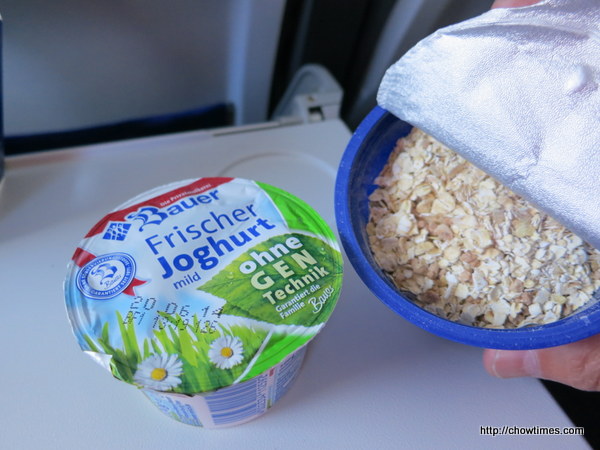 We were served oatmeal and yogurt for breakfast on the short flight. 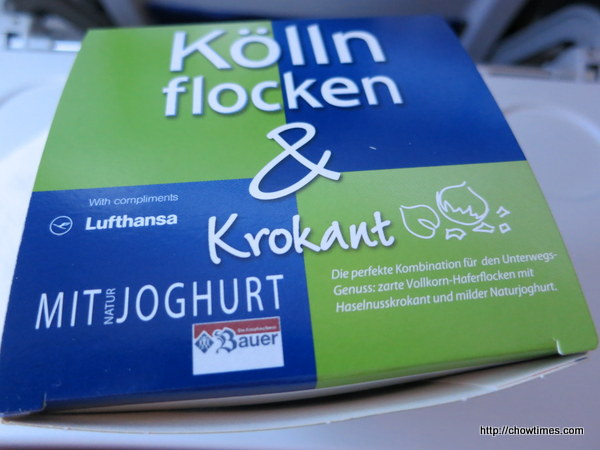 Our breakfast was served in a box. So, after eating, we can packed back the garbage into the box to be collected.

Here are some bird’s eye views from our flight. 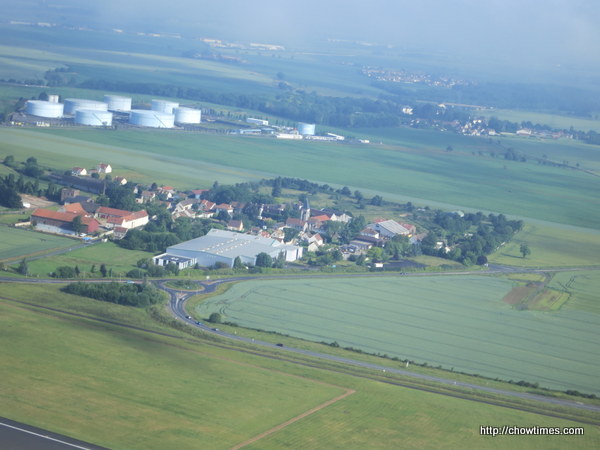 We had a three hours layover at the Frankfort airport.

More pastry snacks to pass our time. We had a chocolate dipped croissant which also filled with chocolate.

We also shared a cheese pastry. Actually, I ate most of the sweet treats. Ben just had a bite or two so that I do not feel guilty getting them.

The Frankfort airport is huge. There was a lot of walking from one end to another. So, I felt less guilty having the pastries.

The meal on board of Lufthanza was not bad. We had beef with rice.

Meal is served with real cutleries, not plastic disposable one. 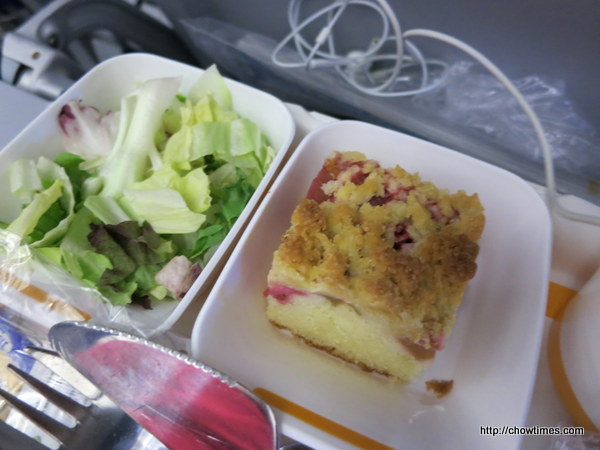 Sides include salad and cranberry cake.

Ben likes tomato juice for in-flight drink. It’s something that we never have at home.

Real cream is served for coffee.

We missed the second meal on board as we slept through the flight.

We had another transit at Montreal. It was a long day flying home. We were glad to be home.