My family went out for dinner on a Saturday evening. Only Nanzaro came with us as Arkensen was in the midst of doing his homework and he did not want to be interrupted.

We went to the new (to us) Cantonese B.B.Q. Restaurant on Capstan Way, Richmond. We did not see a lot of BBQ meat from the window.

The menu cover is nice. We ordered a combo for 3 at $50 which comes with 2 BBQ meat and two dishes. 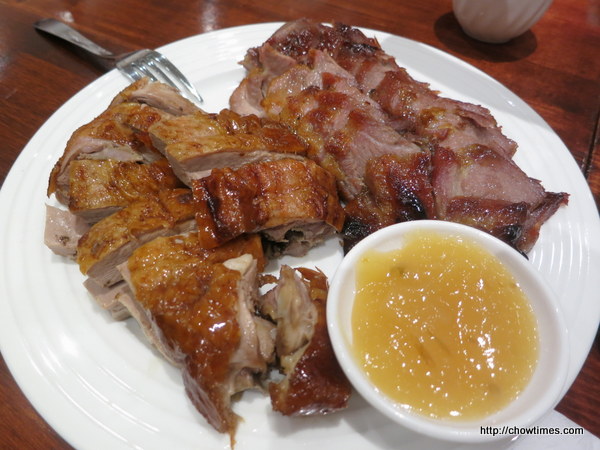 We had BBQ duck and BBQ pork for the 2 BBQ meat because we had roasted pork from HK BBQ master the day before.

Ben selected a hot pot dish of vermicelli with dried shrimp and hairy gourd. The flavour of dried shrimp was very pronounced as there were plenty of them. This dish has a home cook feel to it because I remembered my late mom used to make this quite often. 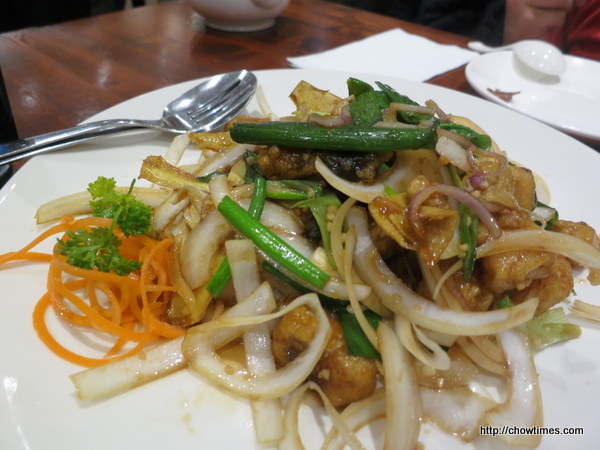 The second dish was Soy Sauce Halibut. This dish requires extra $2. There were plenty of onions in it which were quite spicy as they were barely cooked. I preferred the onions to be more cooked to bring out the sweetness in them.

Complimentary dessert soup was green bean soup. It had a pronounced taste of dried tangerine peel.

This is a Cash only establishment.