Ben brought Arkensen to Metrotown for dinner to show him the Pokemon Go hot spot. It was unbelievable to see so many people at one spot playing the game. 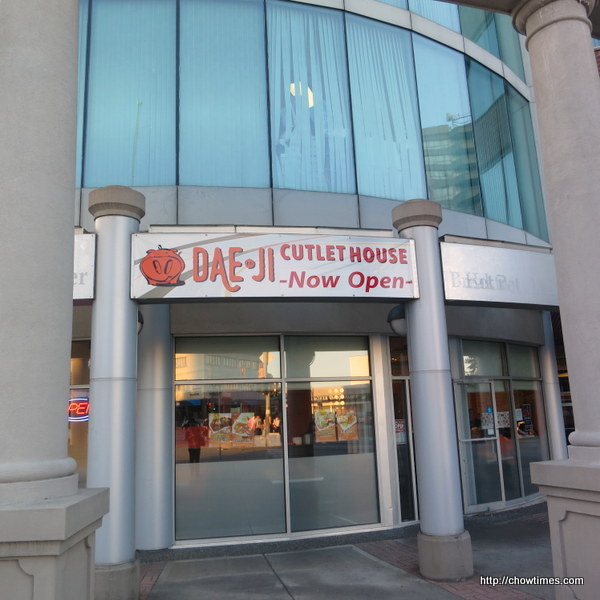 We walked across the hot spot to have dinner at Dae Ji Cutlet House. It is a relatively new restaurant. 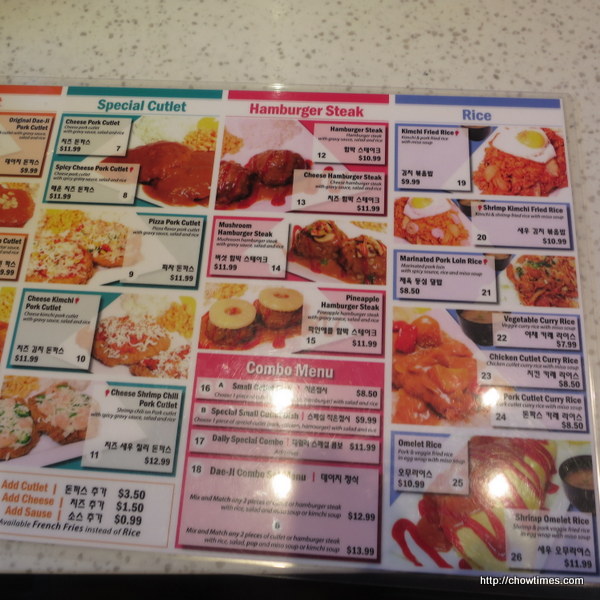 The menu is not too big and some pictures of food is always good. 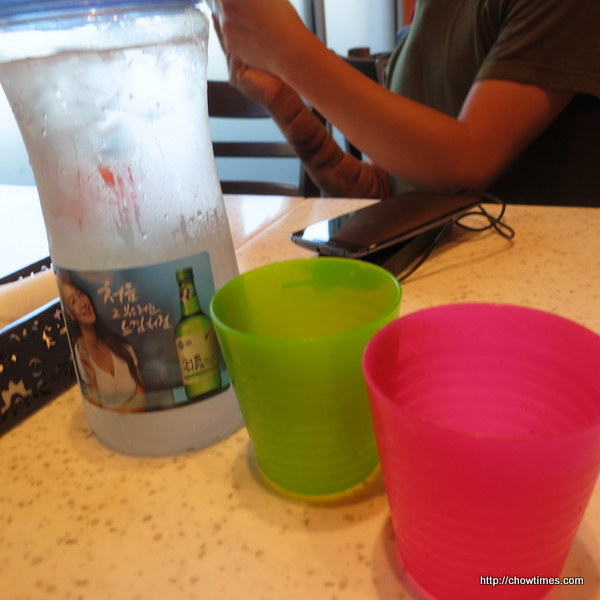 The typical setting of a Korean restaurant, ice water in a bottle and plastic cups, practical. 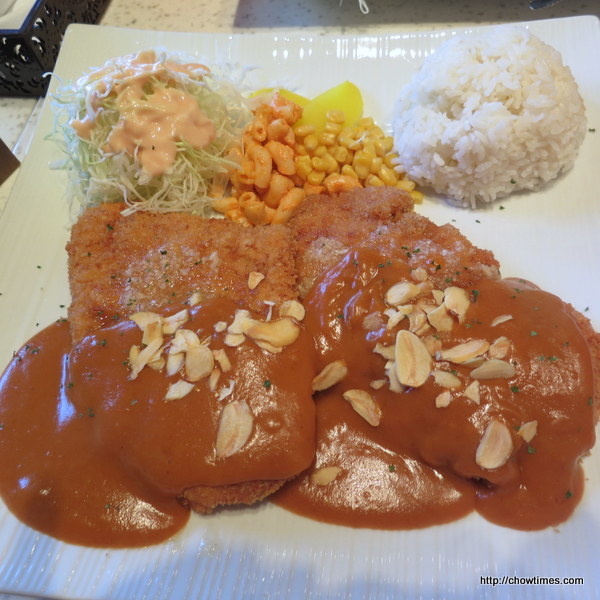 Ben ordered the Garlic Pork Cutlet to share with me. The pork cutlet is served with garlic spicy gravy, salad and rice. END_OF_DOCUMENT_TOKEN_TO_BE_REPLACED

It was one of those rare moments that everyone in the family collectively agree on what to eat.

Usually the weekend would start with us asking the boys what they wanted. I don’t know why we always do that because we almost always end up over-ruling them. Arkensen would say anything sushi – he doesn’t care where as long as it is sushi. The problem is mummy does not like raw food. Nanzaro first choice is usually a HK Style Cafe and hates the fact that mum and dad always want to go to somewhere new. As for Suanne, she will just say “anywhere you all want” and then when the suggestions came she will rule them out one by one. Don’t ask her. Me … I am always indecisive. I got such a ridiculously long list of restaurants-to-try that it ceases to be of much use.

This time it was surprisingly unanimous. When I suggested “ramen”, I got an all-round “yeah”. And then when I suggested that I drive all the way to eastern reaches of Burnaby, the boys even said “sure, OK”. Normally they would protest if we ever drive across the bridge out of Richmond. Hmmm … I was wondering if they are hiding bad grades from us, or failed to complete their homework or something. They are not normally that agreeable. 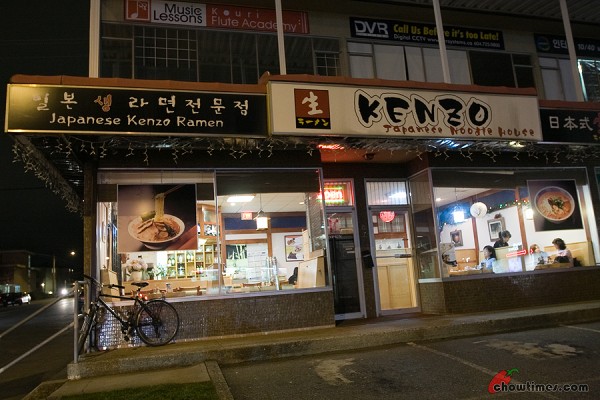 So with the boys’ blessings we drove all the way to Burnaby to Kenzo. It was quite a drive from home. All the way from south Richmond to the far reaches of east Burnaby, that drive must have been 40 minutes.

I had always wanted to try Kenzo but even though it was near my office, I did not. This is because Suanne loves ramen and I wanted to save this place so that she can be there too.

I had always assumed Kenzo is a Japanese restaurant. It was only before we walked in that we realize that there are Korean scripts on the signboard too. 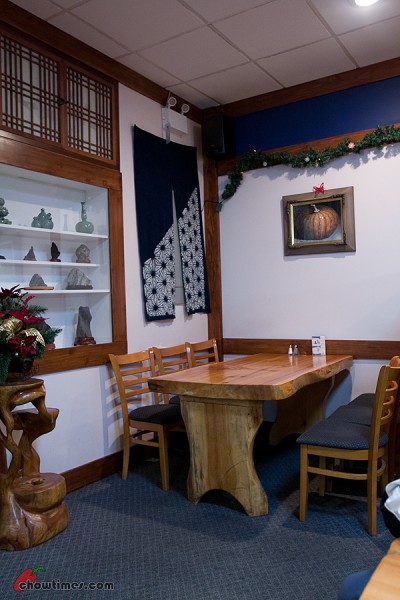 The place is clean but is cluttered in some corners. You know little things like newspapers lying at a corner and such. Nothing big. We like the heavy wooden furniture. We gave it a shake — it was really sturdy ones.

Kenzo is more Korean than it is Japanese. I overheard the waitress speaking to a customer in Korean. Other tell tale signs are the presence of a Korean service bell on the table and the stack of Korean newspapers by the door.

One other thing which I felt is also a characteristic of a Korean restaurant. You tell me if you agree. It is the presence of wooden partitions between tables. I see this in many Korean restaurants which provides a little privacy and at the same time allow them to put tables together.

Service was OK. There is one waitress overseeing the entire restaurant. So she does appear harried. She served tea which was a bit different from other places. It was nothing new but it is one of those rice-tea. Not sure what it is called though. 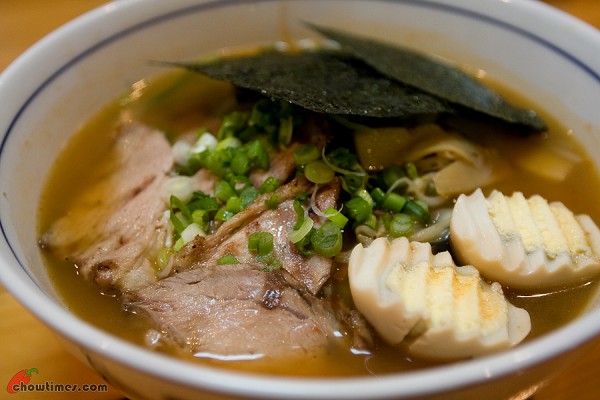 Nanzaro was quick with his order. Being the youngest in the family, he had always been the lowest in the pecking order of things. Of late he is being a lot more aggressive in asserting himself. When he saw that item on the menu right up on the top called “King of Kings”, he immediately said he is ordering that.

The King of Kings is $10 and is described as Hot Netsu Ramen with 5 toppings. I had not heard of Netsu ramen before but anyway the broth is the lighter one and spicy. The toppings includes hard boiled egg, seaweed, vegetables and pork. 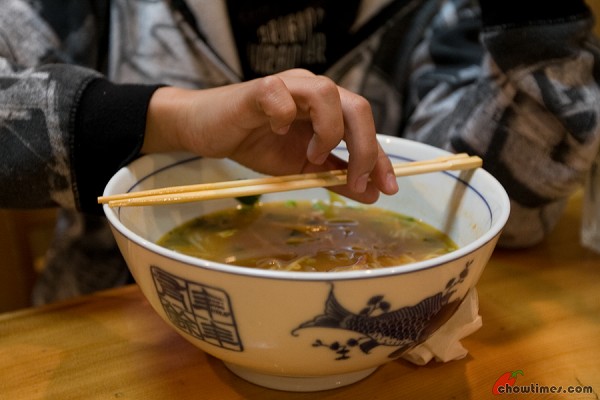 The bowls are really large. Ramen had to be large to be … END_OF_DOCUMENT_TOKEN_TO_BE_REPLACED

Right after our dinner at Ddoo Gau Bee, we decided to go downstairs and check out the dessert place. 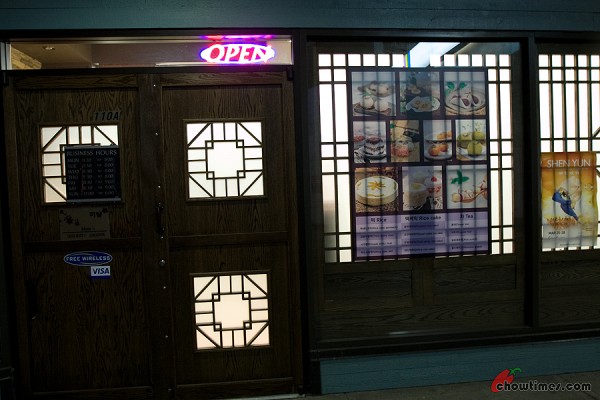 We had passed by this place before and was attracted by the beautiful looking rice cakes displayed at the entrance. This time we made a point to save some stomach room for dessert after the dinner at Ddoo Gau Bee.

This place is kind of mysterious to us because you could not see what is inside. 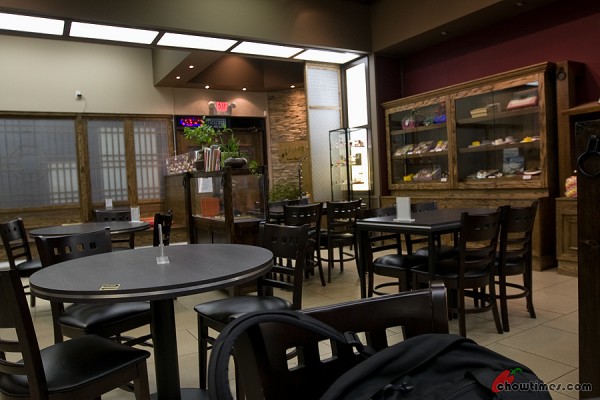 We were very surprised how nice this cafe is. It looks like a very traditional Korean restaurant. But it is also so eerily quiet. Besides us, there were only two other couples. For a moment, we thought they were about to close or something. 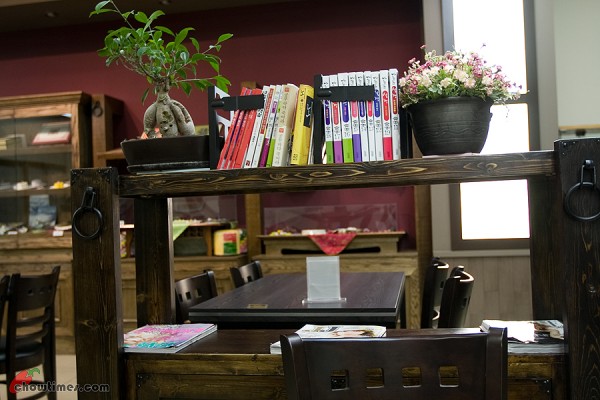 It seems like they encourage their customers to hang out here. They have shelves of books, magazines and board games that you could use.

Frankly, we felt kind of awkward here. The waitress here does not speak English well and it seems like she is uncomfortable serving us because we don’t speak Korean.

Anyway, not knowing what to order, we just pointed to some of the more colourful rice cakes they have on display. To our surprise, she told us that almost every rice cakes are not available and need to be pre-ordered. We initially found that kind of strange. 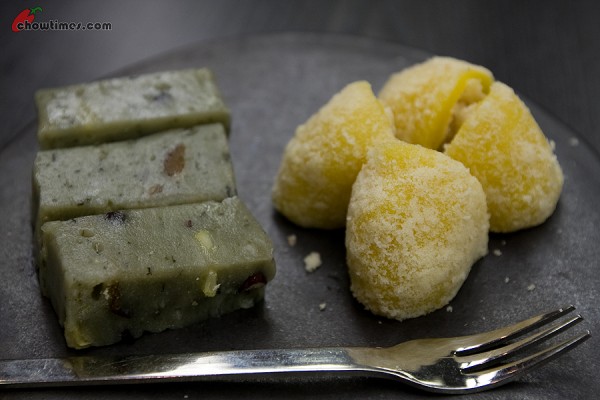 They have a limited selection of rice cakes on display at the counter. So, we ordered a couple to try.

The one on the left is called the … END_OF_DOCUMENT_TOKEN_TO_BE_REPLACED