Nanzaro had his fair share of eating adventure of his own. He was invited to the Wikia Community Connect U.S.A 2016 which took place at Wikia’s San Francisco office in August.

Here were some of his food adventure during his trip. The above was a shawarma dinner buffet at the wikia office. 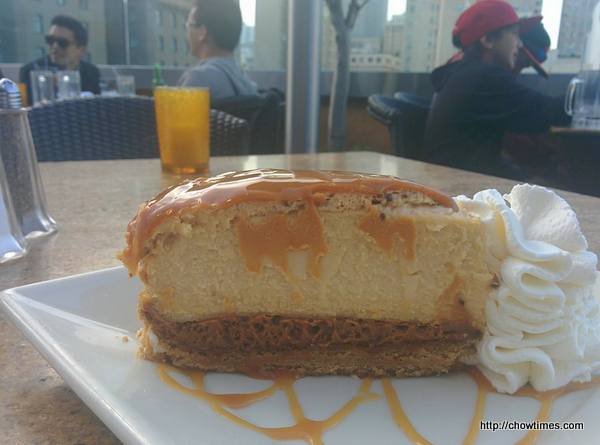 Cheese cake from The Cheesecake Factory.

Here were some of Arkensen's eating adventure during the summer. He went to Seattle for a week for the Dota 2 champion. The above was his favourite brunch from the…

After breakfast, we stopped by Costco to pick up some snacks for Arkensen. This is his first trip that he will be all by himself. 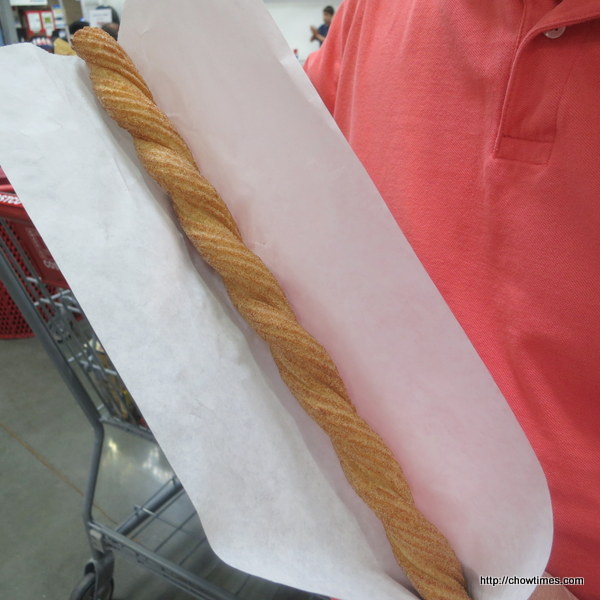 We shared a twisted churos from Costco. It is flavoured with cinnamon sugar. I find that it was dry. Arkensen had most of it as he did not eat anything for breakfast.

Nanzaro wanted to try the ice latte which I find too sweet.

After shopping at Costco, we proceeded our journey to Seattle City Center. Arkensen wanted to pick up his ticket and pre-ordered stuff from Key Arena so that he does not have to rush the next morning for the event.

The Secret Shop is where he picked up his pre-order items. Last year, he lined up for 5 hours to buy stuff from Secret Shop. It was a great idea to have the pre-order this year.

After lunch, we started our long journey home. Ben had to make a pit stop at one of the rest stop as he felt sleepy after a big buffet lunch. He took a short nap before continuing the drive home.

The drive on I-5 was not always smooth. Sometimes the traffic just slow down without apparent reason. Nanzaro requested for dinner since he is a growing teenager. Ben and I were still full. So, Ben made a detour and stopped at Jack in the Box.

END_OF_DOCUMENT_TOKEN_TO_BE_REPLACED

Continue ReadingJack in the Box

On Sunday morning, Nanzaro and I had breakfast at the hotel which comes with free continental breakfast. Nanzaro had a diy waffle while I had toast. Ben skipped his breakfast.

We checked out after breakfast and drove to Oregon to do some shopping.

After shopping, we decided to look for a buffet place for lunch. We found Hometown Buffet via Urbanspoon.com.

Hometown Buffet belongs to the same group of buffet as Old Country Buffet.

The spread of the food is similar as Old Country Buffet. END_OF_DOCUMENT_TOKEN_TO_BE_REPLACED

After settling down in the hotel in Kelso, we walked out to scour the neighbourhood for dinner. We picked Shari’s over Denny’s as we can find Denny’s in Vancouver but not Shari’s.

Ben ordered Grilled Chicken Penne Alfredo. It was rich and creamy. The grilled pita on the side was really crispy.

I had the BBQ ribs which is on limited time offer. I opted for the yam fries with $0.99 extra. My meal came with cornbread and butter and a side of coleslaw. END_OF_DOCUMENT_TOKEN_TO_BE_REPLACED

Since we did not manage to complete the Dead Horse Creek Trail, we decided to do the easy trail which leads to Myrtle Fall.

The steps lead to the starting point of most all the trails.

At last, we reached our destination; Paradise on the south slope of Mount Ranier.

Paradise in a popular destination and parking was difficult; We only found parking a long way down the road. But the view of the valley with residue of snow on the slope was spectacular. We walked past several water falls just from where we parked our car to the visitor center. END_OF_DOCUMENT_TOKEN_TO_BE_REPLACED We stopped at several view points during the drive from the entrance to Paradise. The above is Kautz Creek. A big pine cone found on the ground at one of the stops. END_OF_DOCUMENT_TOKEN_TO_BE_REPLACED

After breakfast, we started our journey to Paradise, Washington.

The first place we hit was Mossyrock Park. It was a nice camping ground with the view of the Riffe Lake. We just did a drive through the camp ground and proceed on with our journey. We simply love the drive with luscious greens on both sides of the road. We then came upon the Mossyrock Dam. It is the tallest dam in Washington state, standing 606 feet above bedrock. Mossyrock Dam generates about one billion kilowatt-hours of electricity each year. END_OF_DOCUMENT_TOKEN_TO_BE_REPLACED