Out of the four pizzas that the seniors made in the South Arm Cooking Club for seniors, I like this most. Perhaps, it’s the cooked sausage and sauteed onions and fennels which gives this pizza a lot of flavours. Joyce, Karen and Sydney worked together to make make this pizza.

Although I’m not a fan of olives, I find that the taste of these black olives is quite mild. I love the sweetness from the sauteed fennel and onion and a hint of spiciness from the Italian sausages. This Sausage, Fennel and Olive Pizza gets the thumbs up from me. 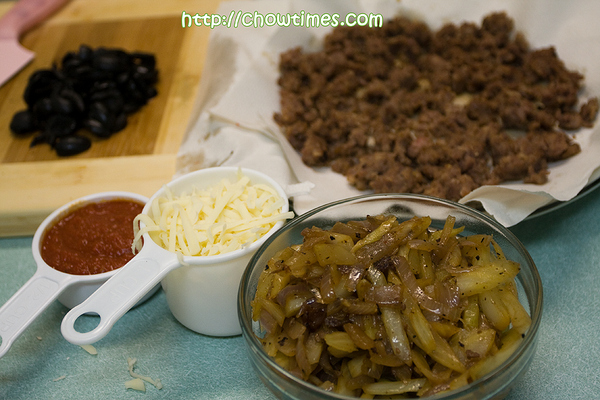 END_OF_DOCUMENT_TOKEN_TO_BE_REPLACED

Despite the name of this post, nope, this is not about my recipe. This is about an unpretentious eating place which had turned out to be a Washington DC landmark and had been here since 1958.

We went to Ben’s Chili Bowl right after our visit to the Library of Congress. We had actually wanted to also visit the US Mint too but … oh wow … those guys at the US Mint did not allow anyone who has a camera in. They don’t care if you put it in your bag, or even take out the batteries but if you have a camera, they won’t let you in. They don’t even have lockers for you to lock up your camera. Ooops … I digressed … back to food. 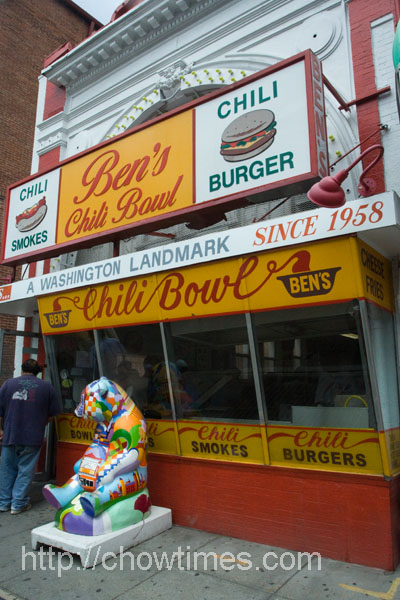 Sorry if I don’t understand food like hot dogs and sausages. What amazes me is how a place like Ben’s Chili Bowl had become such a landmark of a national capital. If I am not mistaken, I recall someone (Jason?) remarked on chowtimes that the food here is over-rated. I think that observation is right. But then it is still a great place to grab a quick bite.

Judging from the looks of the place, this is certainly a local favourite. Lots of people for sure but the place is larger than the looks from the outside and the table turnaround is very quick. I see quite a lot of office workers (or at least they look like office workers) here.

I read that Ben’s Chili Bowl had always looked the same right down to the furnitures, menu and look for the past 50 years.

Bill Cosby made Ben’s Chili Bowl famous around the world. Story has that this cheap guy brought his future wife to Ben’s Chili Bowl on dates. And that is dates with a “s”. He had also often had press conferences at this restaurant. That is why there is a posted sign here that says here a list of customers who can eat here for free … and that list has two lines: “Bill Cosby” and in capitals “NO ONE ELSE”.

Oh I went into their washroom and guess what I found. They actually provide chalks and encourage customers to draw graffiti on their walls! 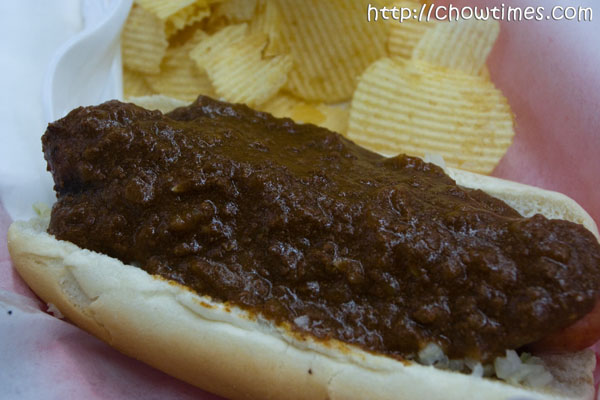 The above is the food that makes Ben’s Chili Bowl famous — the Chili Half Smoke. I am not sure why they called it a half smoke as I can clearly see they grill the sausages. Anyway, a Half Smoke is basically a larger, meaner, coarser version of a sausage with more spices. END_OF_DOCUMENT_TOKEN_TO_BE_REPLACED

Lorna did it again. She amazed the cooking club by showing us how to make Taiwanese Pork Sausage. The Taiwanese Pork Sausage was fragranted with cinnamon. It is not the regular cinnamon powder we normally used for baking. Lorna bought the cinnamon powder from Chinese herbal shop (known as ‘yoke kwai’ in Cantonese). It is quite an expensive herb as two teaspoons cost $7.

The Taiwanese Pork Sausage can be baked, pan fried or grilled. The photo below is the baked version. 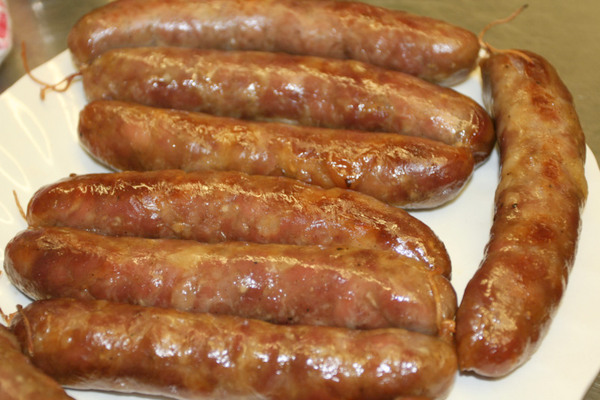 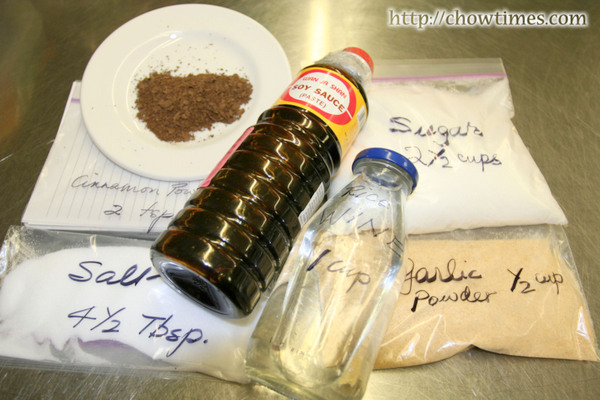 Lorna bought the sausage skin which is the pig small intestines from this meat shop in North Burnaby. 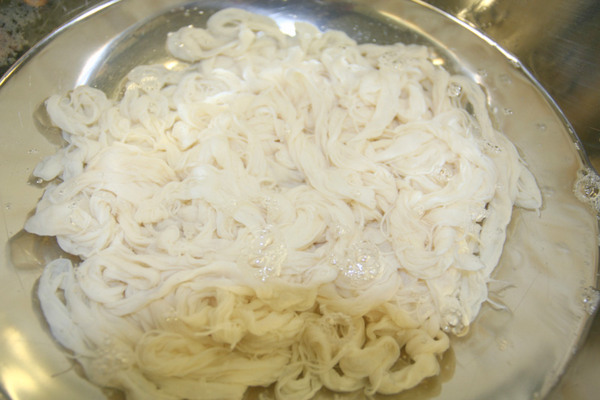 END_OF_DOCUMENT_TOKEN_TO_BE_REPLACED

Everything has an end — except for a sausage which has two.
~ Danish Proverb

This was what Suanne made for dinner yesterday. She found the recipe from the internet. It has been one of the more frequently made dish at home. Suanne says that she likes to make this dish is because this is the only way she can make Nanzaro eat carrots. Here is how it looks like: 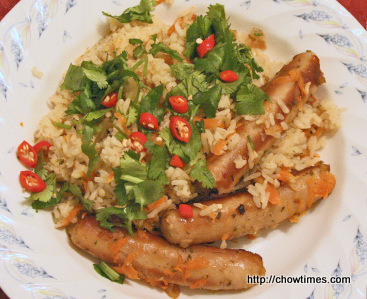 It’s quite an easy meal to make. It will take about 1.5 hrs in all, including baking and preparation time. It’s has everything one needs for nutrition … vegetables, meat, carbohydrates … all in one pot. Cleaning is also easy because it’s just one casserole and dry plates to wash.  END_OF_DOCUMENT_TOKEN_TO_BE_REPLACED