Well, well, well. Mary Stacy was quite sharp. She noticed that we normally tip in the region of 10% when we eat out. Now that it was brought up, I think it’s a very interesting topic.

We had always thought (and still believe) that Canadians generally tip in the region of 10% to 15%. That is to say that we generally tip 10% and only 15% or more if the service is good. Well, that had always been what we normally do.

We do observe and practice tipping more when we are in the US. I believe the norm is to tip at least 15% and up to 20% and more if the service is good. So, when Mary Stacy mentioned that 10% was low and that I think she’s from Chicago, I am kind of not surprised she mentioned it.

I could be wrong. 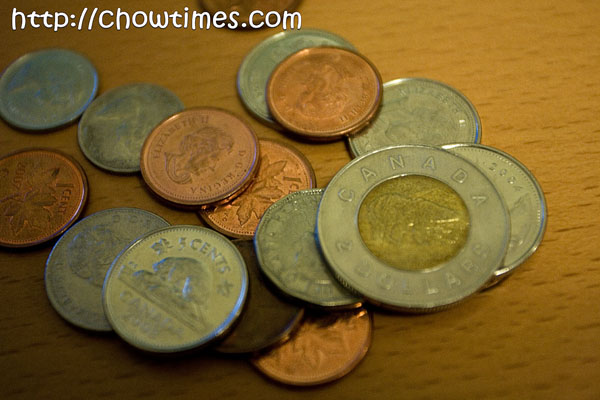 So, here is the question for you all … I mean you ALL readers … I mean not just readers from Canada and the US … can you share with me (1) where you are from and (2) how much do you typically tip? Just take a few seconds and respond with a comment.

I will collect all responses and summarize them. It will be very interesting to know, I bet.

Update 18Jul: FYI, here is what I found on wikipedia about tipping in Canada:

Whew! It’s good to know we were not so cheap after all. LOL!