This is the second full day in Washington DC. We had planned for this day to be largely a “Monuments Day” where we spend our time on the western part of the National Mall. The first stop of the day is at the most important monument of all of DC … the monument that is dedicated to the man who won independence for the United States.

The Washington Monument was built over 40 years. Construction were stopped for sometime because of the American Civil War. If you look carefully, at the picture above, you will see that the lower 1/3 part of the monument is lighter than the top part. At the time it was completed in the late 1800s, it was the tallest structure in the world until the Eiffel Tower in Paris took over the title.

We were at the base of the Washington Monument very early … about 8AM or so. Already there were a lot of people lining up to get hold of the passes to visit the top of the monument. We were surprised to see such a long queue but really as soon as the box office was opened, the line moved along very fast. 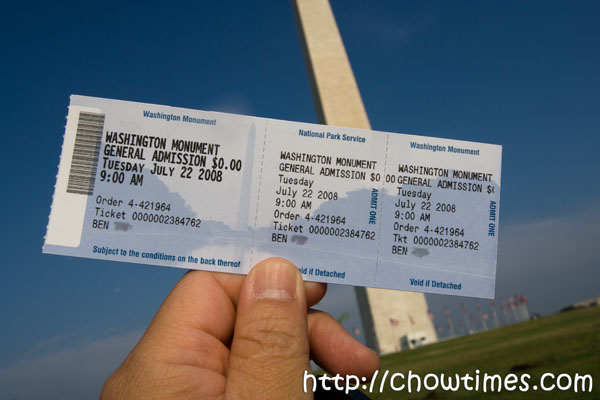 We did not have to queue up because we got the entrance passes before we left Vancouver. You can get the passes to the Washington Monument through their website. They take just a few days to have it mailed to your home address. It costs about $3 for handling charges if you want to go down this route. 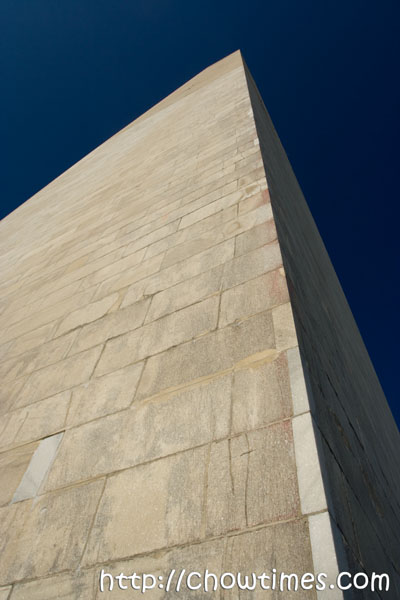 The Washington Monument’s height is 555′ 5″ … a very easy number to remember. Is the numbers supposed to mean anything? Anyway, the Washington Monument is made of marble, sandstone and granite donated from all parts of the country. Despite it being about 150 years old, it is amazingly very well maintained.

The base of the Monument is very simple. It is surrounded by the American flags. The entrance is basically a security check area. 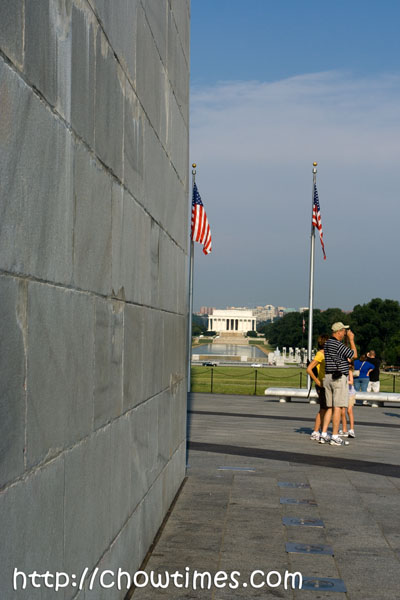 The Washington Monument is located on top of a mound which gives a great vantage point to the Lincoln Memorial and the US Capitol. Because they regulate the number of visitors by issuing (free) timed passes, the entire area is not crowded. 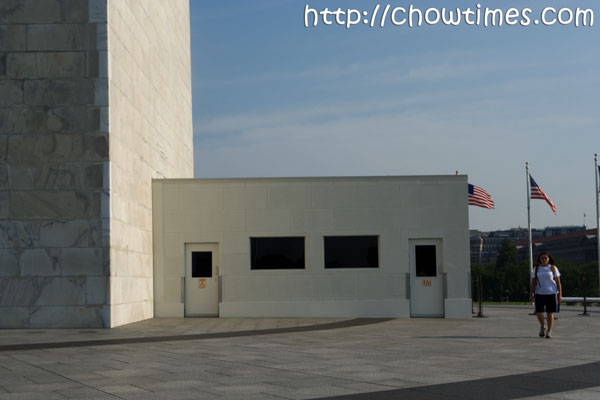 They screen everyone carefully here and only let less than 10 people into the security check area at a time. Even though our appointed time is at 9AM, we did not get into the building until almost 9:30AM.

Once in, it’s very comfortable … the place is air-conditioned and have seats while we waited for the elevator that whisk us up to the top.

Prior to getting on the elevator, there is a bronze replica of the Houdon statue of Washington.

On the elevator ride, it took us longer to go down then to go up. You know why? It is because they slow the elevator down to describe to us all the various sections of the monument as donated by the various states in the US. 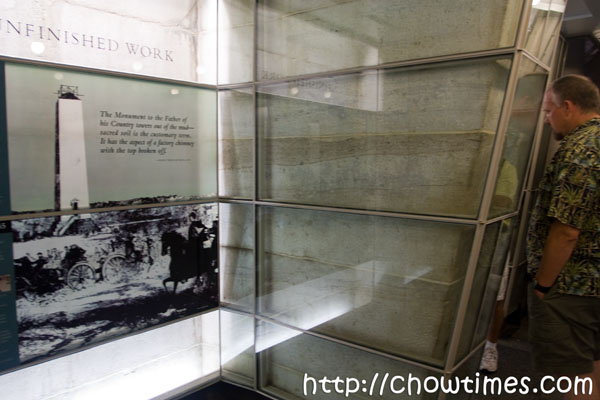 At the top there is an exhibit area telling the story of Washington and of the Washington Monument. 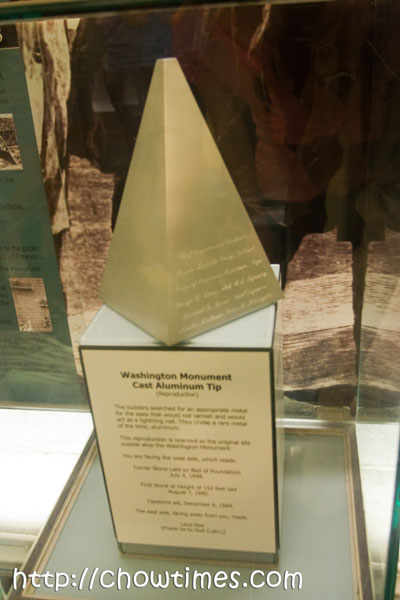 The above is the replica of the cast aluminum tip of the monument which is used to protect the Washington Monument from lightning strikes. At the time of construction, aluminum is a rare metal but was chosen because it does not tarnish and works very well as a lightning rod.

We spent some time taking pictures from the top of the monument. It was a muggy day and the pictures did not come out as well as we wanted. 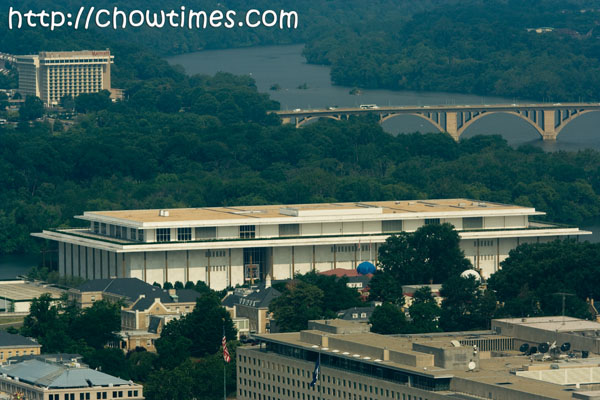 I am not 100% sure but the building above is dedicated to Kennedy.

The Jefferson Memorial. We did not manage to go there.

The US Holocaust Museum. That’s where we headed to next after the visit to the Washington Monument.

Washington DC: Getting Around and Accomodation

Washington DC: The Library of Congress