This was to be a long day. It was because the Bullfight was to start at 10PM. We went back to the hotel to nap before heading out again late at night. I can see now why people tell me that the people in Spain sleep really late. 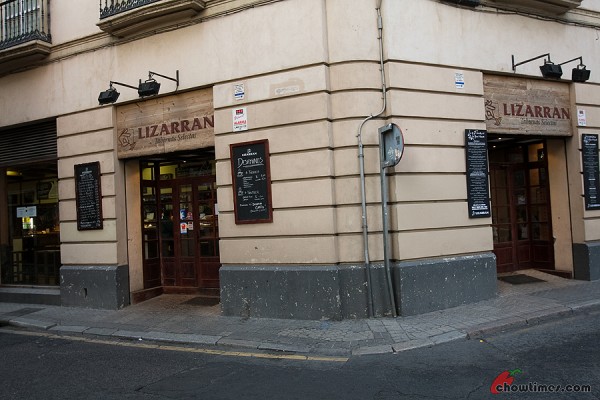 We went out at 7PM for dinner. There is an East Indian restaurant near the hotel. I wanted to try that because I seriously need real Asian food after so many days in Spain. Paella does not count, even though it is rice. Suanne kiboshed my idea saying I am crazy to want to eat Indian food, of all places, in the middle of Spain. Suanne said Tapas … but one that has toothpicks.

You see, we read that traditional tapas are served with toothpicks. You are charged by the number of toothpicks left behind. It was not hard to find. 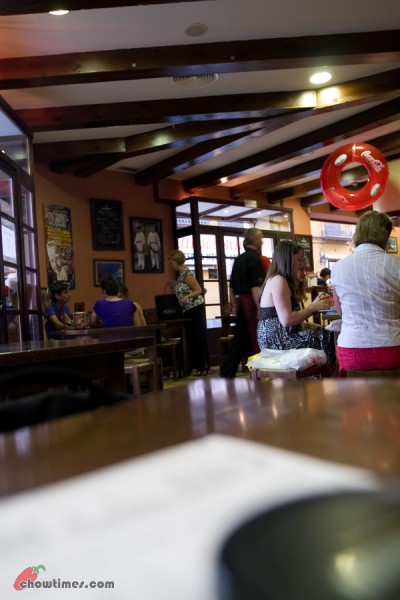 This place we went to looked quite traditional. It has low tables and stools.  It is also very smokey. We can’t win … if we wanted traditional Spanish Tapas Bar it will be smokey.

It is kind of a self-service place. We take the tapas from the bar on our own and go find our own table. The tapas are replenished with new types every now and then. When they have a new tapas, they bring it to each tables asking if anyone would want them. 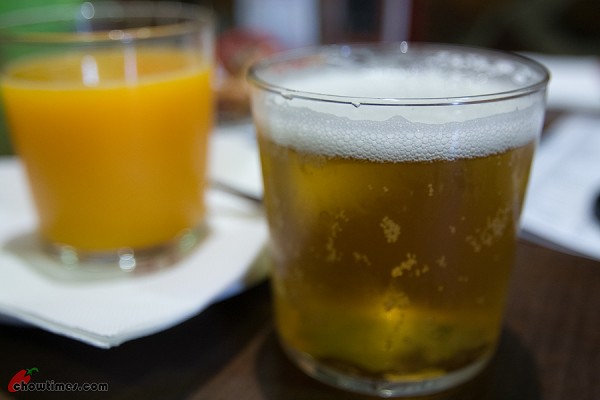 Other than that, the only table service is for drinks. We ordered beer and orange juice. It was real strong … it went right to my head immediately. My face flushed up immediately that the tapas server laughed at me when he saw how red my face was. 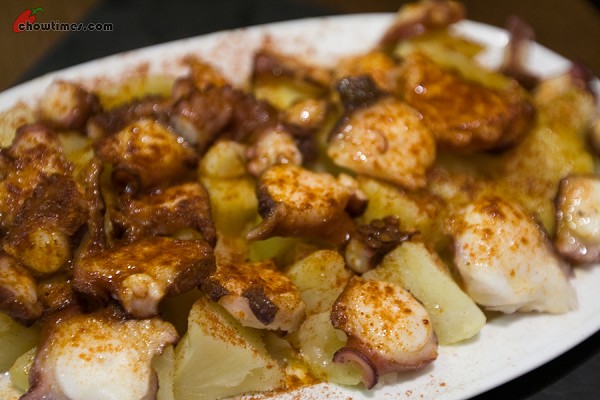 Besides tapas, they also cook to order. I showed them my list of Spanish food and ask them if they make any of them here. They do!

So we had the Polbo A Feira which is translated as market fair style octopus. It does look spicy, does it? It is not at all. The redness you see is from paprika. It is served with boiled potatoes. The best part of this dish are the … 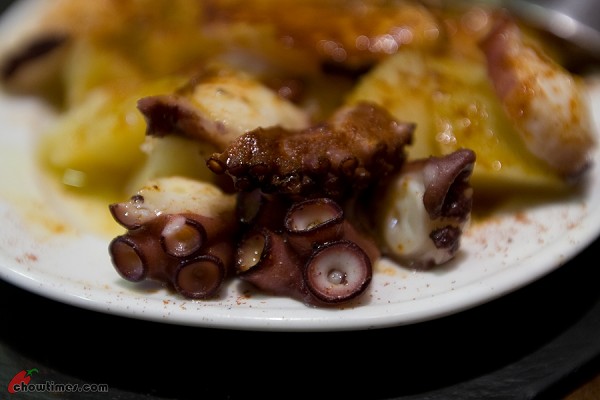 However, not many people will find the point to this dish. There is not much taste to our dish. We had to add some sea salt to flavour it up. The meat is springy (not rubbery). I actually like it despite its relative blandness. This dish costs €10.50. 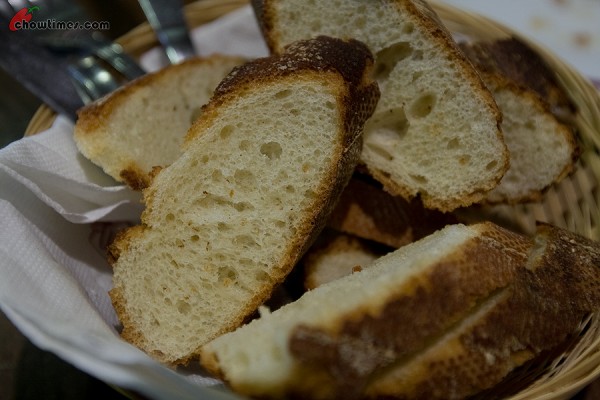 Traditionally, the Polbo A Feira is eaten with bread and wine. Their bread was pretty good. 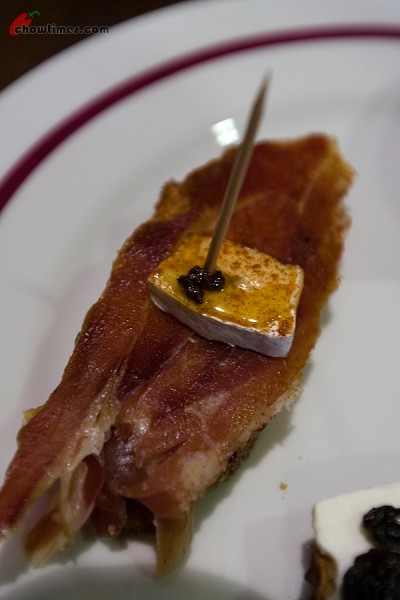 Oh back to the tapas. We ended up ordering quite a number of tapas. Some we selected from the bar, others were brought to our table.

The above is cured meat and cheese. 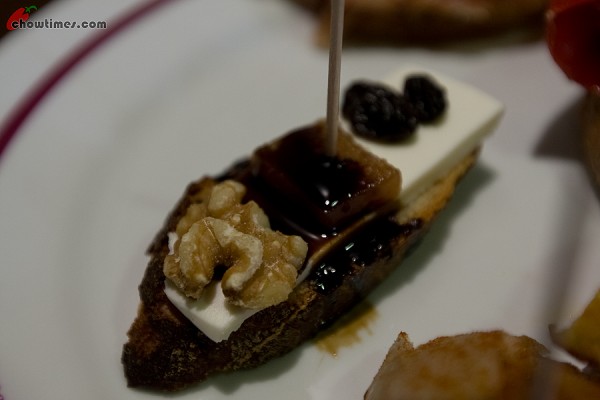 We like the one above. It is Cheese, Walnut, Raisin, and Chocolate Sauce. It is like a dessert to us. 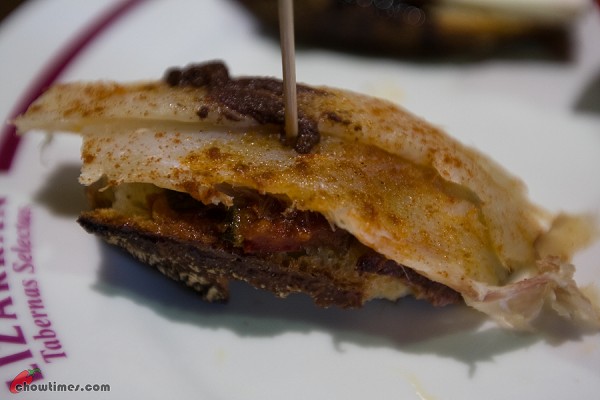 The fish was very rubbery and tough. It was awkward chewing it. 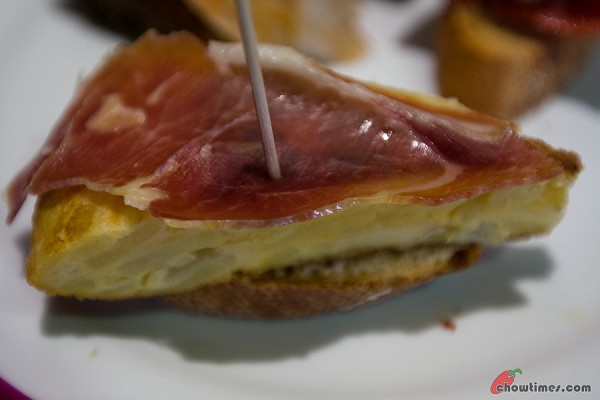 The potato omelet and cured meat reminded us of two of the favourite Spanish food … the tortilla patatas and jamon iberico. 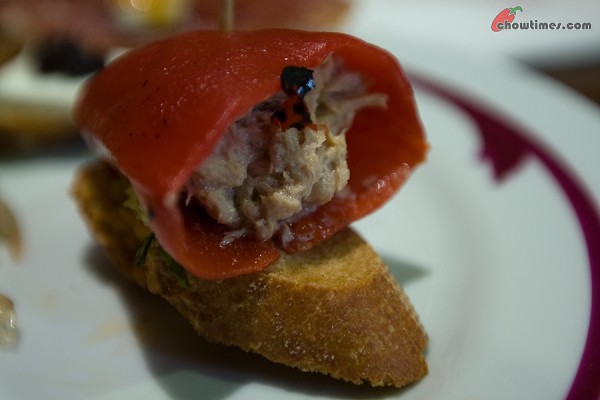 The Pepper Stuffed with Tuna was alright. Not hot although the pepper looked angry hot. 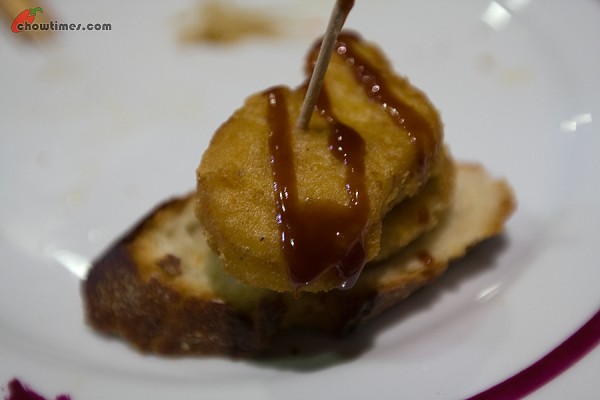 The item below looked more American to me. It was one of those that were brought around to our table. It was hot-hot. Know what it is? Chicken Nuggets! 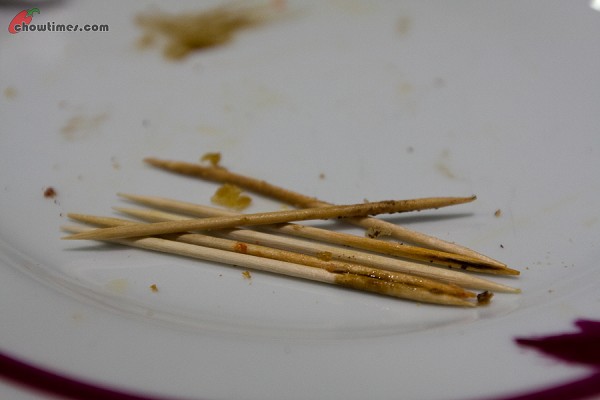 With this meal, we checked off the “Tapas with toothpick” from our to-do list.

Continuing The “Cultural and Gastronomic” Vacation Series of Spain