Some of the best things in life is free … agree?

I know this is controversial but I had decided to proceed with the plan. If some of you recall in this post, I proposed a wild suggestion which I call a win-win-win proposal. Seeing so many restaurants put up ads in the papers announcing their Alaskan King Crab offering, I thought it they could instead take part of the advertising budget and use it for the benefit of chowtimes readers. I suggested that it go into treating chowtimes readers a dinner, a FREE Alaskan King Crab dinner.

Like I said, it is a controversial plan and I will explain it at the bottom of this post. Right now, I want to get to the action part!

The plan is to be a win-win-win situation where:

A restaurant did actually respond. It turns out that it was a restaurant that Suanne and I know quite well too. So, with that the plan is a go!

This is how we are going to do it … 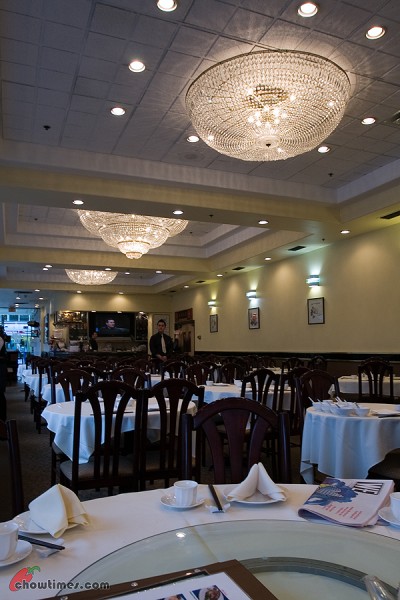 The Alaskan King Crab dinner will be hosted by the Golden Great Wall Restaurant. It will be a full dinner centered around the largest Alaskan King Crab that they can find. The details of the menu will be finalized over the next few days but what is certain is that it will be a AKC made three ways.

The beauty of this is that it will FREE. The Golden Great Wall Restaurant will be giving readers of chowtimes a table of ten. With Suanne and I taking up two seats, there will be eight seats available. Here are the details:

When I did the draw for the $100 gift card for Lumiere, there were 261 entries. I think the demand for this dinner will be at least equally as high. So we will make available double seats for FOUR lucky people (i.e. each winning person will get two seats).

You can enter the contest via commenting on chowtimes or in Twitter … or both together to enhance your chances. Here are the instructions:

The results of the contest will be announced sometime on Thursday, March 10th.

It goes without saying, this is opened to only people who can make it to the dinner. If you can’t come or you live outside of Vancouver, it will waste your time if you enter.

But seriously, I know I need to address the controversial aspects of this win-win-win plan.

Suanne and I realizes that chowtimes has a good following because of who we are and we also know that it is important to many people that chowtimes does not change. I want to say that chowtimes will NOT change. The whole thing of chowtimes reaching out to restaurants, I know, does not sink in well with some.

We are doing this because I wanted to see if i can pull this off. I am curious if this sort of wild idea can ever work and I had never seen it done yet.

I thought that this is inline with our policy to not take any freebies for ourselves. Instead, we had always asked for these to be given to our readers when offered. As some of the regular followers know, we had been doing this regularly with:

Yeah, I think the controversy around this is because that this time it is chowtimes that reached out to the restaurant where previously it was the restaurant who contacted us. We apologize if by doing so, we had let you down. We did not think of it in that way when we proposed the win-win-win plan but I think you are right.

Still, I will continue with this plan purely from the experimental standpoint and I don’t want to “take back the sand” (“sook sar” in Cantonese). You can be sure that we will be extra careful doing so in the future … not that we think it is wrong to do as long as our intention is only for chowtimes readers.

A Treat for Chowtimes Readers at Charm Modern Thai