Suanne is so tired of asking me to finish off writing the our “cultural and gastronomic” vacation to Spain last summer that she doesn’t say it anymore. She just bump the drafts of these posts right up to the top of the queue just to remind me, it’s there.

Last summer we had a great time in Spain. “Last summer” as in 2009, not 2010. We toured three cities. Barcelona, Seville and Madrid. That trip opened our eyes to the Spanish culture and how the world could have been different today if the English Armada did not destroy the mighty Spanish Armada … o de otra manera estaría escribiendo esto en español.

We started off in Barcelona the Barcelona series here. There was not a lot of planning on our part for the trip. I was so busy at work that I only got to think about this a couple of days before leaving Vancouver. Yeah, that created a bit of anxiety on Suanne part.

We made the trip using the company’s travel passes which is one of the best perks I had. The trip costs less than $500 per person and it included flights and hotels too. Can’t beat that, can you?

Without a lot of planning, the first leg of the vacation was more than we bargained for. We went up the Christopher Columbus Monument that marks the very spot where Columbus made his triumphant return from the New World and was officially greeted by Isabel and Ferdinand.

It was a total unexpected bonus to learn that the Tour de France had a stage ended in Barcelona on the second day we were there. Many years ago I was an avid cyclist and ride to work almost everyday. I also followed the Tour de France every July on TV. So it was a dream come true to catch not one but TWO stages of the Tour.

Yeah … I got a fleeting glimpse of Lance Armstrong!

Our jaws dropped at the magnificence of The Sagrada Familia. I had been to many many churches and cathedral throughout the world but this one is just simply the best. Gaudi started building this in the year … END_OF_DOCUMENT_TOKEN_TO_BE_REPLACED

Continue ReadingContinuing The “Cultural and Gastronomic” Vacation Series of Spain

We don’t normally post about hotels but we will make it an exception this time. This is because we were so pleased with the hotels in Spain throughout.

We were particularly impressed with the hotel in Seville. Even though it was a last minute booking, we managed to snag a hotel called the Best Western Cervantes Hotel right in the middle of old Seville. It was just €50. We did not expect much especially with a “Best Western” name to it. We selected this primarily because of the low price, location and the reviews we found on Trip Advisor. 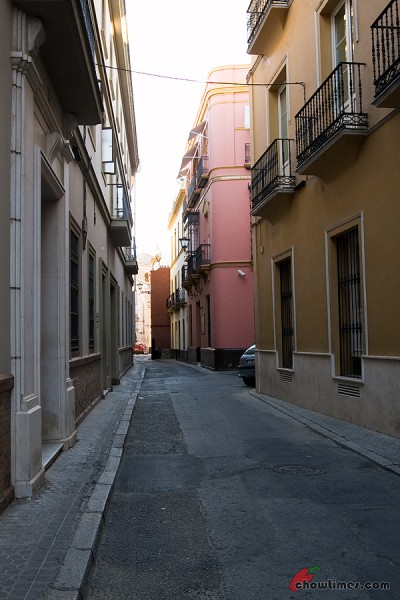 The Cervantes Hotel is located right in the old city. Despite the name, the streets were meticulously maintained and kept spotless clean. It was a quiet section with hardly any cars. One thing that struck us is how narrow the streets are here. It is just enough for 1 car.

We had come to learn to rely on the blue H signs outside of all hotels. That denotes the star ratings of the hotels in Spain. I learned from our guide book that hotels are highly regulated. When you see a three star, you really get a three star hotel. (US hotels are the worse I find when it comes to ratings).

They have the room rates posted clearly on the check in counter. It is a requirement by law to protect guests.

Regardless, when you book for a room, compare the rates between what is available on the web (expedia, orbitz, hotels and such) and direct with the hotel.

Here is our experience. We started off with 3 nights in Barcelona. When we wanted to extend our stay to 6 nights, we were quoted by our travel agent €150 per night — we said thanks but no thanks. When we got to Barcelona we asked the hotel and was told it is €110 per night. I then checked the web and the lowest quote I found was just €75. So, I booked the additional nights on my notebook (connected to the hotel’s wifi) right there and then at the hotel checkin counter. They were cool about it.

If you care to see, here are some of the shots we took of our hotel in Seville: END_OF_DOCUMENT_TOKEN_TO_BE_REPLACED

I am picking up from where I left off on our vacation in Spain this summer. This is a continuation from our first stop in Barcelona (link to to the entire series here).

After spending six days in Barcelona, I was flip-flopping about where to head to next. On one hand I think Suanne would love London but I also wanted to go to Morocco. Alternatively, we could go to Seville with the primary objective of dining at the alternative El Bulli.

So I went and try to book a flight to London. But it was so expensive when I booked it just 2 days before. The cheapest was something €300 per person return. So it immediately kiboshed the idea.

As for Morocco, the flights were cheaper. So we asked the people at our hotel and they advised that we should not travel especially when we are not with a group. We did not want to follow a tour group because we don’t like being brought to shops and stuff. Our guide book also said pretty much the same thing — third world country and needing to be careful about being fleeced, etc. Moreover, Suanne is not too keen for that kind of adventure.

So our decision was hinged on getting a table at the El Bulli Hotel in Seville. After three days, we got a confirmed table for a Friday evening. That clinched it. Seville it is.

It was really last minute. We decided to fly from Barcelona to Seville instead of taking the train. So we booked a flight on Ryanair, a no-frills budget carrier at €85 per person. It was not a very good idea!

Firstly, Ryanair flies out of the Girona-Costa Brava Airport which is a good 90km outside of Barcelona. It did not occur to us to check before we booked the flight. Good thing that there is a regularly scheduled bus from Barcelona city center to the airport. The one hour bus ride costs €12 per person.

The airport was like a market! There was thousands of people. The check in process is really confusing that caused to line up twice — once to check in and another time to pay for the extra luggage we had (€20). Budget airlines are not really cheap if you are not careful of the extras that could add up. 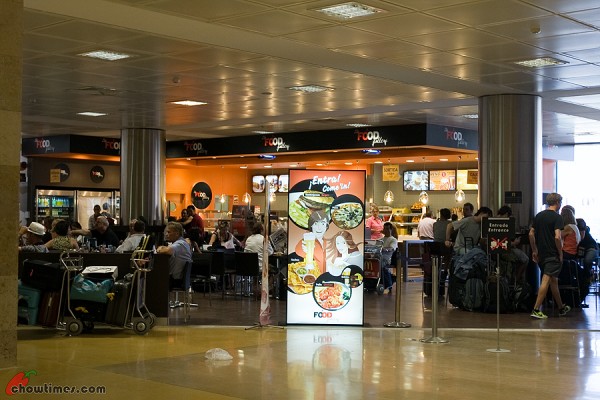 We were so afraid of missing the flight because the line was moving so slowly. We managed to get it all done with 30 minutes to spare. So we decided to grab something quick to eat since it will be quite late by the time we get to the hotel and settle down.

The above is €14. If you do the conversion, it is $22 Canadian. On hindsight, we should have bought something before we left for the airport.

This is a series of complains. Sorry for being negative here but the flight was really bad. Here goes … END_OF_DOCUMENT_TOKEN_TO_BE_REPLACED

Continue ReadingSeville: From Barcelona via Girona on Ryanair